Belt tensioners for Printrbot.
As much as I love the idea of zip tie/laser cut and 3D printed belt tensioners, I would prefer something that works over time and is easily adjustable. Is there such a thing and where do I order?

My 3d printed belt tensioner works reliably (so far) and is easily adjustable. It was designed for the printrbot GO, but may work on others. http://www.thingiverse.com/thing:135634

Anthony: that’s for the Simple, which uses Spectra braided fishing line instead of belts… I’ve not needed to re-tension the belts on my Jr., but I’ve only had it for a couple of months (and upgraded to GT2 belts/20-tooth pulleys).

This was a very fun part of my 3d printing experience so far. So I used the zip ties to get it to print as best I could. I then printed this: 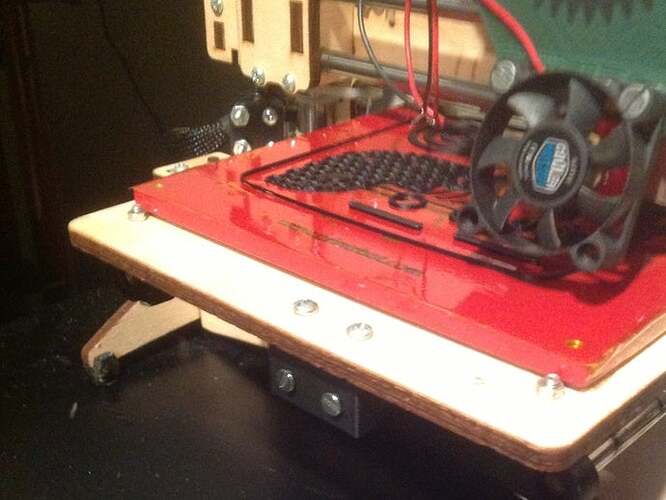 http://www.thingiverse.com/alansmk recommended this change. The mounting screws were moved further back and the total size was shortened. Thanks man, works great.

and with that printed good enough, I then printed a better version of it!

Once that was all good, I proceeded to print this: 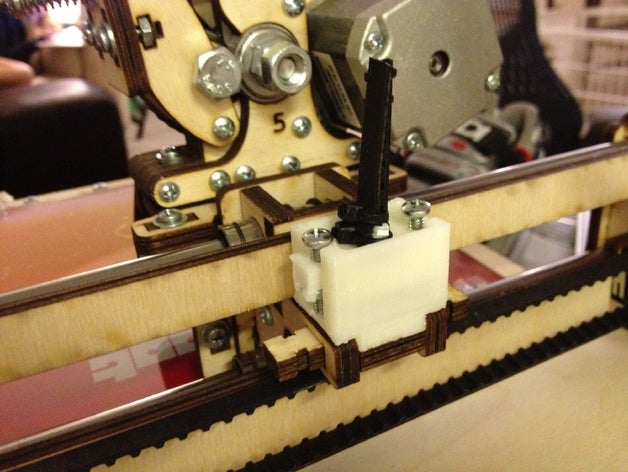 Allows you to adjust the tension on your x-axis belt by turning screws.

Loving it so far though.

I imagine some sort of metal ratcheting gear that would trap the belt.

I’m shopping for belt & pulley too. Where did you buy. I was looking at Adafruit.

I just use the springs out of old clothespins. Self-adjusting AND cheap.

@Mike_Chastain those aren’t good past 50mm/s or so. Triffid_hunter learned this a long time ago.

We designed and use this one: http://www.thingiverse.com/thing:82217

I did a refit on my Printrbot Jr this weekend. Reprinted the belt tensioner with a different filament that prints sharper corners. Doing an OK job holding the filament but it isn’t that stable side to side. I frequently use this as a demo unit so in and out of a crate quite a bit. I think the CNC guys would have a rock solid aluminum belt tensioner though…