Hotend not touching bed (“hang in the air”) is about the most common hurdles a first-time Ares user may encounter. Whereas the symptom look similar, causes vary. Years after I thought I had eradicated it from my Ares, I stumbled upon a really stupid way to run into the problem again, as I reloaded the filament. 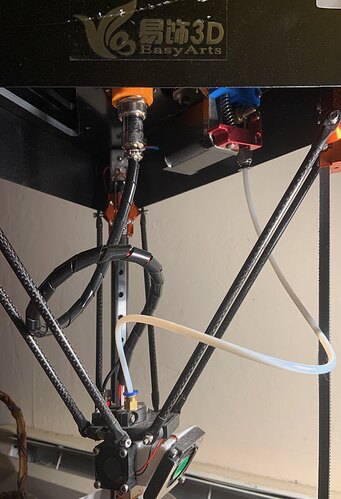 “Hang in the air” had generated long threads in the original Easy Arts forum, and the question had come up from time to time in the G+ group from which this category stemmed, e.g, in this thread. I had struggled with this so many times that I wrote a summary about several common causes in the Easy Arts forum (which is unfortunately lost). My final revelation was that the rods in most shipped units were 220mm, but the default shipped firmware set it to 200mm. After Ares Firmware (Marlin) Update in OctoPi - Google Docs, my bedding problem was finally gone. I was even able to print some objects on bare glass without treatment.

After years of idle time, I had to remove and reload the filament as the old thread became brittle. (I recently learned from Maker’s Muse that this brittleness after idle is not uncommon.) When the printer head started to extrude in the air, I couldn’t recall the many causes other than firmware mismatch and IR sensor adjustment. After weeks of panicking, I isolated the problem by manually running G29 in the console.

During attempts to print a normal sliced file, one of the confounding factors that prevented me from correct diagnosis is that the head does touch bed at the beginning, yet the first layer is extruding in the air. But when I examine terminal output of G29 output, I notice wildly inconsistent Z-values. Bad Z-values cause the firmware to calculate bad motor movements. By running G29 isolated, I was able to observe that the printer head was already off the bed before auto leveling probes even ended. Further observation revealed mechanical obstruction during the probe. This in turn revealed the underlying mistake: I routed the filament guide outside the driver rods. As the rods move during the probe, it has the tendency to push the guide against a driving belt, thus skewing motor movement and corrupting readings. 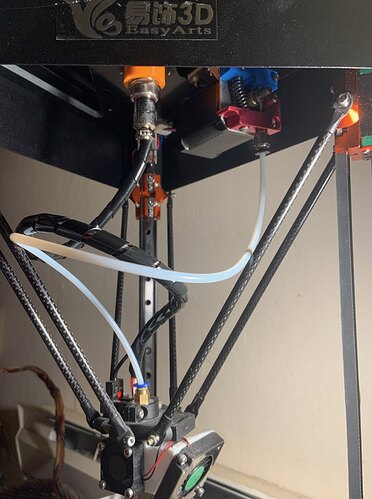 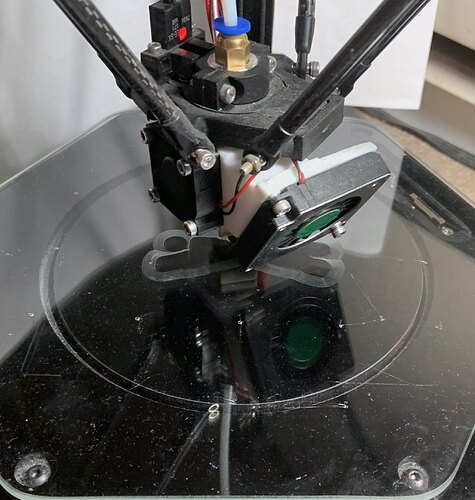 After correcting filament route, I was able to finally lay first layer solidly on the glass bed again.

I remember my Ares doing this same thing, it would not even do a probe. Just lower a few inches then go back to the home position. It was usually something creating resistance as you said like the filament or a cable getting caught in the wrong place.

By far the most common problem I had with the Ares was the IR light getting dusty if I didn’t use it for long periods of time. After a ton of frustration using a dust blower to blow out the dust blocking the IR light fixed it up. That has always been the first thing I checked from then on.