I am trying to engrave onto slate with my K40 laser. I’d like to get the great white effect on the slate. I have tried various settings in terms of power and speed (usually from 75-175 mm/s and from 70%-90%) but I am maybe thinking it’s the standard of my image that needs to be different. I import a colour jpeg into inkscape and save as an SVG and then open this in K4o whisperer and then proceed to engrave. I get a basic level engraving into the slate - not white, but noticeable. I just feel it could be much better from what I have seen. Is there something I am doing wrong?

Would you please post a sample image, SVG, and picture of results?

Hey Mark and welcome to the forum. Not real clear on your issue. Can you provide the jpg you were trying to engrave and a picture of the result?

When you engrave slate you have to remember that what is white (unengraved) in your picture is slate black and what is black (engarved) becomes white.

Thanks guys for welcoming me. I’m looking forward to learning.Attached is the SVG flies of a jpg with a 100mm x 100mm vector box around that I used to position the slate before engraving and then a pic of the outcome 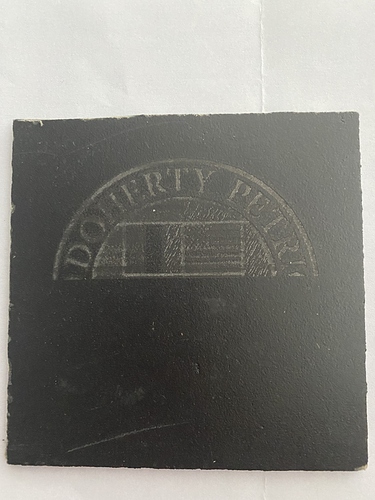 . Also the actual jpg that I imported into Inkscape. I did not change the properties of the jpg and saved as an SVG and then opened in K40 whisperer. 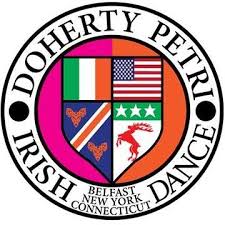 It looks like you have the power too high. I’ve done slate engraving (I can’t attach a picture, as it has my address on it).

Spray the slate with a clear varnish first - this will give you a better finish. I use 8-10 ma at 60mm/s rastering. Focus on the top of the slate.

appreciate it lad. I haven’t an amp meter on mine, it’s %. So you’re saying I should try a lot lower? It doesn’t matter that the SVG might look like greyscale in K40 whisperer? Obviously I just want either the slate black or white

I also have a digital panel, but I fitted an ammeter as well. I recommend this if you have the skills - because it appears the percentage on these panels vary a lot.

K40 Whisperer will convert your image to grey scale. As there is no PWM control on the laser, it will dither to create shades.

well, the lad was to pick you for a Monday

So, it’s going to be grey scale anyway then, I see, thanks. I have just seen amazing slate engraving but have yet to get there. I will try a lower % with an overage speed (150) today and post results

I don’t know whether you know this already but either in case you don’t¸ or someone else shows up with an interest in this topic after a web search for “k40 laser engraving slate” and reads this — Please be aware, if you aren’t already, that full power can wreck your tube quickly.

An analog ammeter is inexpensive and easy to add and will more than pay back its purchase price in tube longevity. 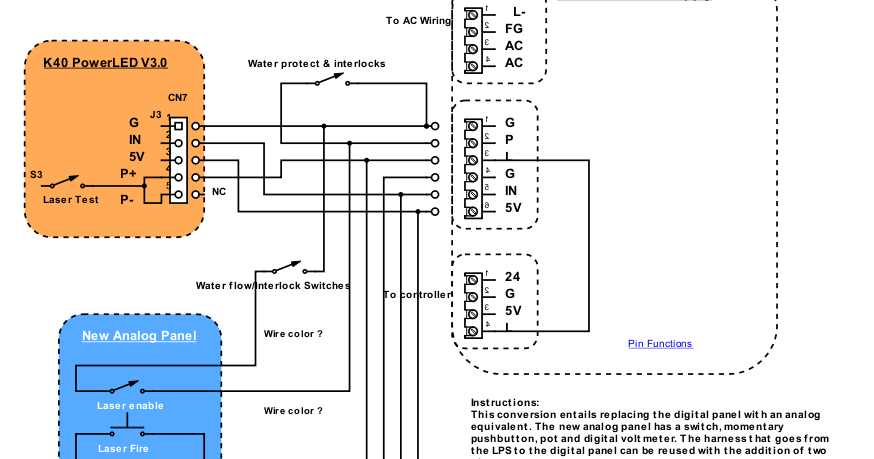 Replacing the K40's Digital Panel with an Analog one

Why replace the panel? It is not uncommon for the K40's digital panel to fail and more and more users are realizing the value of having a ...

K40 Whisperer will convert your image to grey scale. As there is no PWM control on the laser, it will dither to create shades.

This is the issue you are most likely running into as the grayscale dithering by K40 whisperer is causing the engraving of the colored areas to come out faint.

You need to be working with black and white images. Normally for a color images, like the one you are using, I would convert to a vector image and then select the areas I wanted to be black and the ones I want to be white. It would be easier if you could find a B&W image of that logo to start with.

For determining speed and power, I would recommend that you engrave 5mm black boxes at different speed and power to see what works best for your laser.

Thanks guys for all the assistance and replies so far. I got a B&W logo and tested it with a 35mm x 35mm engrave on the back of a slate coaster at 45% and speed 50mm/s and got this. 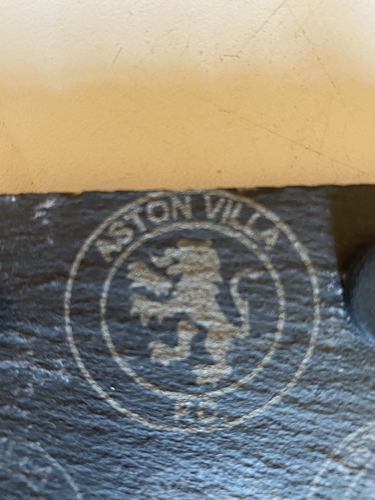 But as I said, the percentage differs on each machine. Plus I only have a 600mm tube (probably 30 watt - thanks to dodgy Amazon seller).

Anyway - glad we could help.

Thanks. So what I’m thinking is less power and slower speed to get the more white type result. I know a lot of it is trial and error as well as these machines aren’t consistent. I just need now to now how (easily) to convert a colour to a plain black and white with no grey scaling

You can do that in Inkscape : 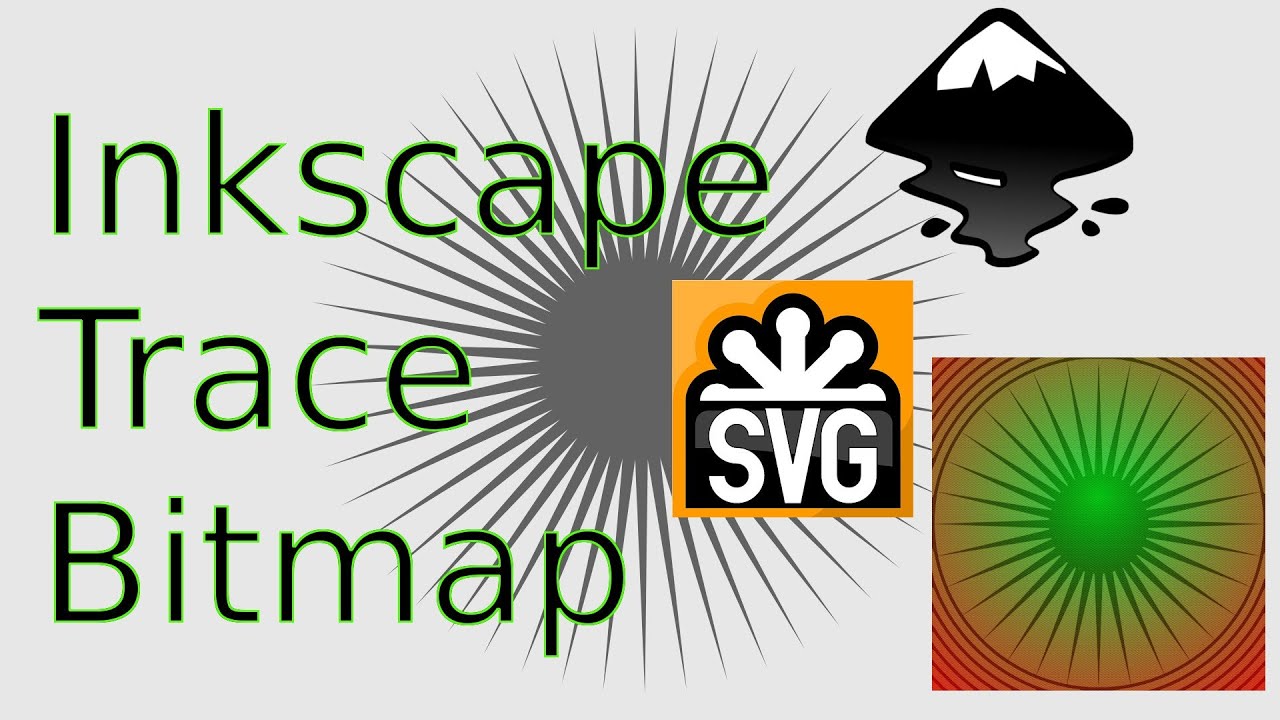 Convert your image into vectors, if you choose “Colours” in the trace bitmap function, then click “stack” - it will make vectors for each of the colours. You can then change the “Fill and stroke” of the vectors.

thanks again guys, I have tried to trace bitmap and my results are attached. I used the single scan, brightness cutoff (threshold, 3) to get the B&W version. But you will notice that the yellow L in the original colour jpeg (lower left quadrant) does not appear at all in the B&W version. I have tried stacking etc too but can’t seem to isolate this to make it black 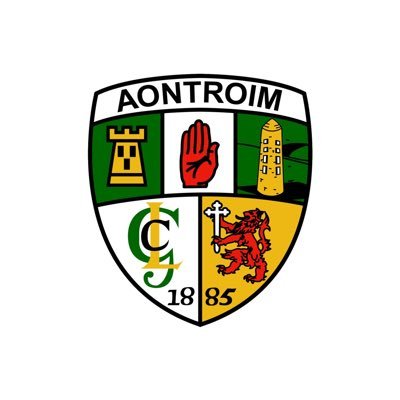 It’s always a bit of a challenge to get it right. If you did include all the yellow in that image, the castle and the tower would be completely black.

I’ve downloaded the image - I’ll have a play - but I am expecting to be able to isolate the “L”, and remove the fill but keep the stroke …

Here you go (this isn’t a free service I’m about to permanently offer lol).

I did what I said previously - trace bitmap - used stacks. Then I changed the stroke / fill and pulled all the stacks apart to find the best one.

As I said, the yellow L was going to be a problem, as setting it to black would cause issues. One of the stacks had the CLJ complete in black, so I separated it and added it to the best stack I had.

I’m def still learning and obviously need to learn MUCH more but your input and assistance has been amazing. I’d like to know more in detail how you did that. As I said, I’m a complete novice with Inkscape and what you did there. I played about with it for ages but just couldn’t seem to isolate the light/invisible/yellow L
It’s prob mainly how to pull the stacks apart after colour vetoing for x attempts so I can locate each individual item and assign it a black or white or maybe I’m off the idea altogether?