I have a problem with the laser on my k40.

I have a problem with the laser on my k40. Everything moves/works fine, except no laser beam coming out. I was sure it was the tube, so I have ordered/received a tube and installed it today. Still same problem. No laser firing.
How can I check if it is the power supply? (never heard of a power supply partly failing…)
I have a multimeter here. How should I test this…? thanks for your help.

Assuming the tube’s not firing at all, do you have any safety interlocks that could be stuck open? Like for the door or for water flow.

As far as I know I have no such safety features.

What about the laser switch? Is it okay? You’ll need a multimeter to check it but it’s a quick test and cheap to replace.

Sorry for my lack of knowledge, what is the laser switch? How can I test it?

@Andreas_Benestad does the laser fire when the test button down on the LPS is pushed? 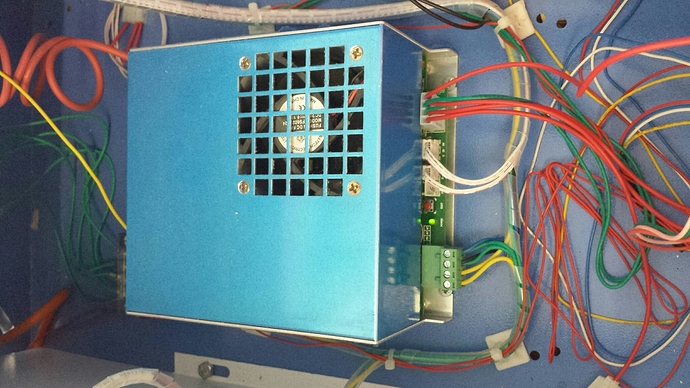 It depends on the specific version you have but the standard panel has an Ammeter, a knob that turns, two push button switches and a rocker switch.

The rocker turns power on/off. The knob turns the power up - that needs to be turned clockwise enough for it to lase. On mine that’s about 4ma. But it will only show that when the laser is firing. So you have to be running a job or using the test button.

The two push buttons control power to the laser tube. One is momentary and only stays down while you push it. That’s the test button and should be labeled Test Switch or something to that effect. On mine it’s the right hand button.

Next to that is the Laser Switch which also controls power to the laser. This one is the main one. If it’s not switched on the test and power knobs won’t have any effect.

@Jim_Hatch Right. Yeah, I have the version with a digital display. And yeah, the laser switch/button is turned on…

To test it, turn the machine on, press the test and rotate the knob. See if the ammeter shows any power. It may take a bit of a turn (1/4 or more the way around) for it to show anything. If you make it all the way around and nothing happens, press the laser switch (I don’t remember if pressing it down turns it on or if it’s in when raised as I just leave mine and haven’t touched it in a year). Repeat the test button & ammeter knob test. If the laser is getting power you should hear it & see the spot as it burns. The max you want to read on the ammeter is about 18-20ma to prolong the life of the tube. It will go higher but will shorten tube life.

I don’t have an ammeter on my machine. No knob, just buttons and digital display.

Here is the inside of the power supply. The little fuse in the corner is not broken. I checked it with a multimeter.
Any other tests I can do to test that the power supply is working as it should…? 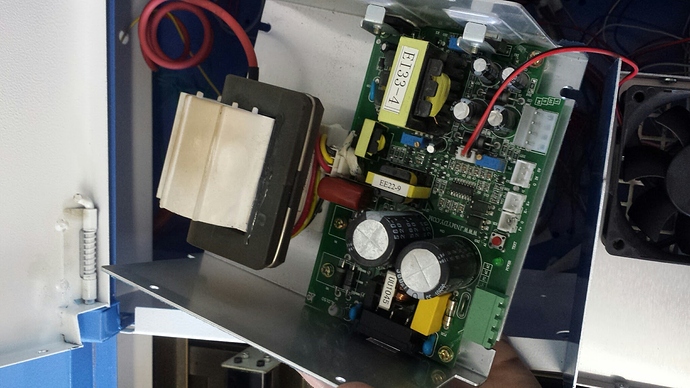 You mentioned LaserWeb - have you upgraded/switched out the controller board?

P+ and G is the safety interlock circuit here (where two pins are soldered together - this is ‘Made in China’ safety feature. You should have laser on switch on the panel enabling/disabling the laser.

Lasers are not toys and they can make you blind or even kill you. If you don’t know what to do, ask someone experienced to help you, don’t take the risk.

In your photo you have a green AC power connector at the bottom of the page.

Next above that is the green power LED. That LED will will be lit when the internal +12V portion of the power supply is working. That’s a good sign. Likely that means the other low voltages (+5V and +24V) are also working.

Next above that is the red push button TEST push button. It is incorrectly labeled “TEXT”. When your machine is put back together and the AC is powered up, pressing the TEST/TEXT switch will cause the laser to fire. However, if the Intensity input (normally a dial) is set too low, it won’t fire. And you said you have no pot (instead a digital design). So, for the time being, this is a dead end.

Next above that is a white connector labeled [P+ G]. And in the photo it looks kinda funny? Looks black as if something might have arced, and the pins looks mashed together. Especially compared to the next connector which looks normal.

Can you take a better photo? That connector is part of the “protection” circuit, and would certainly give the symptom you’ve described if the connect is damage, or if something zapped the input. In the basic machine a front panel “Laser Switch” (push on/push off) will enable or diable the laser opertaion. And a front panel “Test Switch” (momentary on) will cause the laser to fire as you press it…but only if the “Laser Switch” is on.

If that doesn’t pan out, and if you are confident working around dangerous voltages, you can start probing voltages into and out of the power supply. Mainly the +5V and +24V outputs.

@Andreas_Benestad if the “test” button (red) down on the PCB does not fire the laser its likely you have a bad supply, provided that you have AC power on the left connector.
Is the green power LED on, located on the power supply (next to the test button) when you power up the machine?
Some notes:
…That PCB test button bypasses all the other protection mechanisms so it it does not fire with that test button the supply is fundamentally broken … some how.
…LaserWeb is out of the picture for this level of troubleshooting.

You can test the DC voltages but whether they are correct will only give you a hint as to what is wrong in the supply. The DC voltages can be good (and often are) and the HV section is bad.

“Warning: there are life threatening voltages in this supply even when it is not working and the flyback is removed”

We can take a shot at replacing the flyback (common problem). That will cost about $30 but a new supply is $70-80. 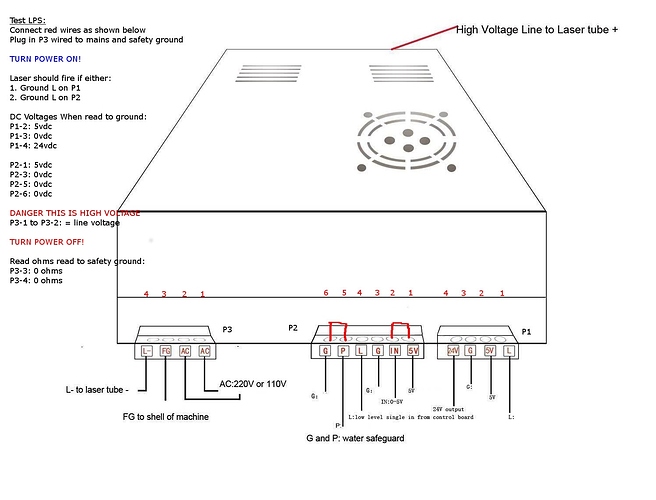 Yeah the green light (power) is on when I turn it on.
I have re-soldered the connection between P+ and G. Still no difference.
Seems to be the Flyback transformer. But is there a way to double check this? Would hate to order a new flyback only to realise I should have gotten a whole new PSU…

@Andreas_Benestad
What you are doing is DANGEROUS!
…
I created a simple test instructed in the post below. This is not a definitive test but easy to do. I am curious as to your results since I have never identified a bad flyback with it since I do not have a bad flyback.
I am also working on a formal tester that we all can use but that is “in the que”. 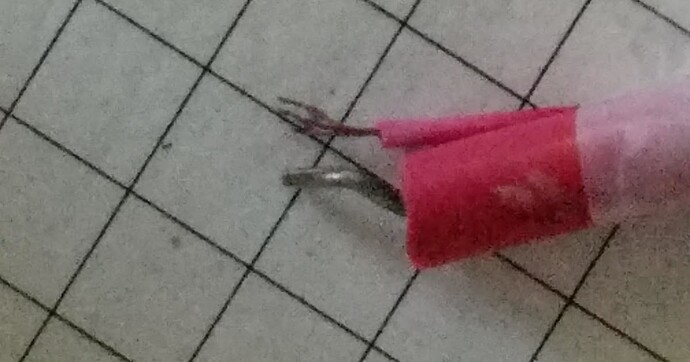 High Voltage Transformers are Dangerous OPENING AND EXPOSING THE INTERNALS OF THIS LASER POWER SUPPLY (LPS) IS DANGEROUS! LIFE THREAT...

@donkjr ​ Thanks! To be honest, I am a little reluctant to start playing with high voltages like this. I don’t know enough to be confident here. Would rather not risk anything.

Question:
Is it safe to assume that since everything else works/moves correctly, and the only problem is no laser fire, that the issue is the flyback? And that the rest of the PSU is working normally? Apart from the tube being bad, can there be any other explanation to this?
Debating whether I should just order a new flyback, or an entire new PSU.

@Andreas_Benestad I get that question allot. Most power supplies that I have worked with have your exact symptoms. Only in one case has a flyback repair attempted and in that case it worked. Most people just buy a new one any my source of information ends…

The typical parts that fail and the symptoms are:

In your case my intuition suggests that its the flyback but I cannot unequivocally prove that.

This is part of the reason I am collecting bad ones. So that I can find out why they fail and make better recommendations on replacement/repair and perhaps improve the design or how we use them to the point they last longer.

If you are not budget and time constrained try the flyback first but be prepared to get a full supply if that does not work.

If you are time constrained get a new supply.