Here is a little progress on My Eustathios Spider V2 upgrades.

Here is a little progress on My Eustathios Spider V2 upgrades.

Usable Z is now just short of 300 (I will get it there) using the same length extrusions. It uses the new V4 carriage, and also a New Z belt system that uses 608ZZ bearings instead of bushing blocks and thrust bearings. I know thrust bearings are in theory better… but accessibility to 608 is higher, and the loads are so low I see no issue. I have had my HercuLien running on them for a long time, with a MUCH heavier bed and zero issue. Also this new setup eliminates alignment of independent blocks below the bed. This block does necessitate consistent prints since I removed one degree of freedom of the two block setup… Nice thing is if you printer is off, it should be off in the same amount since both the bed supports and this new bottom block print in the same orientation.

I am getting close. 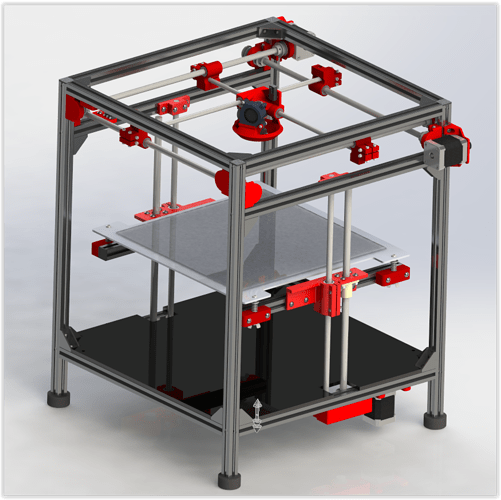 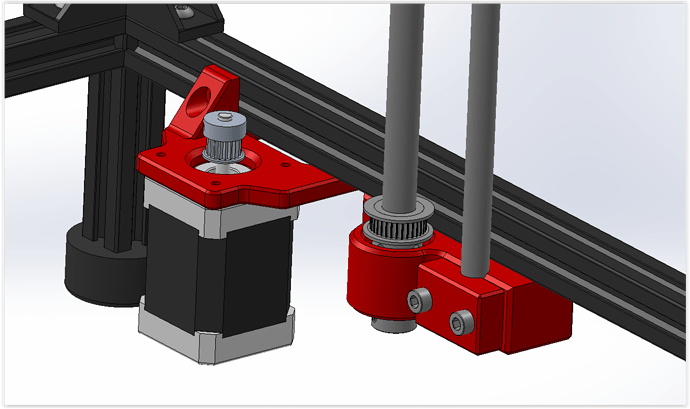 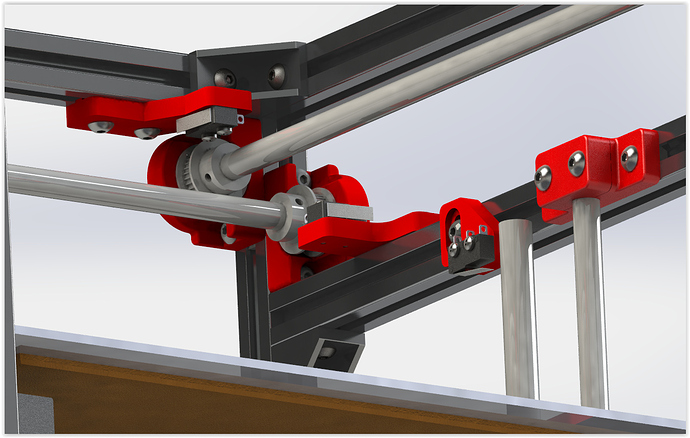 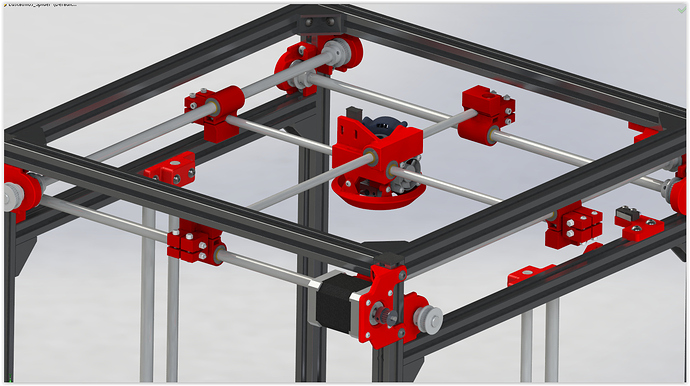 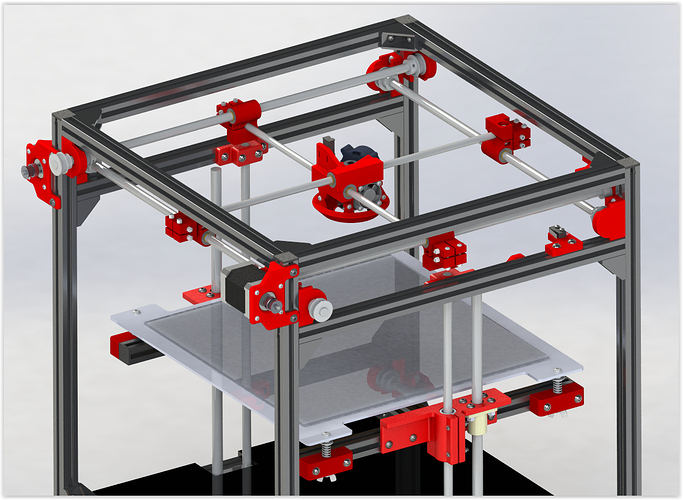 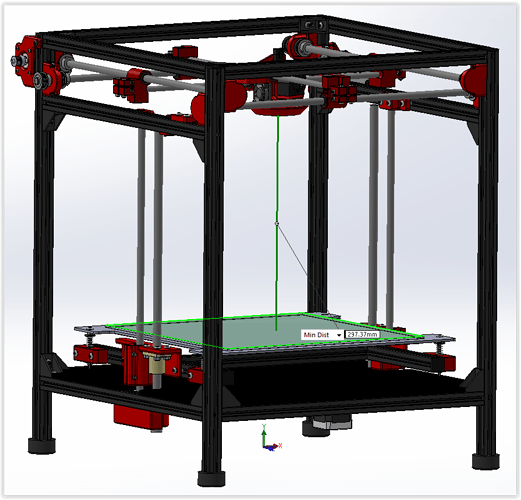 You are a machine. Thanks @Eclsnowman

Nice! I may take advantage of some of these changes. I understand why you put the X and Y steppers exterior to the frame as it eliminates the compact 32-tooth pulleys, but I really like having them tucked away in the basement. I do really like the integrated mount for the leadscrew and smooth rod and moving the z-belt higher to just below the floor.

@Erik_Scott I like it to, but the advantages of the costs and performance shorter belts outweigh the cleanliness factor for me this time. It works really well on HercuLien, and shorter belts should in theory have less stretch.

I am wondering if I should add 2 idlers to the z motor mount to get more pulley engagement?

@Eclsnowman way to go! Do the lead screw still require a 56mm step? Hard for me to tell.
Keep up the good work! Thank you!

@Isaac_Arciaga they are shorter, but not below 40mm to get away from that stupid keyway requirement.

But now that you mention it maybe I should thread the end slightly to skip the bottom 8mm collar and use a nut to pull the bearing assembly together instead?

@Eclsnowman I’m keeping the collar since I already bought them ;). The thread would be nice though. What would be cool is if there was an option to use the common 10mm 1 start lead screws with the 6.35x12mm step so people outside of the US are not limited to using custom from Misumi.

I really like what you did to the Z blocks in the basement!

@Isaac_Arciaga just an FYI I dropped the floor on this to get the extra height. So rods and leadscrews are longer. Also extrusion holes are lower for the floor. The standard stuff from Jason’s BOM will all work, but without the extra height gain.

Do the longer belts have an adverse effect on print quality? Or are you talking about stretch over time?

Will you be including electronics mounting provisions and heated bed stuff in the new BOM and in the cad models? I’m still trying to figure out all this heated bed stuff.

@Erik_Scott I am planning on it. I will be planning on a smaller PSU since I recommend 120v and SSR on the bed. The PSU only needs to power the steppers and electronics.

Anybody have a good 150w or similar 24v psu they recommend? Something compact.

@Eclsnowman would it be possible to design Z to allow for a 12x12 heat spreader instead of a larger custom cut one? Held in place with clips similar to the Taz4 or the corner springy brackets from Ultibots? http://www.ultibots.com/springy-corner-bracket-kit-x4/
My thought was 12x12 6061 sheets are easily source from Amazon, etc.

Seen this @Oliver_Seiler ​? Eliviates some of that long belt backlash we were discussing. Nice work as ever @Eclsnowman ​.

@Eclsnowman ​ this has been working fine for me so far: 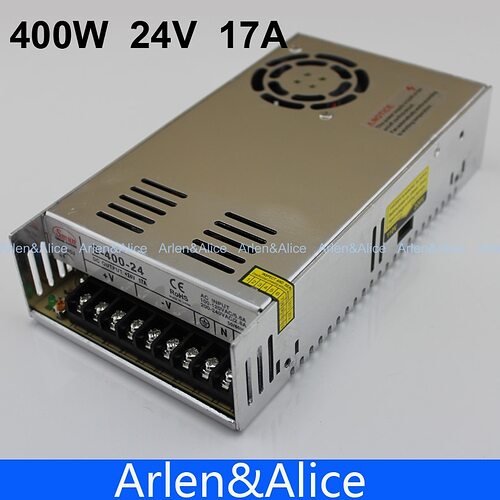 @Tim_Rastall thanks. I am kind of looking for a small one, just powerful enough for the controller, steppers, display, and maybe some led lights. Since the heated bed will run 120V AC I think 150W or more is plenty. I am kinda trying to find a real compact one for space, without compromising quality.