I use a 6" in-line duct fan for my laser exhaust that is mounted in the attic. I had noticed that it had recently picked up a vibration, like the blade was unbalanced or a bearing was going. Today the fan would not turn on at all. So while it’s cold I decided to bite the bullet and pull the fan out of the attic as it’s a pain to get to and work on.

As expected, lots of exhaust residue build up from about 3.5 years of laser crafting. 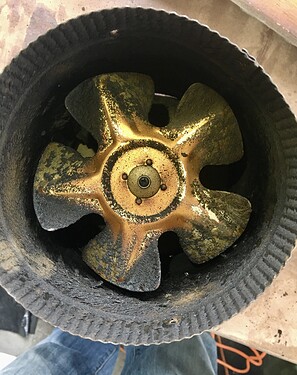 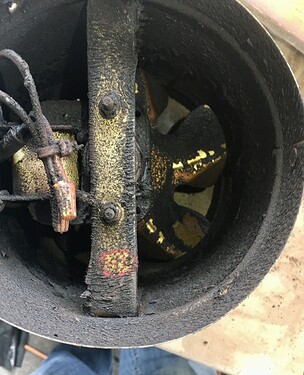 Wired it up to a plug and it worked, abet with a noticeable vibration. Not sure why it did not turn on before as it had power and the switch was working.

Went ahead and pulled the fan blade and scraped and scrubbed the residue off in some hot soapy water. Scraped most of the reside off from inside the fan housing as well. Reassembled the fan and powered it up. It runs now with a lot less vibration, but I have a replacement coming from amazon any way. Reinstalled the fan for now.

I had always been curious how flammable laser generated residue would be (like creosote in a chimney). Took a pile and tried to burn it. I had to hit it with a small butane torch for at least 5 seconds to get it to light and even then it did not want to stay lit long. So it will burn, just not very readily. Of course my residue is mostly from plywood and hardwoods so if you do a lot of acrylic or pine wood your residue may be more flammable. 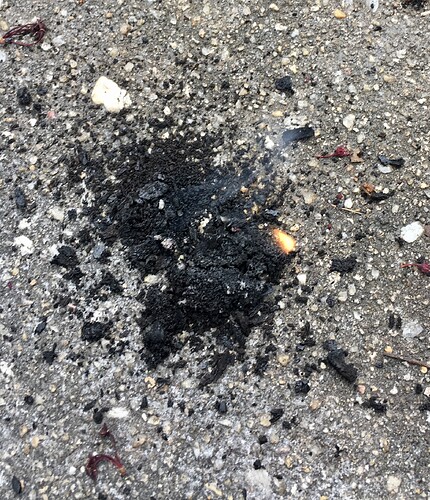 Man, and I thought I used my laser a lot! I have a similar arrangement with an inline duct fan and it’s still relatively clean…

I cut primarily MDF. I need to clean my fan monthly.

Glad I don’t mess with MDF

Next time you clean your fan out see how easily the MDF residue burns. Would be interesting to compare residues.

Man, if that is the inside of the fan, what does the side of your house look like?

Mine vents through the roof via a roof vent and I haven’t noticed any residue build up on the roof.

I wanted to do that but my roof is about 45 feet above my laser. So, it vents out the garage wall for now.

I guess if you are worried about staining the side of the house around the vent you could always install an acrylic shield.