Made this for my son and his wife.

Nice. I assume it had a different piece of acrylic in it to start with and you replaced it with your own?

The night-light actually has just a plain blank acrylic that lights up.

Is Polypropylene acrylic? I saw that it is good for lasering, so I assume no toxic fumes.

I honestly do not know what acrylic it is. It does engrave but not like cast acrylic. As with all materials, you need to be careful.

If I’ve got this right, polyethylene is carbon chain with simple hydrogens (just a chain of ethyl groups), polypropylene has a methyl group in the place of each of the hydrogens on polyethylene, and acrylic has an O2 in between the carbon chain and the methyl group. None of them, at least in their pure form, have nasty chlorine or fluorine in them, so in the absence of additives/colorants ought to be safe, I think.

I am not a chemist and everything I know about organic chemistry I got by watching khan academy videos to put me to sleep I don’t remember how many years ago; @Nedman — have I got that right?

Yep, you got it right.

I was driving and setting at a light earlier when I saw this additional talk on the topic. Looked up and realized I was literally like 2 blocks from a Dollar Tree. So I stopped in and grabbed one. 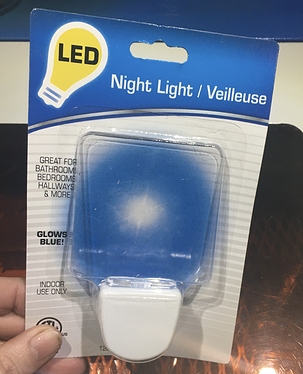 Let’s open it up. 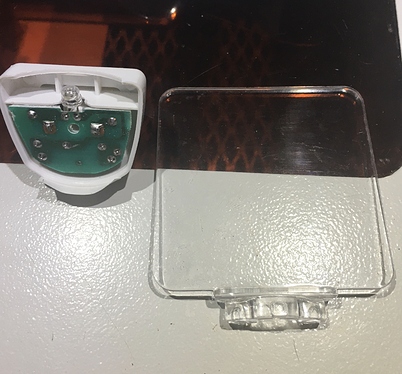 Has a molded base to hold the clear panel in.

First impression is that it’s probably made from polystyrene (PS). Has that feel and tinny sound when tapped. Aslo PS is clear and very cheap to manufacture so would be a good choice for a cheap product like this.

Did a float test in water and it sank slowly. So the density is probably just above that of water, which is consistent with PS. Probably rules out a halogenated material like PVC which are much denser than water. Might try a burn test tomorrow to confirm.

PS doesn’t mark well with laser engraving, like you see in HalfNormal’s example. I am wondering if you mask it before engraving and then try some kind of frosting spray to make the engraving scatter more light?

Oh, since the above question asked about toxicity, here are my thoughts on lasering PS. The thermal combustion products of PS are a mixture of polyaromatic hydrocarbons (PAHs). PAHs can be toxic, but are not generally acutely toxic to humans. It’s more long term exposure you need to worry about. So as long as you have good ventilation of your laser it should be fine. When cutting, PS may have more of a fire risk due to it easily burning with lots of melt drip. So you would need to keep a close eye on it if cutting. This is more problematic for PS foam, which most people say to avoid all together due to the fire hazard.

I just used low power, fast engrave and got lucky!

I would only be concerned if doing production runs with PS over a long term.

Gave this a try. Removed the panel and engraved it from the back with the image reversed. Because of the base on the panel I used a scrap piece of 3mm ply to support the front so that it was mostly level. Masked and engraved. Got some of that Rust-Oleum glass frosting spray I mentioned above and gave it several light coats. The spray defiently seemed to help make the engraving show up better. 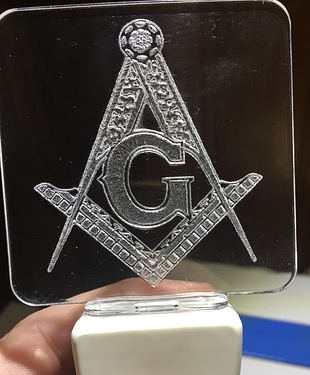 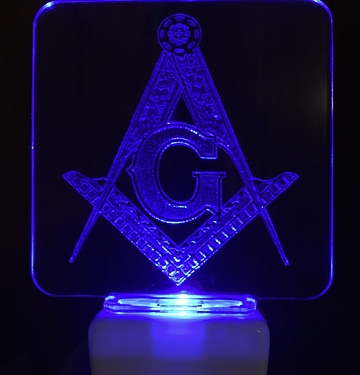 I think it is the best $1 item I have bought to use in the laser.

Looks like I will have to purchase some Rust-Oleum glass frosting spray. Thanks Ned!

I have been contemplating purchasing a case of them. You can order online and have them delivered to your nearest store for pickup. Great for fast, cheap last minute gifts.

Just be careful to go light with the spray at about 12". I think I over did the first pass and got some solvent effect on the engraved edges.

Just noticed this on the Dollar Tree web page. Seems that my hypothesis was correct and it’s made from PS.

Of course it also say this: