Yoda, printed using 0.2mm layer height and 60% infill. The ears were expectedly shoddy, and I noticed some layer separation/delamination that I think was due to cooling shrinkage. The separation is clearly visible from photo of the back of his head. 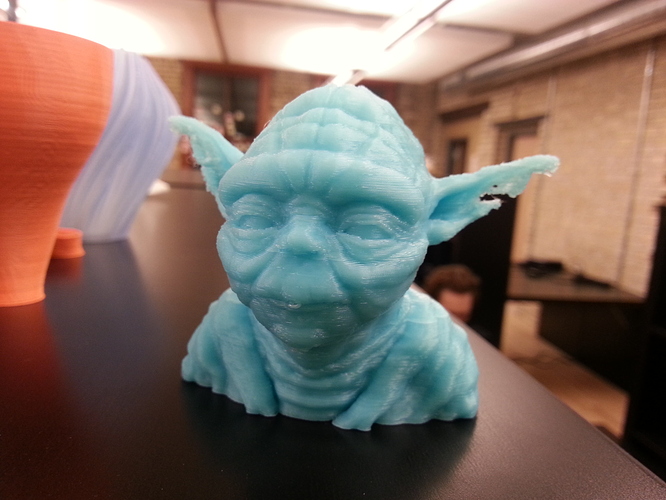 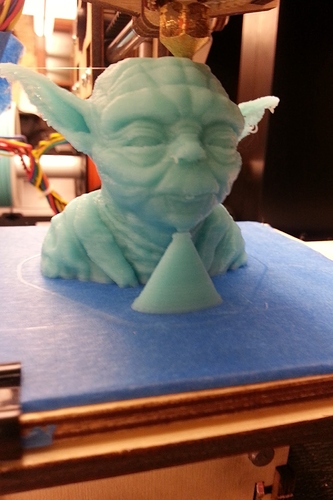 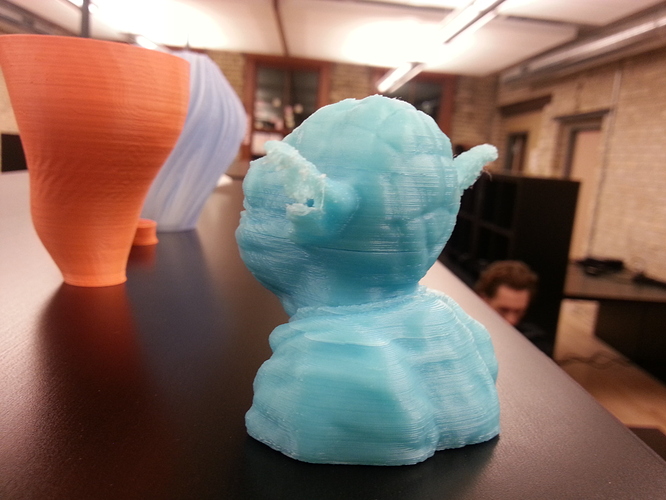 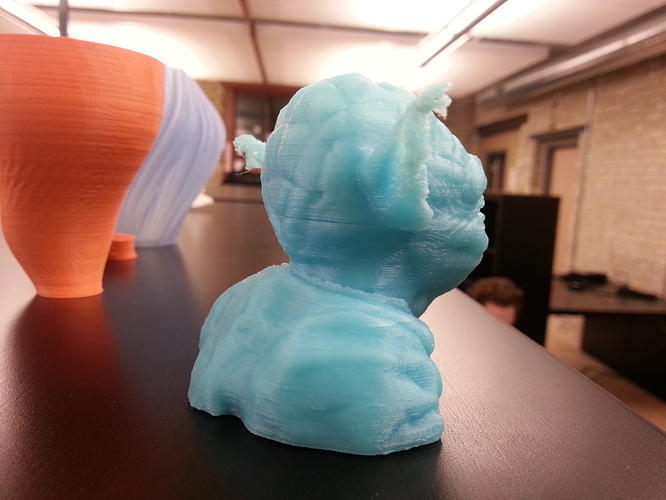 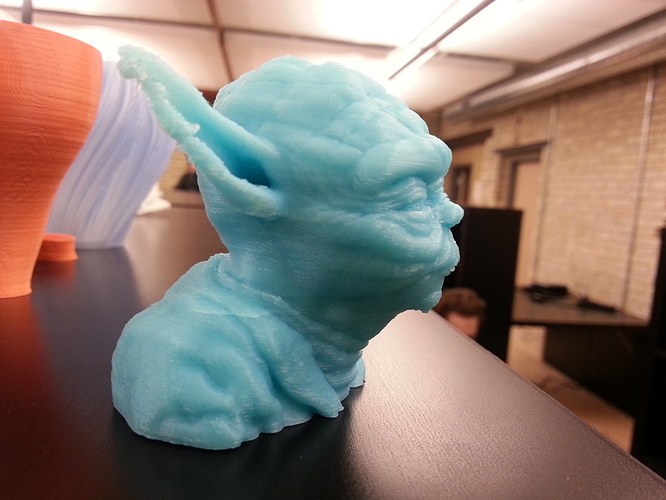 Very nice. How many perimeters? Additional perimeters can help with those ears (as well as lower layer heights)

When the slicer generates code to lay down more perimeters, it will lay down the inner perimeters first. This means that it is fully supported by the previous layer below it. Once it gets to the overhanging deposit, the filament then has something to attach to on the side, as well as the little bit on the bottom of the overhang.

@Henrik_Larsen Perimeters are the concentric lines laid down on the outer wall of the print, as opposed to infill which are the lines of material or geometric patterns laid down in the inner sections of the print.

The outermost perimeter is the plastic actually exposed on the model. There will also typically be a couple of inner perimeters adjacent to the outer perimeter (one or two additional ones is standard).

@ThantiK , I think this was done with 2 perimeters.