When Michael Coley  pointed out stringing in the Z-height test,

When @Michael_Coley pointed out stringing in the Z-height test, I didn’t suspect CraftWare because I had a speed boost. I didn’t repeat that one at lower speed, but reduced speed after the first new print of the molecular model. Turning back to 40mm/s didn’t improve stringing - or any other visual aspect. So I switched back to known-good KISSlicer. No more stringing.

Where is retract settings in CraftWare?

Trust me: The stringy balls are not leftover evil eyeballs from Halloween. Nor are the 8-figured poles bishop pieces nor the thin-neck cones imitation Hersh’s Kisses.

For the third year, my MV @Hackerlings was to present science subjects related to infrared and carbon dioxide at AT&T Park. (https://plus.google.com/u/0/b/109723977854343280863/events/c356ur9b6m9q4nr8mhj4cbsmehk) I thought it might be nice to also include our new toy, the shiny Ares 3D printer. So I downloaded a molecular model kit from Thingiverse. (http://www.thingiverse.com/thing:53256/) Each file contains only one object. Doing individual prints would take too much time. So I used CraftWare to place multiple objects into the same model and used CraftWare’s slicer to slice it.

The first print gave me the evil eyeballs - atoms, bishops and Hersh’s Kisses - bonds. The “Kisses” were supposed to be thiner waisted version of the bishop pins. But because the waists were so thin, they broke at the thinnest part near the end of print, leaving only the bottom half standing. (See the video.)

Aside from the crumpling of the thin-waisted bishops, the print showed unprecedented amount of stringing. The first time Ares showed serious stringing was a horizontally separated structure where I increased speed in CraftWare from 40mm/s to 70mm/s. (Sign in - Google Accounts) So I thought it was the speed. I reduced it to 40mm/s. But that gave the same amount of stringing. This makes me suspect CraftWare.

I couldn’t find specific settings about retraction in CraftWare. Later I sliced the same model with KISSlicer which is “officially” supported by EasyArts. EasyArts’ recommended speed is 40mm/s. Predicted printing time was the same, but actual printing took nearly double the time. Importantly, with retraction settings recommended by EasyArts, there is nearly no stringing. (There is ever so slight “hairing”, which occurred only in the upper part of the print, unlike stringing right at the first layers with CraftWare.)

Is there a retract control in CraftWare? 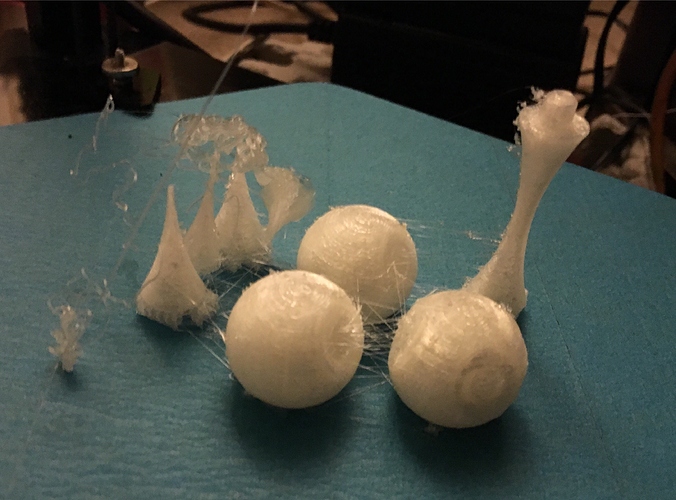 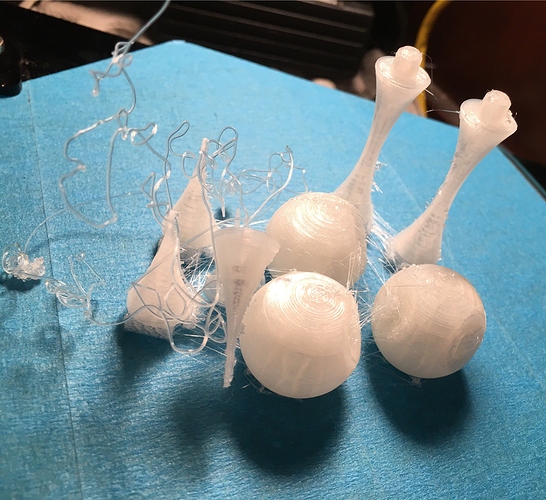 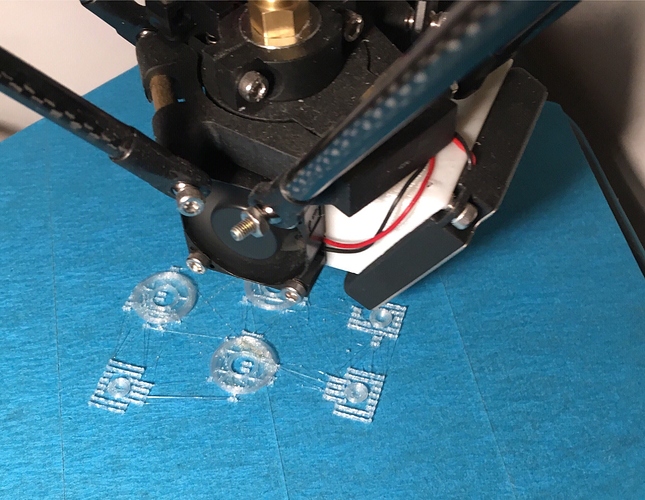 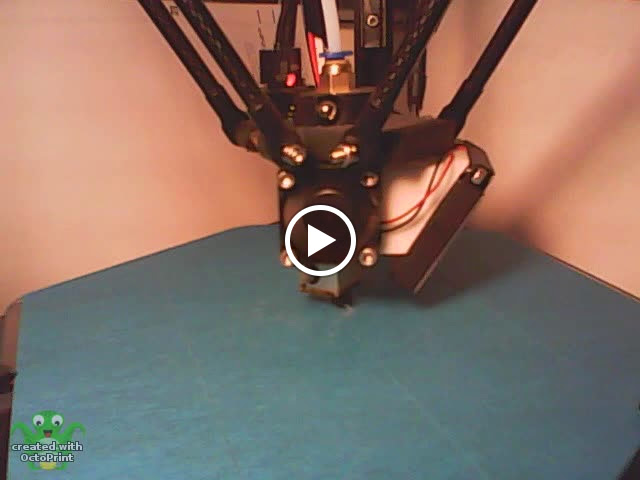 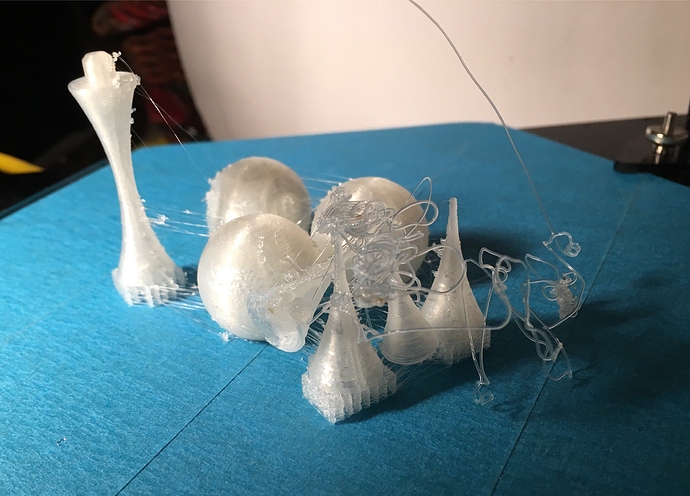 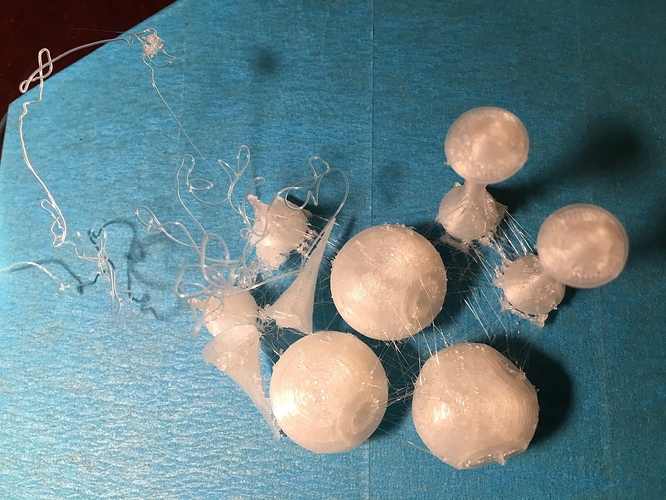 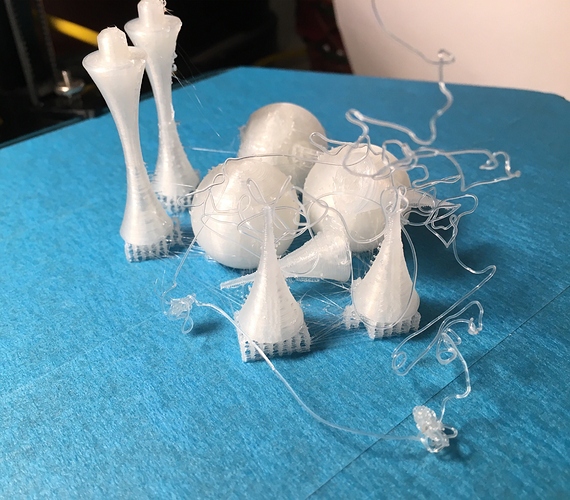 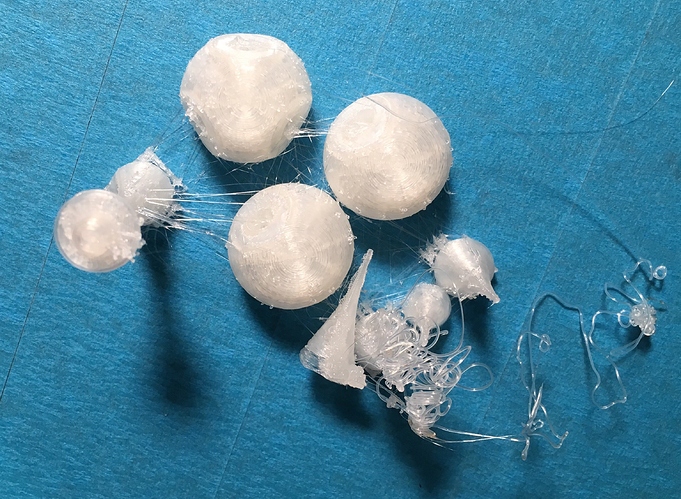 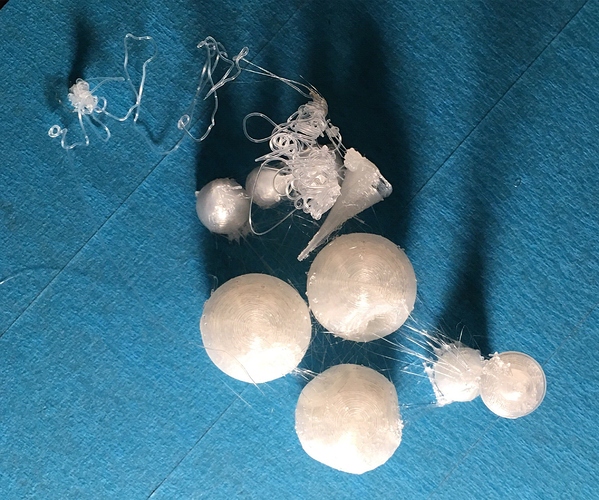 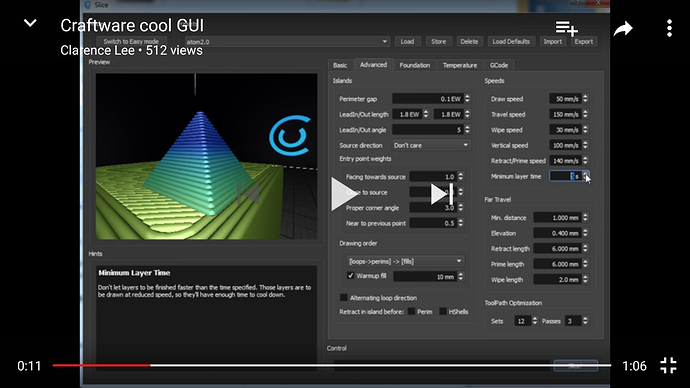 @Ivan_Hoe Thanks! KISSlicer doesn’t spell out retract speed nor length. Guess I’ll have to experiment.

KISSlicer has this feature called “Seam hiding”. In addition to retract and wipe, it also rotates/jitters point of departure for travel. I notice that the balls printed with CraftWare show strong seams. Is there a similar feature, too?

There is a specific setting in Craftware to deal with seams. There are several options to choose from. You can find this in the Advanced tab under Island = Source Direction.

On a separate note, run a test like this one: http://www.thingiverse.com/thing:607968

Attempt this with different retraction settings.

Print for testing stringing / retraction, a cross between Square Greeble by Robo and the Fine Positive Features test print by Make Magazine. Or you can use it to make icicles.

And, make sure your retract and prime values are identical.