Today I started to make a better mount for my bosh router.

Today I started to make a better mount for my bosh router. The one I have right now was based on just bolting one of the standard bases to an mdf piece, then mounting that. However there are a bunch of problems with that. There is not much depth to play with between the bottom of the mounting plate and the tip of the tool.
That was causing problems for clearance around mounting bolts and such.

So this is one similar to those I see on other CNC routers. I’m going to make a second to give it some stability. It will let me mount the router lower with much better clearance.

Then I can make some for my dremel to allow me to switch between the two. 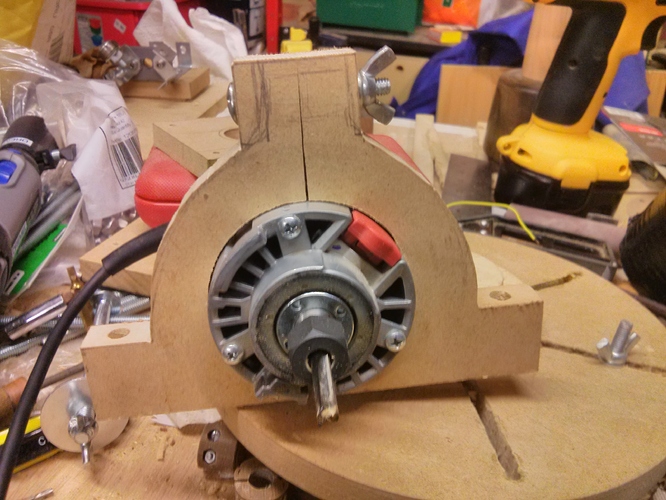 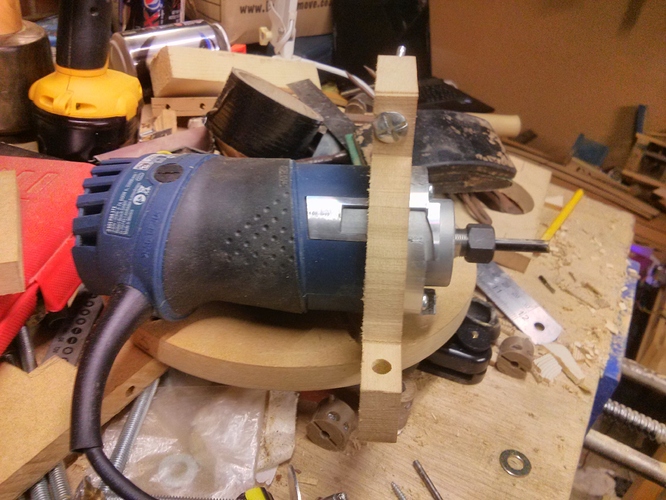 Any issues with play in the router or dremel as opposed to a “real” spindle?
Machinists often mention this when they see dremels in DIY CNC machines.

@Marcus_Wolschon honestly, at the level I’m at, I’m not sure I’d notice. Certainly until now the things that have caused me problems have been isolated to things other than the spindle. So far I’ve been happy with the precision I get when things are all working. But it’s very early days really.

When cutting the upper support anyway, try to also cut a second hole. So you can later add a tube for a vacuum cleaner.

The Bosch Colt has 2 problems. 1. The lower bearing carrier is made of plastic. This is the first part that wears and gives slop in the rotor as a whole. I usually drill 5 or 6 holes between the plastic and aluminum and fill them with epoxy. It lasts much longer between services. 2. The bearings are way too small for the power of the router. I might get a month out of a set of bearings. I’ve been using a 1617EVS for a few months now with no issues.

@Paul_Bohn interesting. What sort of work load are you putting them through? I’m lucky to get a few hours a weekend to play, so I’m hoping not to destroy it too quickly