Getting this from SVG saved from Inkscape 0.92.2. I’ve tried saving in both Inkscape format and plain format.

I have had the same issue. In the Doc it describes loading an SVG file from Adobe Illustrator and tweaking the CSS properties. Is it possible to use an SVG file from Inkscape? (Thank you people of Laser Web for this awesome open source program and the work you do BTW!)

I get that occasionally, but as long as the svg file loaded correctly (all your paths are there) into LW, it is fine. Never had any issues even with that error. Is your file not loading/displaying correctly in LW workspace?

@Arion_McCartney I even tried making a quick svg with one path, and same thing. I’ve been using the GCODE plugin for inkscape - which is a pain, since I have to switch over to another machine to do it (the plugin doesn’t work on my main machine).

@Kenneth_McCall if I were you I’d use LW to generate my gcode. What is the file type you are trying to load into LW?

Here’s a test svg from Inkscape. Try loading and converting that in LW. 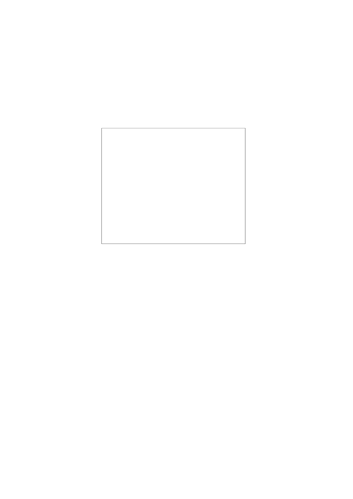 @Kenneth_McCall I loaded it and it opens a rectangle shape. I do get the error you are talking about but it doesn’t seem to be an issue. Also, your rectangle was not converted to a path in Inkscape. Check this post as it states that if you get this error, don’t worry about it unless your file doesn’t actually load correctly. https://plus.google.com/111661714770079378479/posts/W7jsKQhS7EX

@Arion_McCartney Converting object to path and stroke to path comes up with the same error. The problem is that I can’t convert the SVG to gcode, so the feature ends up being useless…

@Kenneth_McCall are you creating the gcode in LW or trying to use the Inkscape plugin to generate gcode?

@Arion_McCartney I make the SVG in Inkscape, then I try to convert it to GCODE in LW. But since it doesn’t generate any GCODE, I have to swap to another machine to use the plugin in Inkscape.

@Kenneth_McCall what process are you using (in LW) to generate gcode? Something doesn’t sound right… Also, are you using the latest version of LW?

I add the SVG, Click generate gcode and when I view the gcode, it’s just blank, nothing in the log either.

@Kenneth_McCall I see. Sounds like you are not creating an operation before generating gcode. Take a look at this video https://youtu.be/H4SnZUTaUeI
There are also some other great LW4 intro videos if you search for them in the gplus group. Hope that helps!

Right after I posted that last comment, I figured it out… The view gcode button isn’t working though. If I export it, it’s filled. =)

@Kenneth_McCall Good to hear you got it figured out.

@Arion_McCartney , hello.
I’m starting with LW and following the same steps shown in the video tutorial (https://youtu.be/_0jwzhZL4OU?list=PLCm8o-62Fu2nwrii2o1TTF5u1QC8zxgK0) but I can not get the same result.
I have followed and sometimes repeated the same sequence of steps in the LW4 tutorial, always with the same result leading me to believe that there is something wrong with SVG generated by Inkscape or with LW4.
I believe the error “The file has minor issues. Please check document is correctly loaded!.” is causing this problem.
I posted print screen of this problem for the LW community but I still have not had an answer: https://github.com/LaserWeb/LaserWeb4/issues/533
When looking for this LW error in Goggle I always get this G+ post so I thought you could help overcome this difficulty with LW.