I was trying to mill a PCB this weekend where I would flip over 3 mini ws2812 2020 LEDs thus I had to cut slots in the board for the protruding part of the LED, however the Eagle import widget would not render the paths on the outside, rather the path was on the inside which is incorrect. In the screenshot, the blue/cyan path should be on the other side of the cutout path.

What would be cool is to do something like what Fusion360 does when generating paths, which is give a blue arrow showing milling direction when you select a path, and then you can click the arrow to toggle the direction. 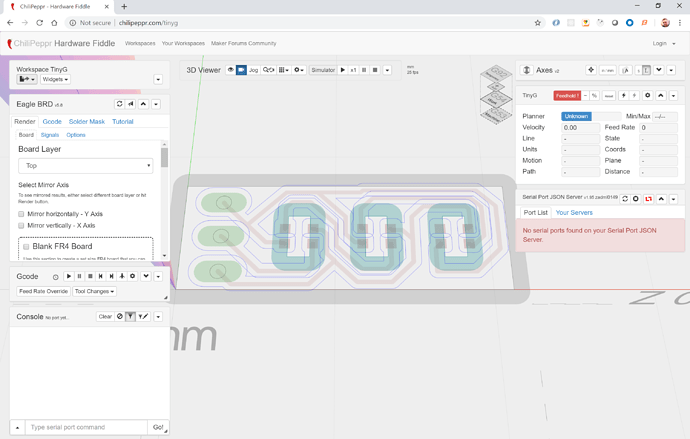