I just bought the new Mac book pro and I’m trying to connect to chilipeppr but the latest JSON server for mac just opens in the text editor… I could really use some help with this. 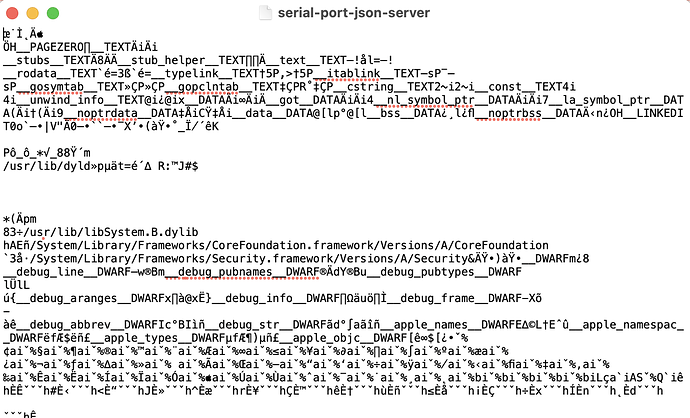 Is it possible you’re downloading the release from Github as a text file and thus your mac is interpreting it as a text file? What link are you using to download from? That might help us.

Thanks for the reply, John.
I’m downloading from the location in the screenshot below which I think was the last version developed for Mac osx. When I unzip the file, it looks like the screenshot further below.
Typically, the Json server shows up as a little black terminal icon (Shown further below for the Sierra version which unfortunately is incompatible.) 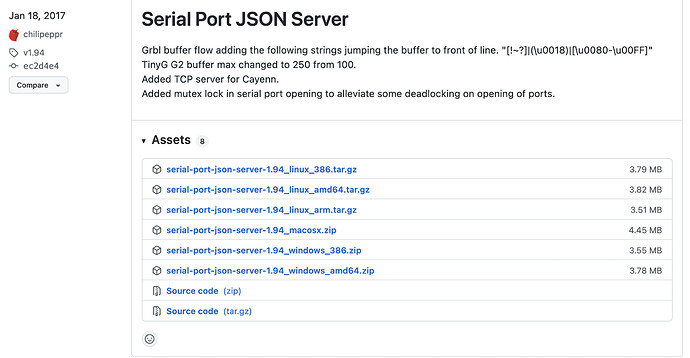 Hi again, John. Just wondering if you saw my reply the other day and if you have any additional thoughts on my dilemma.

What if you download an older version? I don’t think that newer version had anything that special in it that would matter to you.

Unfortunately, the older version 1.93 for Mac is the same and the Sierra version (1.92) actually downloads as an executable file but when I open it, it looks like this in terminal and just exits…