Just doing brainstorming at big but cheap diy-extrusion: Has someone already tried to enlarge the nozzle of a diamond hotend by drilling to a size of like 2mm, then feeding 3-times parallel the same filament through to reach a high output/flow? It is probably needed to add additional heaters, but besides that, could this work?

I can’t really follow that thought. Let’s say the “nozzle-size” is 2mm with this diamond-hotend. Then I would slice for 120% extrusion width​: 2.4mm. Where would the filament get stretched and is going to shrink because of that afterward? 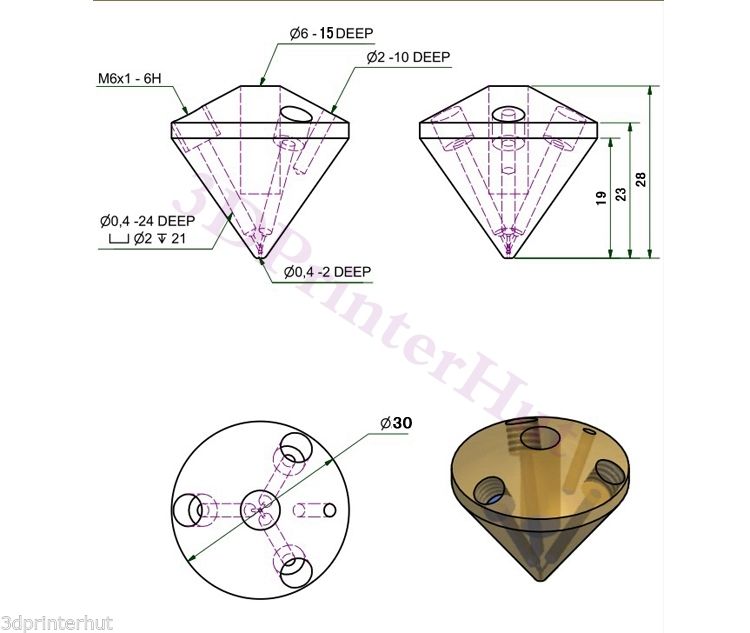 yes, three times the filament at the same time.

@Rene_Jurack ​ That certainly sounds very interesting. I don’t see why a volcano with a proper extruder couldn’t match that, but you should certainly try this!

You would have to upgrade the heater, and since you have so much change in the amounts of filament going through you would need to recalibrate your pid loops. Brass may not be the best material for this since your pushing so much material and it has a low specific heat, which is why E3D does not use brass heatblocks.

You would also need to print at a higher temperature.

How would you set up your extrusion? You could run three motors in parallel, but I think most stepper driver’s couldn’t handle three motors at full speed with a decent amount of torque. You might need better driver’s, or electronics running the motors on separate driver’s mirroring commands, which is very doable.

You would also probably need a good cooling setup for the electronics and heatbreak, but that is very doable also.

I imagine you would have nightmares with retraction as I can see this only working well with three Bowden extruders, it might be able to work arround this, but that may be a big issue.

What printer are you attaching this to? To fully max out this insane extrusion system you would need a very fast stable printer, and possible quite large in order to justify such a large nozzle.

I can see this being quite awesome. It might allow mixing of materials in the hotend, perhaps offering stronger blends of pla, abs, or other weird combinations.(I think abs and pla together wouldn’t work.) This might also allow you to blend colors for the print.

Keep us updated. Do you have a blog I can follow? This is a cool idea!

You might want to do some fluid flow tests as there may be a limit to how fast you can actually push filament.

@Aaron_Spaulding For first test/try, I planned to buy a 6$ diamond hotend, drill the nozzle to like 2mm and push via 3 bowden-extruders with mirrored separate stepper drivers. Maybe I am going to drill additional holes for additional heaters to keep temperature. Color mixing could be a side-effect, but it is absolutely not intended and not planned either. It is just for cheap-big-extrusion.

Where do you get your heartbreaks from for this experiment? DO you buy genuine e3d ones? I would be interested in buying some also I think in the future.

there are so many sources

CAD says, enlarging the the original part by drilling to 2mm can work: 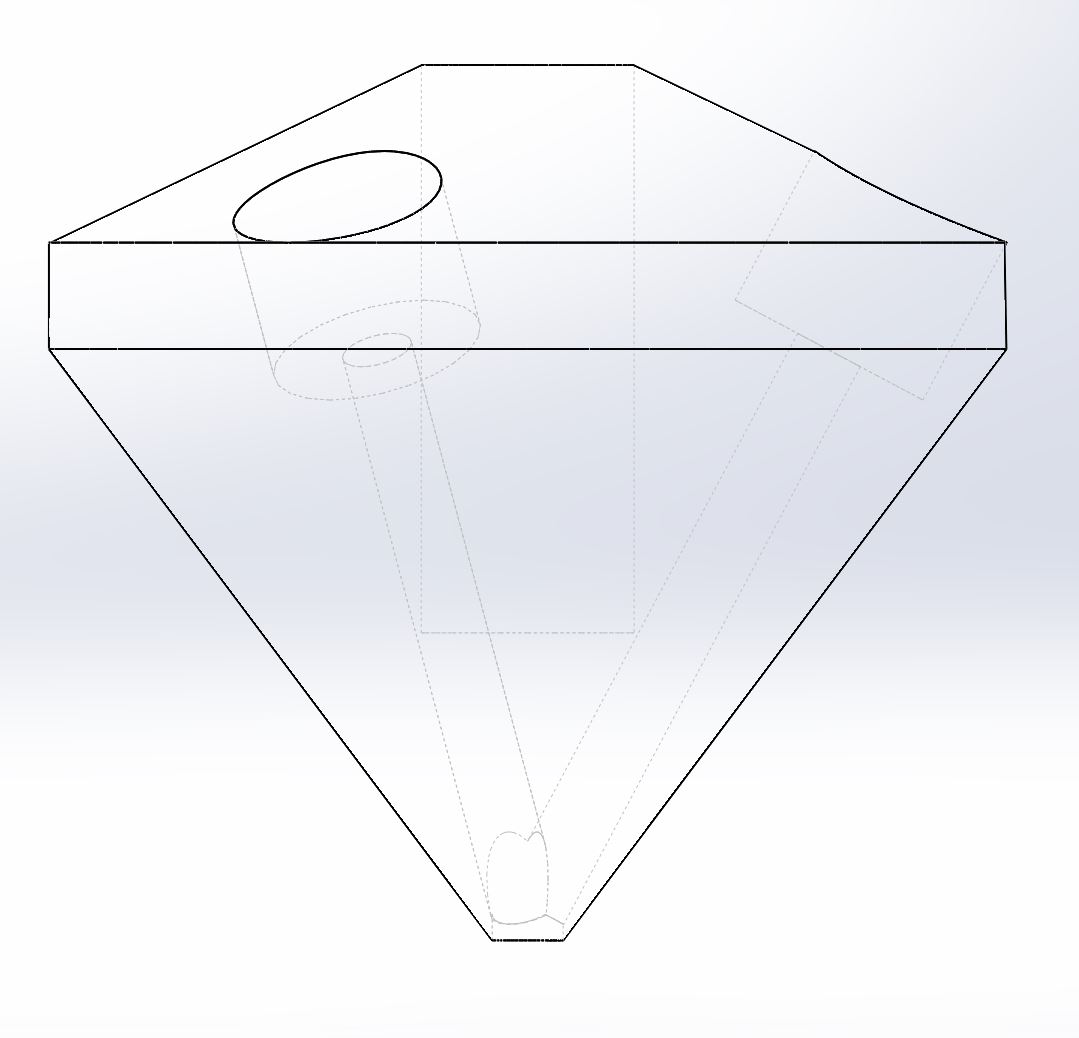 Using the diamond hot end to melt plastic three times faster has been proposed before, and should absolutely work, but I haven’t seen anyone actually try it.

Running three Bowden extruders slaved together on the same step/dir signal (or whatever) should work pretty much the same as a single Bowden. Retractions should work as long as all three retract together.

You probably don’t need a 2mm nozzle. I’d guess ~1mm is probably fine. The speed limit for Volcanos is melting filament, not back-pressure through the nozzle.

I am playing with that idea for a while. Not sure if one heater is enough. Maybe if you pre heat all filament. I would also consider a silicon mold around it to reduce heat lost

On fb, the guy with the big delta who was testing the Bondtech BMG had made a custom volcano heater block for 2 heater cartridges, and they may have been custom 60W ones too. Seems like the cleaner solution. You can always extend the volcano for an even longer melt zone but @Joe_Spanier 's MAZZIVE has a 2mm nozzle on volcano and that was extruding fine. Probably not the quickest speeds though

@raykholo I overruled to extend the length of the heating zone, because I think that heating 3 times in parallel should work better than heating a single string over a longer distance. All theoretical!
@Shachar_Gafni Adding additional heaters is no problem, I have 2mm thin heater cartridges at hand that would fit.

@Rene_Jurack ​ I think it won’t work. Problem will be lenght of the 2mm hole in your nozzle. You need 2xdiameter lenght of the orifice to get laminar flow out of the nozzle, but you can always try

One question I am wondering is if the back pressure of the smaller outlet of the standard diamond is a design feature that will be lost when opening up to 2mm. Probably not since you usually open up at the union of two or more incoming flow paths. But worth thinking about.

I also think the increased surface area of the three paths is a great benefit to high flow melting. The same reason you can normally get better high flow performance out of 1.75 filament, than a similar length melt zone in 3mm.

I am excited to see how things test out. Should be interesting if nothing else.

Ok, so warming up (hehe) to the multiple feeds idea, is there an advantage to the angle of input the diamond has, as opposed to side by side with vertical entry inputs? I guess that’s more like cylcops which requires a lot of force with the molten filament having to make a 90 deg turn… but for this a straight shot might be possible?

@Matej_Rozman Thank you for the info, I​ will keep that in mind. Do you have additional thoughts to share about ‘parallel extruding’?

@Matej_Rozman why would you care about laminar flow? Experiments with real extruders show that a shorter nozzle orifice performs better.