Just as my extruder starts spitting out its first ugly bits of "filament",

Just as my extruder starts spitting out its first ugly bits of “filament”, Hugh Lyman scores the $40k award. Congratulations and thanks for the inspiration! 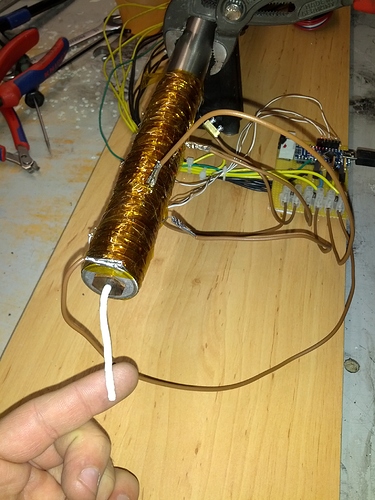 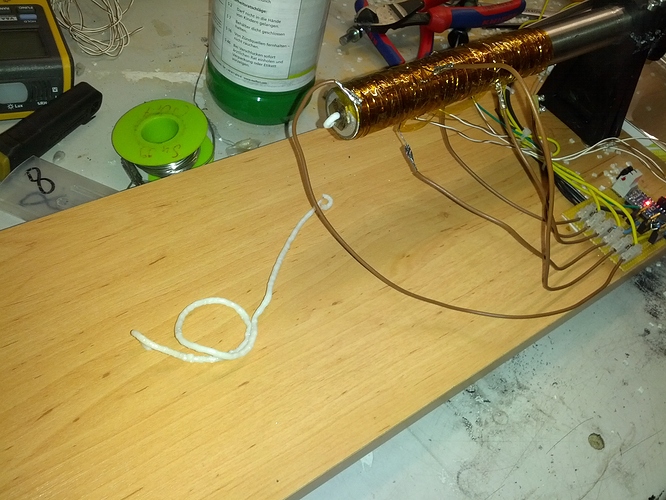 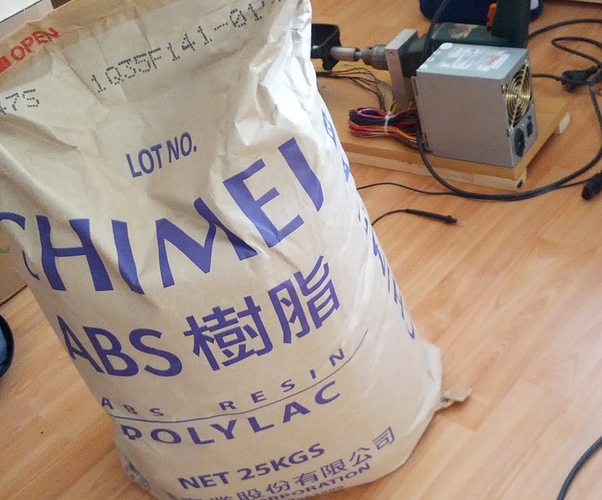 Kudos for your work though!

(and congratulations on extrusion!)

Good work on your version: it may still have vital ideas for future recycling extruder design.

@John_Bump one of the ideas I’m still pondering is some kind of contact-less filament diameter measuring system (+feedback) . I’m taking it step by step, though, topmost priority is getting a consistent extrusion first.

@Sanjay_Mortimer I got the Polylac off of eBay - some guy had some sitting around. It’s 747S, not exactly a high-flow variant, but rather a high-strength one. Everything in my extruder is struggling to keep up with the extreme pressures this blend needs. Next up is a proper blend with nicer flow properties - I’ve found that many of the plastics distributors are happy to sell small quantities of ready-made plastic to private folk.

Higher flow plastic might be easier to extrude, but it might not be the best to print with.

For measuring diameter you could use a line laser and a linear CCD like this one - http://solidoodletips.files.wordpress.com/2013/03/img_6001.jpg http://www.digikey.com/scripts/DkSearch/dksus.dll?WT.z_header=search_go&lang=en&keywords=TSL202-R-ND&x=0&y=0&cur=USD
You can count how many pixels wide the shadow cast by the filament is. Put a second one at right angles to detect if the filament moves up or down, throwing off diameter reading.

An alternative method for measuring which isn’t non-contact could go on the winder. I’m using a Greg’s Reloaded extruder to pull the filament to the spool. I put a laser on top of the idler so as the filament pushes the idler up and down I can measure how far the laser line moves - http://solidoodletips.files.wordpress.com/2013/03/img_5999.jpg

@Ian_Johnson that looks like a great solution that solves two challenges at once.
I was thinking along the lines of having a wide beam of light (LED and some lenses) and then focusing that beam onto a single light sensor (another LED of the same kind should work well). Depending on its diameter, the filament would block a varying amount of the light, and with some smart programming, would probably give a very accurate reading of the diameter while being totally contact-less, so it could measure the still molten filament right as it comes out of the nozzle. This would reduce the regulated system’s dead time by, like, a lot, and allow for a faster and more accurate diameter regulation.
However, I don’t know how much sense it makes to measure non-solid filament, but hey, where would be the fun if everything was easy and straightforward?