I have a problem with my laserweb. I have an Arduino 2560 with Marlin.

I have a problem with my laserweb. I have an Arduino 2560 with Marlin. When I start a job in Laserweb, the program simply stops with no error message.

Have you tried another computer?

have tried another PC. the result is the same, the program. stands still. 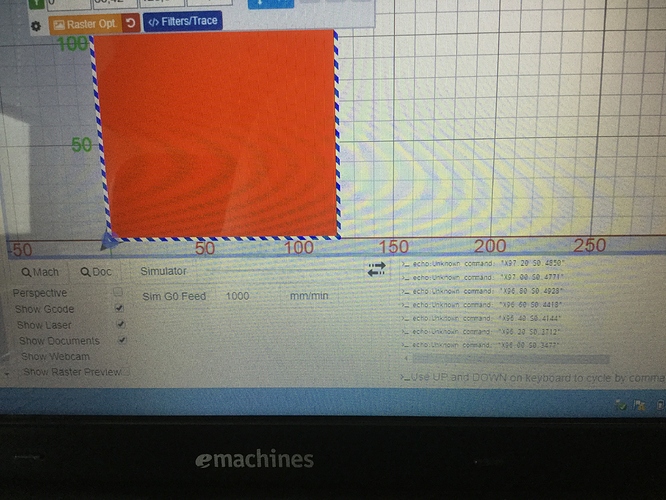 I found a mistake. the g-code was not switched to marlin. now there starts program and stops a little later. the values ​​of the x and y axes do not change anymore. but the display from the Arduino (Marlin) keeps going.