Just ran across Blockscad being mentioned with OpenSCAD and checked it out and wow, it makes perfect sense. OpenSCAD is insanely easy but you have to type the commands and know how to create blocks of commands. With a Scratch-like interface there’s no typing and the design command names are right there in the blocks along with the parameters.

It’s my preferred way to do modeling: 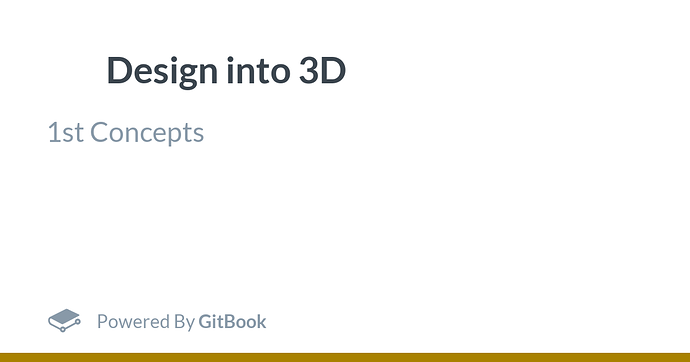 Concepts and design and fabrication considerations

I just wish that there was a desktop/stand-alone app for it — even better if it would allow outputting Python.

It was funded by DARPA and is open source. They even show how to run it local but it’s not integrated as a Chrome App or anything but it would be possible to simplify the installation. Here’s their git repository comment:

BlocksCAD must be run on a webserver for the text block to work, rather than being run on the local filesystem. If you have Python installed, you can use their simpleHTTPserver:

cd /path/to/mydir-with-index.html-in-it
python -m SimpleHTTPServer 9000
Then point your browser to:

It works and loads in your local browser. I have not tested it other than it loading.

I just wish that there was a desktop/stand-alone app for it — even better if it would allow outputting Python.

Python bindings to OpenSCAD? It’s OpenSCAD under the hood so the Text/code section shows OpenSCAD commands created with the blocks. What python code would you want?

BTW, it runs stand-alone as long as you start a web server in the base directory. I ran it, created a sphere and translated the sphere all without a network active.

I was thinking more the Blockly end of things — I’d like to be able to use Blockly to make Python code just by running a local/desktop app.

ah, I thought it was about the BlocksCAD system.

I don’t know if Blockly has a desktop installation for you to create your own custom blocks to output python code but there are other IDEs based on the same concept which do. Like Snap4Arduino which is a standalone installable desktop application and based on the block construction metaphor.
I don’t know how the block customizations differ between packages though. And have you looked for anyone using Blockly, etc to teach python? It would be a great way to teach GPIO control on rPi since Scratch already does it through custom Scratch components.