I am at a total loss.

I am at a total loss. This flowery phone case (Flowers Iphone 5 case by DaGov - Thingiverse) does not look like a challenging model but all I get is one worse than the other. (It is not a printer problem I am sure, for less than a week earlier I had printed my first large print with little problem.)

Doubtful. I just completed a 68-hour print successfully. My observation is that the head often knocks on previous deposits, either causing existing material to drift or new material to be deposited off track.

Unable to resolve it till now.

@Ivan_Hoe so what’s your new secret?

There could be a combination of slicer and calibration problem. As the flowery pattern was so screwed, I turned to a Tardis design. (TARDIS iPhone 5 Case by gunner6666 - Thingiverse) With fewer curves on the bottom layers, they do not screw up as much. But I still got so many bumps that I determined the prints would fail.

So I notice that problem began at the first layer. When laying the first layer, the hot end depresses the blue tapes so hard the seams broke when some lines cross them. This gives me a hint: Maybe Z0.2 is too small at this time. I used to have to use Z.15 in order to get first layer to stick. After some time, Easy Arts’ recommendation of .2 became comfortable. But for unknown reasons (sensor out of calibration?) .2 could be too low. So I increased to Z.4. The print is still going but the bottom layers look OK and I no longer hear hard “strikes”. Fingers crossed!

If it is just a systematic error in calibration, I’m willing to do this manual compensation. 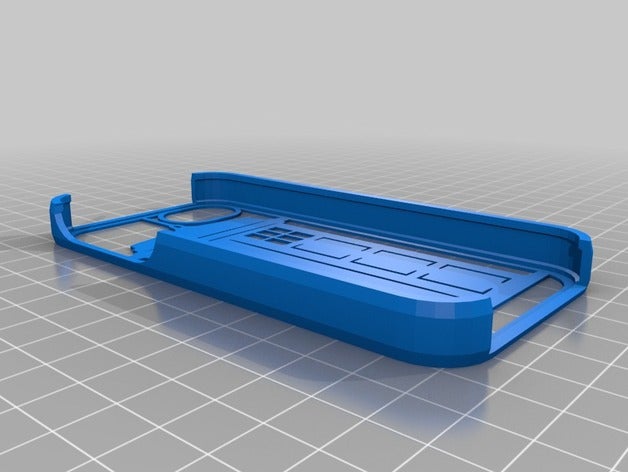 Thank you @whackyhack for the details. Appreciate it.

The Tardis case build was more successful but eventually it developed “bumps” at corners. More than that, the build plate drifted - apparently a lot, causing the vertical walls to be unusable. (Even the bottom patterns suffer from drifting.) Most frustratingly, horizontal drifts occurred on both axis. I cannot quite explain the Y-drift, although theoretically drift can happen in either orientation. 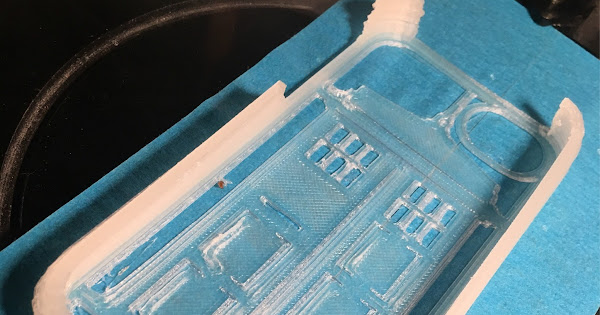