Hey all, New to community.

New to community. I have just installed a new Shapeoko 3 XL and it works very good, have been using ChiliPeppr with great sucess, I like it much better than UGS for the obvious reasons…

Had anyone here tried using a Adafruit FT232H Breakout - General Purpose USB to GPIO board with Ben Delarre’s GPIO server? It’s relatively inexpensive ($15 bucks), and would be great to control relays and such with. 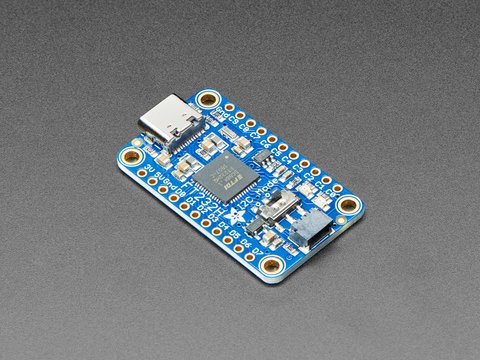 Wouldn't it be cool to drive a tiny OLED display, read a color sensor, or even just flash some LEDs directly from your computer?  Sure you can program an Arduino or ...

After looking at docs I’d rather just use an Arduino and create a text protocol to do stuff like turn GPIO on or off. Uno’s are cheapear than this device and have just about as much capability and seem easier to use. Or, I’d just use Ben’s GPIO server and do this from the Raspberry Pi since you’ll want the Rpi for running SPJS anyway.

Or, better yet, I’d rather use an ESP8266 and write my code in Lua and have it speak over Wifi to SPJS/ChiliPeppr so i have less wires in my CNC setup.

Hmm… Now ya got me thinking. ESP8266 + SPJS/Chilipeppr + iPhone = wireless pendant? Must have been done already, no?

https://www.youtube.com/watch?v=gudsZeGGoBM is a video I did on programming an ESP8266 with ChiliPeppr.