have any of you considered using a tablet with usb for the printer.

have any of you considered using a tablet with usb for the printer. i have tried it and it works fine, and there is a lot of opportunities. 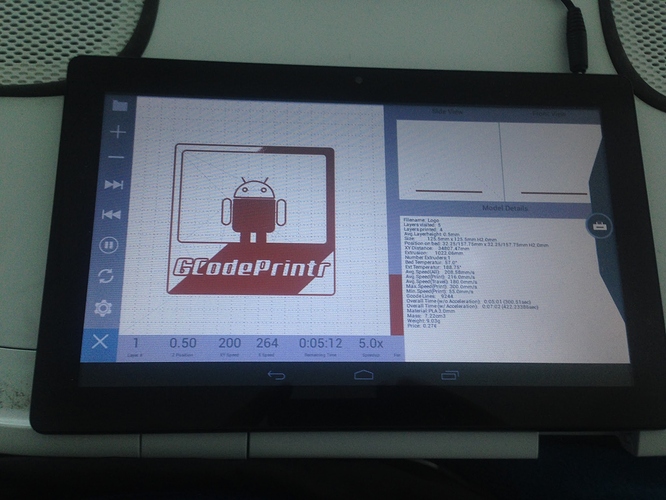 I know several that have. There aren’t a lot of tablet optimized programs. I had tried talking someone I know into helping develop one. But I don’t know what software you’re showing there. That looks promising.

Octodroid works fairly well too, I recently moved control of my i2 to a raspberry pi and controlling it from an old tablet or phone is a great way to repurposed the tech and free up a laptop/desktop from printer duty.

I used this for a while, but moved back to octoprint on a RPI2.

The biggest issue with GcodePrintr, is that 99% of tablets charge with their usb port…the port you need to print with. You need a tablet with DC charge port, or try one of the “probably not going to work” workarounds.

my china tablet have, hdmi, usb in, ubs out and charger port.