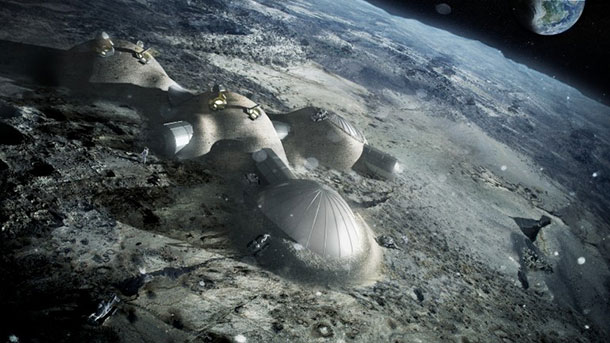 The European Space Agency has released blueprints for the first habitable lun...

The European Space Agency has released blueprints for the first habitable lunar base for mankind. Using robotic builders, the entire base would be built... - Penny4NASA - Google+

Now that that’s done, I see problems with maintenance of the printer due to the fact that lunar soil is highly hmm…not corrosive per se, but gritty? The lunar rover’s parts suffered quite a bit for the relatively short time it was up there driving about. Also, the article says roughly 2m per hour printed, but I can only assume they’re not running off of solar energy alone. It seems solar is the only energy source, seeing as how the moon is geologically dead and it has no atmosphere. Can anyone think of a viable way that this could stay up and running for significant amounts of time?