Yesterday when trying to print my printer kept forgetting to move,

Yesterday when trying to print my printer kept forgetting to move, not skipping steps but just doing them in the wrong order. Is there any quick fix, like changing the planner (look ahead)?

Uh… That’s the first time I hear this kind of problem. What redeem are you running? The latest from git master, git develop?

Also is it a delta?

lastest avalible from the wiki.

Mmk, so the version from kamikaze 2.0.8 then. Does the printer move in the right direction when you do manual moves?

Yeah everything works fine, except for the strange moves(and that M303 behaves strangley)

Thanks will try when i get home and share my results.

It might be a slicer issue that is appearing. Which slicer are you using? And are you getting the same results using the built in Cura?

Not sure why the Android app added an http in front

I turned up the stepper current and everything works now. Seems like the printer was symmetrically missing steps, It skipped the same amount of steps in one direction as the other.

This picture is shows how it was printing before, looks like the part is supposed to look like that since the skipped step is only on one part of the print, very strange. 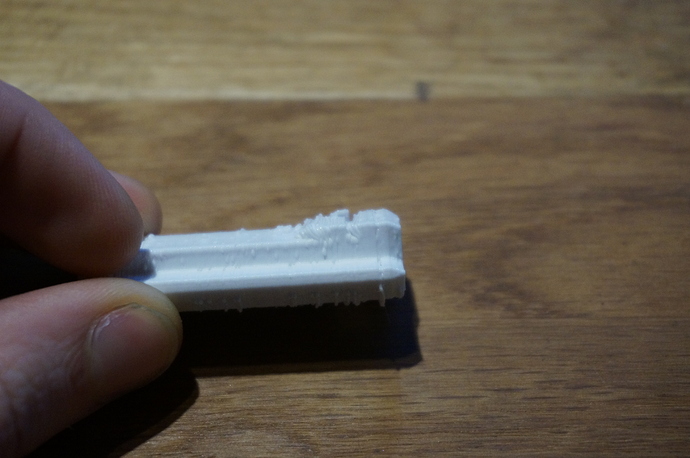 Is this a case of it printing and then every now and then just stops moving for a second or so and then continues printing?

@Pieter_Koorts No it looked like it was correcting itself.

@Leo_Sodergren the reason I ask is because when I left the debug log enabled I found my printer stuttering on certain moves with high gcode line counts. I think the beagle bone was too busy writing logs to feed gcode to the rest of the program.

@Pieter_Koorts I’m just running the log at lvl 20 seems to run smoothly even with small accelerations.