Why doesn't Slic3r implement a regular raster pattern for the top of support structures?

Why doesn’t Slic3r implement a regular raster pattern for the top of support structures? I get that a concentric fill pattern on top of support makes sense when there are gradual slopes. But when there are large, flat, horizontal overhangs, the top of the support structure just doesn’t stay flat when it gets concentrically filled. It ends up sagging or curling and making a huge mess.

The two pictures I have uploaded show the sparse support and then the next layer includes a solid support interface. Think about how much of this solid interface is not supported by the structure below.

KISSlicer has this down pretty well and it works for me but I’d like to have Slic3r available too. 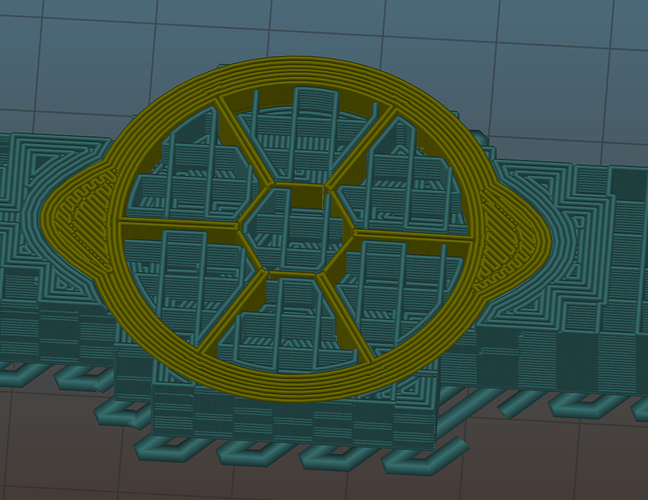 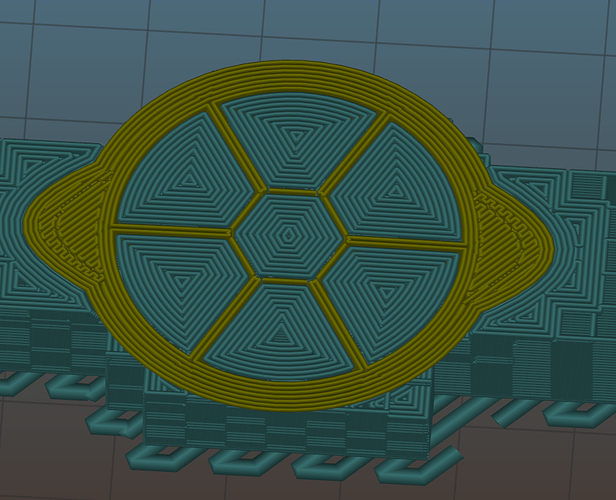 Here is the same part with KISSlicer supports. The first picture is the sparse section. The second is the section where it transitions from sparse to solid. Third shows the solid infill which is a normal raster like regular solid infill.
missing/deleted image from Google+

Hmmm…I think a layer of bridging would be more sane.