Watch for the 220_110VAC switch on Chinese power supplies

In the palm smacking forehead department.

My K40 laser was acting up by having its controller rebooting periodically. I rebrained it with an MKS sbase v1.3 controller(running Smoothieware) and removed the 24V load from the laser PS using a Chinese 24V 5A PS. It’s been working just fine for a couple of years until about a week ago.
Checked all the wires and connectors and even fixed some suspect ones but still it would move and run perfectly fine without the laser firing but 90% of the time when the laser would fire it would stop and I’d see the controller display rebooting and I’d have to reconnect Lightburn.

I only saw 20.6VDC on the output of the PS and couldn’t adjust it any higher so I thought that was somehow dropping out. I had a 2nd 24V5A PS as I purchased 2 at the time of the upgrade and pulled the 2nd one out and was ready to swap it with the one acting up. Then I saw the sticker on the top saying 220 — 110. Sure enough, when I looked inside the cover cage I would just see the switch was set to 220VAC. AND SO WAS THE ONE IN THE LASER CUTTER. I turned the Vadj down a little, switched to 110VAC and then used Vadj to get 24.15VDC. No problems since then and I have no idea why I did not check that switch position when I did the upgrade other than ordering it for 110VAC usage so must have figured it was ok.

Well, it didn’t quite solve my problem of the controller dropping and rebooting. A gut feeling is that it is temperature related because if I leave the machine turned on for about 15 minutes I didn’t see the controller reboot once the laser started firing.

It’s still good to know the stepper motors are now getting full power.

Well, it did quite solve my problem of the controller dropping and rebooting. A gut feeling is that it is temperature related because if I leave the machine turned on for about 15 minutes I didn’t see the controller reboot once the laser started firing.

Are you saying it did or did NOT solve the rebooting problem?

Sorry, I mistyped and corrected it. It did NOT solve my rebooting issue. I had thought it did fix it but restarting a burning session early in the morning( 45degF garage ) and it would reboot as soon as the laser was commanded to fire. After a little period of leaving the controller and laser powered(not firing) it would then work without rebooting. Maybe capacitors failing?

My guess would be that you have a noise problem and the source is the LPS. The noise can be radiated or conducted.
Try with the lights out and see if you see any arcs or corona. These kinds of problems can be hard to find but usually relate to a failing LPS or bad grounding somewhere.

Grounding is a complex subject and is not as simple as ensuring there is continuity between grounding points.

Try a couple of different USB cables.
I have also seen the problem to be grounding at the USB output of the driving computer.I.e. the grounding between the machine and the PC.

Eliminate ground loops in and between the power supplies and the controller.

This post may be helpful with practical suggestions.
https://donsthings.blogspot.com/2018/09/battling-electrical-noise-in-cnc-builds.html

Thanks Don, I thought that initially and opened the laser door while firing it to see what I could but didn’t seen any arcing. Good idea on the lights-out method to see in the LPS. I will try that. It could be a moisture/conduction thing going on inside the LPS as we live about a mile from the Pacific Ocean and night air is moist and salty even in the garage only a bit less. After 3 years… I might even open the LPS up and spray down with cleaner just as a precaution.

My bench which powers the Laser, fans,pumps and laptop are all on one circuit so to eliminate some ground loop issues and my USB cable is choked on both ends.

Thanks for the insights and happy new year!

I might even open the LPS up and spray down with cleaner just as a precaution.

I would not recommend this some cleaners are conductive at this voltage.
Just blowing out the dust is enough…

You mean I can’t fire up the laser and getting it lasing and then spray down the LPS with flammable liquid?

Will see what it looks like but considering it is inside the enclosure and I always run a large exhaust fan with the vents on the LPS side clear/open I just don’t expect much in there which would blow off with air. But if I can run it with the cover off that might be telling. 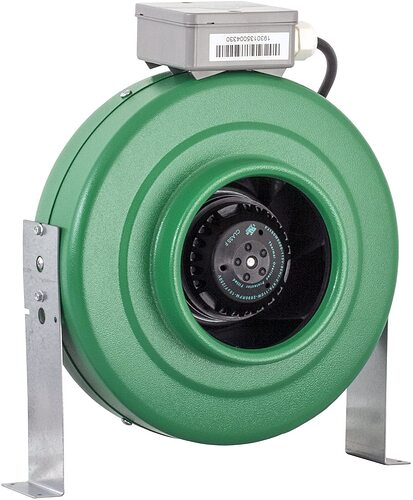