Flashing the fw from vendor and Using with w10.

Is there any experience in using Linux and a Raspberry?
Seems the Controller Board ist No more than USB to Stepper …?

I also wonder if similar to 3d printers any Route optimization ist possible like i.e. Draw a circle at once instead of line by line

We have had various reports, both of success and failure, uploading new firmware that supports gcode to various Vigotec units.

I did nothing special… if the Chinese Software “VigoEngraverL7” (I downloaded Version 2.32 from vigotec.cn) works (so your Hardware is ok), then just click on “Settings”, “Model Select”, “Upload Firmware” (checkbox) and you get a file dialog to pick a “.hex” file. This is the super easy way to push “Standard_Grbl_v1.1f.hex” to your controller board (and the exact same procedure to go back to “VigoEngraver_Firmware_V1.3_B20200718.hex” if you want). Wish you the best of luck! Regards, wood

OK so I cannot get the firmware to update on this device. I found the GRBL firmware and used the supplied XLOADER, carefully following the instructions but it eventually failed (after a few hours). After this, the supplied Vigotec software no longer connects and trying to update back to the supplied firmware fails - so I appear to be screwed! Can anyone help? If I need to buy a new control board, can anyone recomment one that is compatible with the 4 pin Vigo laser? Thanks.

I am back to trying to load the firmware on my L7 which I have had for about 6 months. I try the Xloader and have 2 hex files in my folder, they are VigoEngraver_Firmware_V1.3_B20200718.hex Standard_Grbl_v1.1f.hex I have tried both many times and have only the responce ‘‘Cannot open’’ I have the correct location for the files. I have used the device as written (ATmerga328) com port 1 at the moment is free but changed to other free ports to no avail, Baurd rate 115200. Pressed uplaod and the C…

I looked at http://vigotec.cn/software/VigoEngraverL7_v2.32-B20200814.zip which contains a file Standard_Grbl_v1.1f.hex which ought to enable using LaserWeb, Kiri:Moto, or Visicut. They ship avrdude.exe for windows (twice in that .zip file!), but it looks like it actually uses avrdude to do the upload, and I would expect that on Linux on your Raspberry Pi you should be able to use avrdude for Linux. However, I don’t know what avrdude command-line arguments would be required.

Also, I don’t see any offer from Vigotec to comply with the terms of the GPL for all the GPL software they are shipping. GRBL and Avrdude at least are GPL and they are legally required to ship the source code. I see nothing in that file, and nothing on their web site, offering source code. They are happy to declare their own copyright and state “All rights reserved” for their own web site, but apparently less interested in honoring the copyrights of others.

if they have a Window exe and it calls avrdude.exe you might be able to run a ‘strings’ on the EXE and glean the full call string with command options.

As for the GPL, I thought they were required to “provide” the source which if it is bog standard GPL and avrdude then they could/should just point to the source trees for those. Would have been better to provide the source snapshot with the other tools in the zip file but I don’t think that’s required. I’m often wrong so could be here too.

Well, it’s GPLv2, which requires them to explicitly provide it or an offer to provide it. But there’s absolutely zilch.

The XLoader license.txt is from 2012. No idea whether they have modified GitHub - xinabox/xLoader: Tool for Flashing ☒CC01 and ☒CR0x using ☒IP01 or not.

There’s no mention of avrdude in XLoader.exe strings. Might be internally compressed? I don’t know whether it uses it or not; that was just a guess.

FYI: L7 and L7X controllers are not the same. 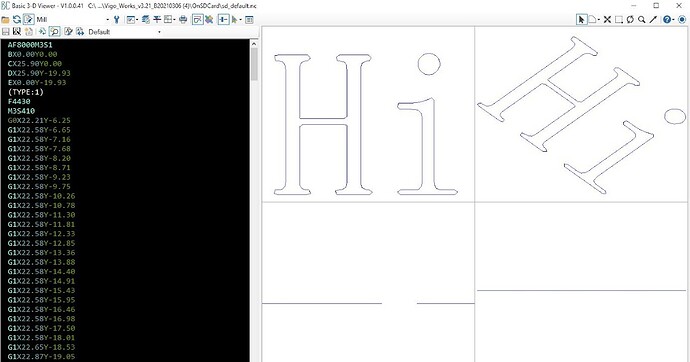 This file has been truncated. show original
3 Likes