I haven’t even powered up my VG-L7S and already stumbled into some concerning findings.
I replaced the sideframe with versions that were longer so the unit would be more stable.
I immediately noticed alignment errors.

The significant finding is that the carriage wheels in the Vslot have a lot of “Vslop”.
There is no adjustment to tighten them up. 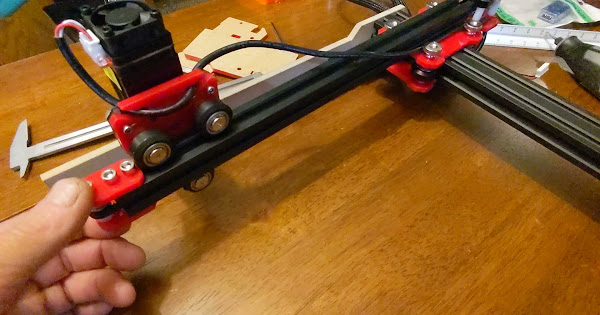 Although this is a Laser unit topic I wanted to solicit advice from anyone familiar with cantilever
and Vslot machines.

Isn’t it traditional to have eccentric mounts for 2 of the 4 wheels in a Vslot setup like this??
Any advice on using these: Amazon.com: Befenybay 10PCS Hexagonal Eccentric Column, 10PCS Round Column, Height 6mm Inner Hole 5mm for V Wheel 3D Printer Parts (Eccentric Column 6mm Height): Industrial & Scientific

I see its a while since you posted the above. I just spent the morning etching trapeziums when I thought I was etching rectangles. I think the that the problem is what you have called “V-slop”. But I’ve found that the slop changes the angle of the X with respect to the Y as well. (not important in most applications) but today I needed precision.

Have you solved the slop problem? would you mind posting how? Did the eccentric spacers work for you?

I did modify the carriage to remove the “slop”.
Best I can tell (measurements) it corrected the problem.
However I have not done much image testing with it. 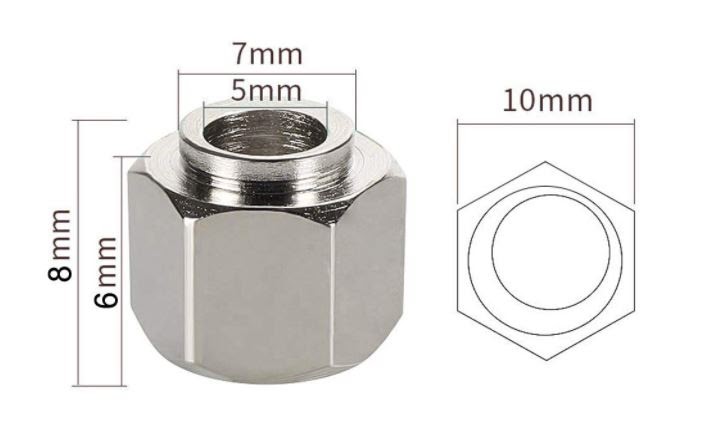 The Not So Stable Carriage After the assembly of my VG-7x I noticed significant play in the carriage in both the X & Y-axis. Laser diodes a...

My cheap 3D printer comes with eccentric spacers as standard. It would not have been a big deal including them in the L7x. I am not sure that I would recommend the L7X, now. The VIGO works software is buggy and a little bit counter intuitive and the non standard implementation of GRBL in the card prevents it from being used with other popular software without modification, and the machine is devoid of any safety or usability features like shielding or end stops to allow for easy alignment.

Anyway I’ll persevere for now as my needs are simple but I wish I had spent a little more and gotten something better now.

I agree with your assessment of the machine design quality but I got what I expected. It’s always a question whether buying cheap and upgrading is better than just paying more for a better machine :)!

Although my MoBeam project is on hold since the fishing is good and honey-do’s abound I have plans to correct these things this winter.

By the way there are folks that have hacked the controller so that it can be used with lightburn.

Lots more info on the blog I cited above.

mmm like many things it’s six of this half a dozen of the other. It’s well within my skills to do the things that you have described in your message, but I feel that by the time its all done I will have spent the same amount of money (maybe less) if I had bought a better machine with all of those things as standard.

I realize that money is not the whole story. Most that read this forum are tinkerers (including me) and such projects can be interesting and rewarding. But there comes a time when you need to ask yourself whether you would rather build stuff like furniture, guitars and ukuleles, and bits and pieces out of wood (or go fishing), OR tinker with the tools that help you make those things…

At the moment I am leaning towards the former, not the latter.