i have one question, i can´t find somebody who selling this Z kit attachemt : 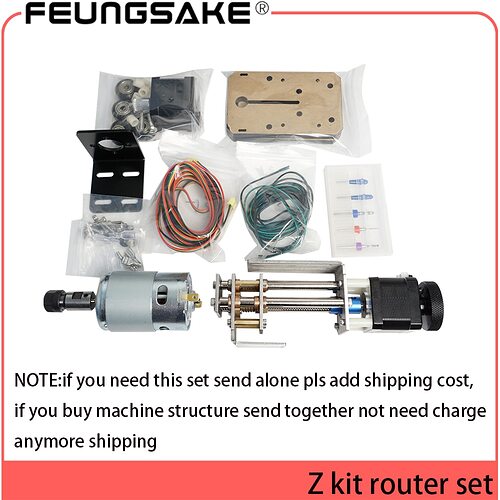 Your device is not the same manufacturer as the ‘z axis’ item you wish to install, indicating it probably will not just ‘bolt on.’ Might be a good diy as they look very similar. I am also suspicious that the frame size on your device might not have enough strength to support such a large z/x axis load. If you look at the actual device it is designed for, it looks much bigger than the one you have specified. Does this make sense? This is just an observation.

I’ve messed with a few of these and some parts match up and are interchangeable while others are not, even though they are the ‘same.’ Usually frame or mount parts vary. I have a solid state LED laser with an input of 30 watts that I’ve moved around.

thanks i really don´t noticed this different firts, i understand that is a possible that they will no macht, bu the way, i forgive to put the link about, they sell that z kit with a laser engraver and this is the one they sell, that should work, but is a bit more then $200 more, Laser Engraving Machine 150x150cm 30w big area cnc 15w laser machine PMW TTL control,20w laser cutter 5.5w wood Laser engraver|Wood Routers| - AliExpress

comparing the original laser printer from alibaba them with aliexpress i find some differences, i don´t actually know if that will work