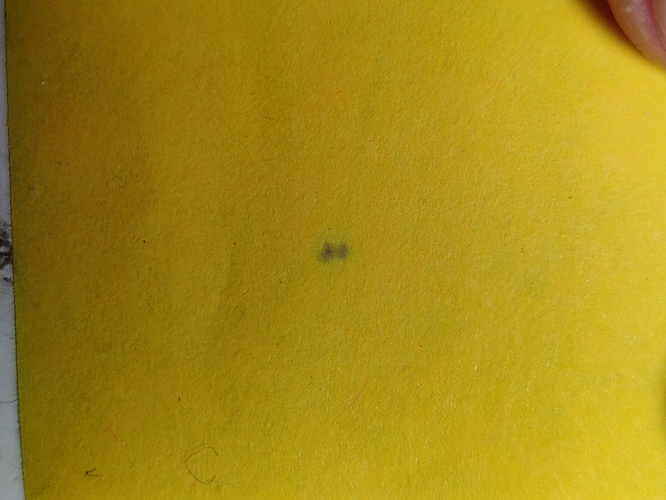 This photo I took on Wednesday. It shows a Post-it that was attached to the end of our laser tube. The dots are about one millimeter apart.

Is this a TEM01 mode? What is to blame? Imprecise tube length? Thermal expansion?

The tube is pretty new. It was installed at the end of last year and it has rarely been used. In fact, it hasn’t been used at all for the past few months.

I think right after the laser is turned on, it fires in TEM00. This is a bit hard to tell as it’s hard to press the test button just the right amount of time to generate a sharp spot. The picture above was taken after the laser was on for maybe 30 minutes, without doing anything asides from the occasional test firing. The water temperature was probably around 26℃, i.e. room temperature here in Hong Kong at the Dim Sum Labs hacker space. 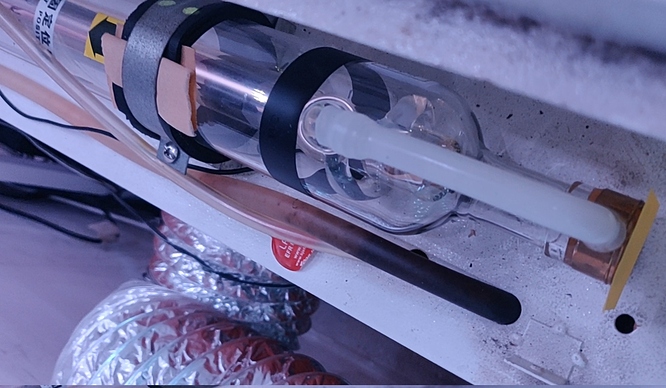 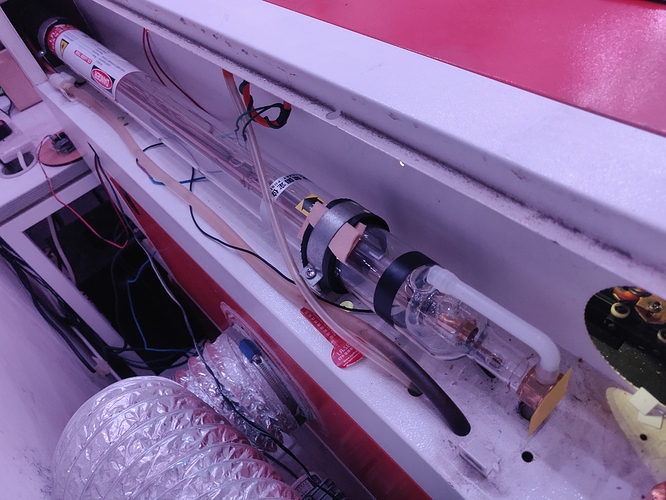 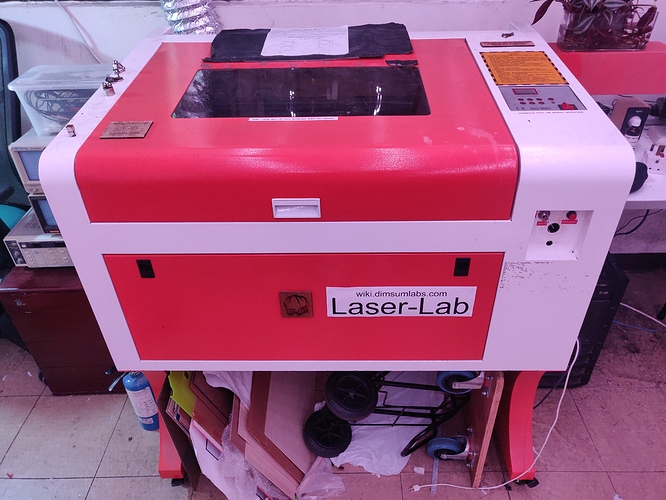 Did this tube and machine ever work properly?

Move the target further away and take a test shot. This may enable us to see the pattern better.

Did this tube and machine ever work properly?

Looking at the parameters that people use for cutting, I doubt it. It has a relatively new 80W tube, but the last time I used it, it felt more like 20W. One problem was that the head was about 3 mm too high and all the optics were badly aligned. I fixed that by exchanging the standoffs for the head. Also I got new mirrors, gold plated copper, and I’m about to order a decent lens.

Move the target further away and take a test shot. This may enable us to see the pattern better.

I can try sending the beam through the mirrors, but I’m not sure that the two sub-beams will diverge. If it’s a transverse 01 mode, then inside of the tube it’s in fact one beam with two maxima, as is nicely demonstrated in the MIT OpenCourseWare video Laser fundamentals II: Laser transverse modes. The presenter uses a lens to increase the size of the image.

I am working on the cooling now. The idea is to use ice to get it closer to 20℃: There is a fridge with freezer right next to the machine. However, upon inspection of the water system, I realized the tubes are full of mold, a Hong Kong problem. So the first step is to replace all tubes. I also ordered a new cheap aquarium pump. Eventually we may invest in a CW-5200 chiller.

I am suggesting to put the target on the first mirror vs directly on the end of the laser as the picture shows. Just wating to eliminate and effects from being on the tubes face…

I can try that if the problem resurfaces despite proper cooling.

Note that I first saw the double beam on tape on a mirror holder, when I was doing alignment. So it’s not an effect specific to having the target right on the tube’s face.