Ok, I’ll try to keep this simple and direct. I’m working with a Sculpfun S9 and am running LaserGRBL on a Windows laptop I slapped together purely to run the engraver. I’m annoyed that I have to do completely separate processes for raster vs vector (guess I was spoiled by k40 whisperer), but I will get back to that (feel free to chime in if you know of a way I can run the raster followed by vector without having to manually start each one). My biggest problem has been positioning issues.

If I want to do a vector engraving followed by a vector cut out, I have to do them as separate tasks. Also, I have to run the cut lines as engrave lines as well to keep everything aligned properly. Otherwise the positioning is skewed (usually down and to the left, since that’s the 0,0 corner). I’d like to be able to run my vector engrave lines and vector cut lines in one long process if possible… so please let me know if there is a way I can do that which I have not figured out.

What I’ve so far decided to do is make separate files for each step of the process (raster engraving, vector engraving, vector cutting). That way each has it’s own parameters that I’ve figured out work well for my best results. I would like to make this processes more efficient if possible. I will add pictures of the two projects I did (first where I left the cut lines out of the project when engraving and loaded them separately later followed by one where I added the cut lines into the engrave line process then ran the cut lines a second time separately).

I have not. Didn’t know about that. Here are examples of my positioning issue… 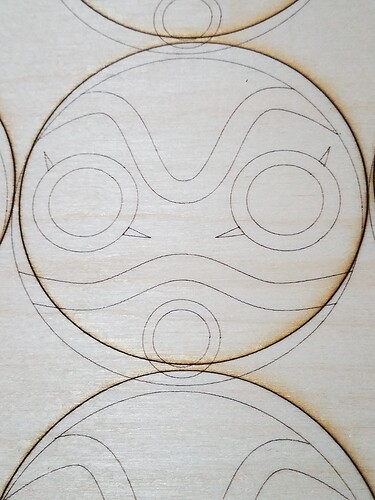 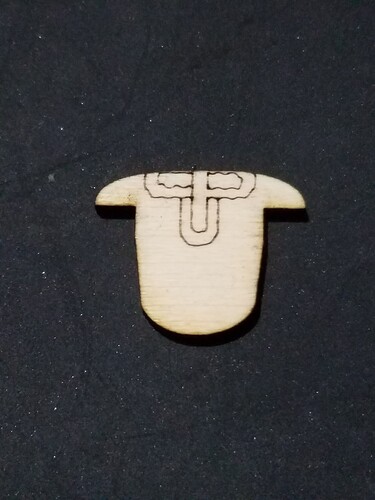 I will look into meerk40t tonight, as you have me curious.

You’d need to use the latest beta, the 0.7.x line doesn’t have any good grbl support.