Toybox with most of my toys

I built a treasure chest toybox for my new grandson using most of my toys - I thought I’d share :

I 3D printed some dowel jigs :

All different configurations to allow drilling into the end of the battern, or side etc :

Then I put the frame together, and covered the inside with 3mm ply :

I then cladded the sides with tongue and groove :

To make the curved top, I designed a piece in Fusion 360 :

And cut a piece of Vinyl on my GCC Expert 24" cutter to use as a template - cut out with a jigsaw :

I then made two more, using a palm router and the original as a template, and fixed them together using more batten :

More tongue and groove, I glued a few sheets together, and cut slices into the back 10cm apart with a circular saw :

More glue and straps, I bent that over the existing frame :

Bit more use out of the palm router, I trimmed all the edges :

Then I filled the cavity of the lid with more ply :

I then polish a piece of brass, spray painted it black, and K40’d a design on it - and left that soaking in Ferric Chloride over night :

Once it was etched, I painted it again, then rubbed it down with wet and dry, then covered it with clear resin :

Meanwhile … the box got painted in eggshell white. And it was back to Fusion to make some carry handles, and mock iron work. I used my Creality Printmill for the bigger parts : 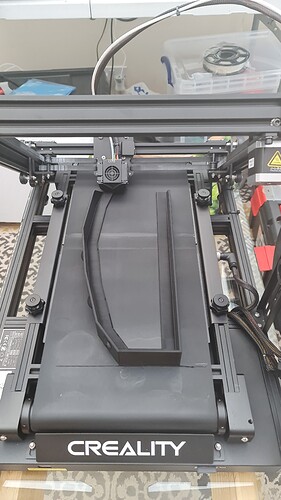 I then cut some more vinyl decals, and here is the finished result :

So - a few things went wrong. My initial design was to have a piano hinge for the lid, but that meant it would have to sit too far away from the wall. The new hinges lift up and forward which worked really well, but it meant I had to add extra support for them externally - which ruined the aesthetics a bit. 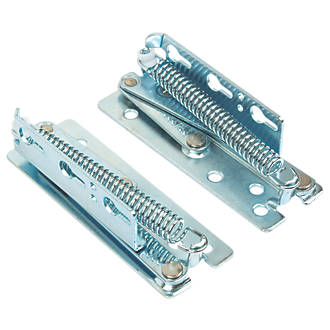 I also used 2 cans of matt spray varnish in the hopes it would seal the vinyl in - but it was too thin. It needs to be delivered in time for his birthday - so it’s got to go.

Wow what an awesome project … what skilled craftsmanship… what an impressive use of the toys to build a place for toys !!!

Amazing use of maker tools!
Wonderful craftsmanship as well.
How in the world did they do that hundreds of years ago without all the modern tools?!

Gorgeous piece. I am sure it will be a loved chest for many years.