I present the new must have for everyday carry in this virus laden world.

No longer do you have to subject your precious skin to germ laden surfaces. It pulls, it presses and it flips! All with no skin contact. 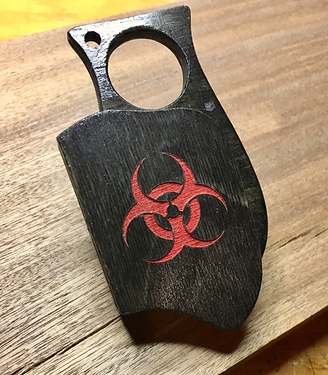 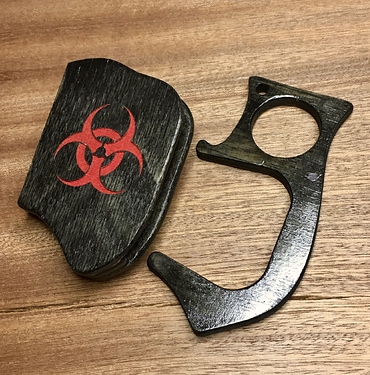 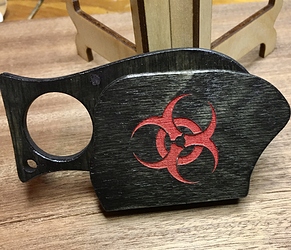 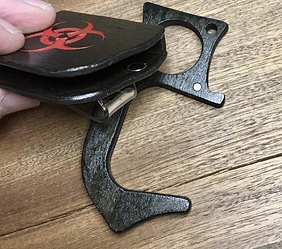 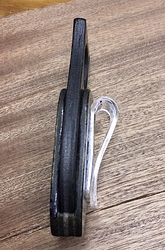 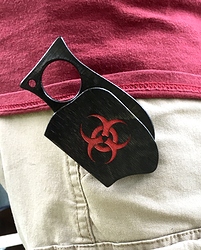 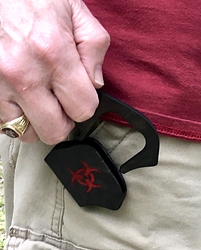 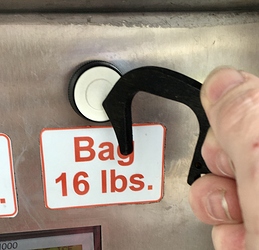 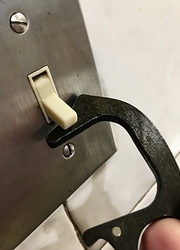 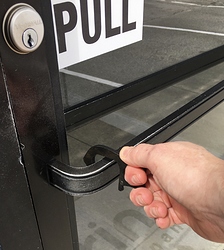 File on Thingiverse. Note that there is a referenced 3d print for anyone that wants to 3d print a version of this. 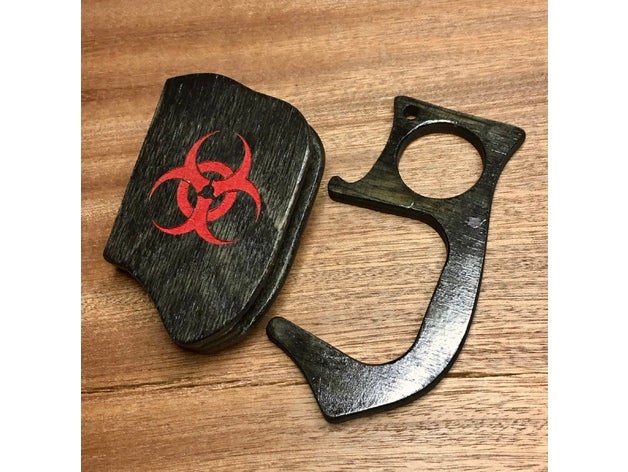 Laser cut door pull / button pusher / switch flipper with a sheath. Use to avoid skin contact with different surfaces. This is a design remixed from a 3d print by DiAleksi. The Touch-inator and sheath spine are cut from 1/4" plywood and the sheath...

Made from 1/4" and 1/8" plywood. Has an embedded magnetic catch and an acrylic belt clip. Stained black with several coats of spray polyurethane for easy cleaning. 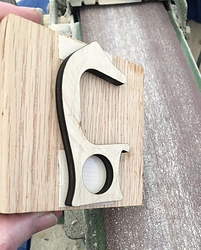 Rounded over all the edges, except for the inside of the sheath sides were they will glue to the spine, with a small sanding drum on my rotary tool.

I chose to stain mine black, but it could be painted any color you want or left natural. For the finish I chose a gloss polyurethane spray. The polyurethane provides a tough finish that is relatively chemically resistant which makes cleaning / disinfecting easier. Applied several coats and allowed to cure overnight.

At this point I wanted to add a biohazard symbol. So I masked one side of the sheath, just be sure you are selecting the side that will be on the outside, and etched in the symbol. Used the piece of ply that I cut it from as a jig to make centering easy. 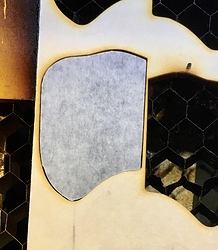 After etching, I painted the symbol red and removed the masking. 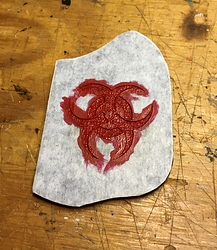 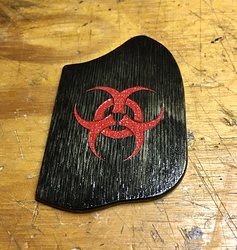 I used a 3x1.5mm magnet on the Touch-inator and a 6x1.5mm magnet on the inside of the sheath. I used 2 double stacked 3mm magnets because it turns out that the 6mm is a bit too big to fit the overlap of the sheath side and the next size down I had was the 3mm. One 3mm by itself was not quite enough holding so that’s why I doubled up. A 4mm diameter would probably be better. I sized the holes I etched for the magnets to be a press fit and at this point I added the magnets, making sure they were oriented correctly. It’s possible that another set of magnets will need to be added at the tip to improve retention.

Before gluing the sheath sides to the spine, I lightly sanded off the finish with my rotary tool where the spine will attach. This will ensure a strong bond. I traced out the spine on the sides to see where I needed to sand. 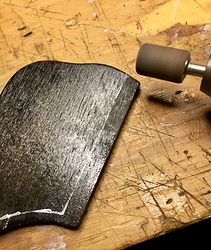 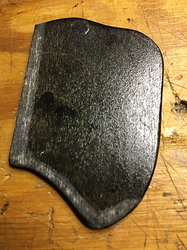 Used wood glue to attach one side to the spine with spring clamps. After the glue setup I glued on the other side. 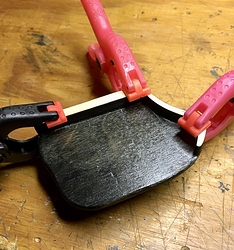 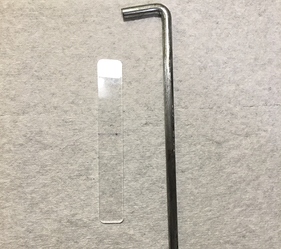 Optix acrylic starts melting at 300-315F. I covered a small baking tray with Al foil and preheated the tray and metal tent stake in my toaster oven at 280F for about 8 minutes.

Then placed the acrylic strip into the oven and heated for ~ 2 minutes. Removed the tray and quickly placed the tent stake across the acrylic on the inside of the 45mm mark. Then using some tweezers I quickly wrapped the other end around the stake until it was touching the other end. Added a slight up bend to the end. Kept slight pressure on the folded end until it cooled enough to hold the shape. 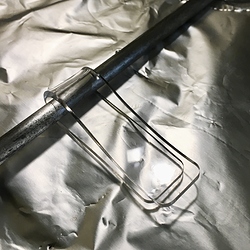 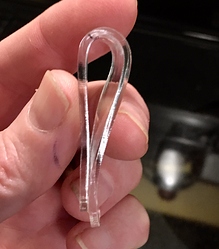 To glue acrylic to wood I like to use E6000 glue. Glued the clip to the back and clamped in place for 2 hours before removing the clamps. Really needs to dry at least 8 hours before pulling on it too strongly. 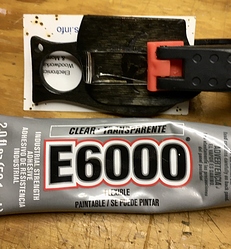 Do you have a carry permit ???