Took me some time,

Took me some time, but managed to change filament on a 3d printer(anet a6) while it was still running! This was especially hard since my stock extruder is absolute crap when it comes to changing filament and my printer doesn’t go lower than 10% speed without commands. 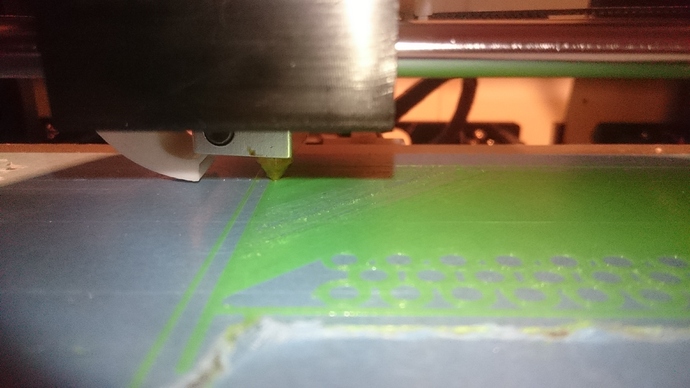 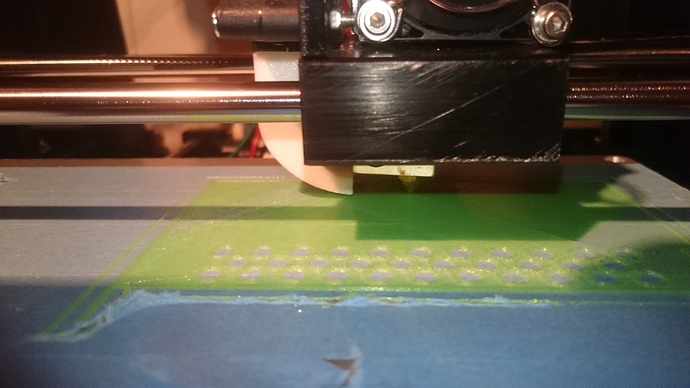 Mine has a filament change option. I just click the button and it spits out the old filament. You then insert the new filament and hit the button again. It’s pretty painless.

Always surprises me when people don’t have a pause and change filament option. Comes in handy all the time.

You can pause with an M25 command anytime or you can do a filament change by editing the gcode file and adding an M600 command at the layer height you want.

The pause feature works in most firmwares (either M25 or M226) but the filament change feature (M600) only works in Marlin and Smoothie firmwares, and in the case of Marlin, that is assuming the feature was enabled when the firmware was uploaded.

I really like the filament change feature, but have done it both ways with pausing and manually changing the filament out as well. The automated routine is much nicer though when using Marlin.

@Jason_D I believe I’m using Marlin as I have a knock off Prusa i3 and there pause and filament change options right in the printer menu. Just select pause and it does just that. Select to change filament and it actually runs the filament in reverse to let it out. Only issue I have noticed is that it’s pulling all the melted plastic up through the extruder gear and could gum it up. I haven’t had that issue but I’ve only use the filament change option once just to see what it did.

All of these tips are great, but I was using cura 14.07, so I didn’t have a direct way of entering commands to the printer. This meant I would have to know when to change filament beforehand, which was impossible, since I just used a piece that snapped off my roll.

Going down to 10% speed also helps if the infill of the print is curling. Yeah, I had that problem lately. What you do is slow it down and then use something to press the infill flat with the surface. Be careful not to burn yourself, interfere with motion or damage the print. Also be careful to watch out for the rapid movements between prints.

Wow, didn’t expect the moderator to comment on this, and how the heck am I this far up the stream!?
Thanks for the support guys!

@Joakim_Innvaer why wouldn’t a mod comment? It’s not like they are kings that think they are better​ than everyone else. The mods here have been very helpful as they should be. It’s the same thing in my communities. MODs should be helpful, not like rulers.

yeah, but i just thought my post would have gone far down in the stream by now, lol

@Joakim_Innvaer one of many moderators. Hey, I am nobody special. I just happened to be in the community long enough and showed a hatred of spam so I was given the power to delete spam by +Thantik. I have printer problems myself and some of my advice is not right.

Cool, don’t know why you wrote that about the infill, but it was good advice! I will probably need it sometime in the future

@Joakim_Innvaer Yeah. It was a useful little side topic.