This old posting chronicles some lessons I learned about Ares.

This old posting chronicles some lessons I learned about Ares.

Finally woke up to music to my eyes. (Well, OctoPrint doesn’t carry sound so music to my ears remains elusive.) World’s first Ares 3D scanner’s laser bracket printed on Ares 3D printer! What a world of difference the correct firmware has made.

My first attempt at the bracket began two months ago (Sign in - Google Accounts); actually even earlier than that post because I had also attempted to print the bracket at the present orientation, only to discover that my Ares’ printable area couldn’t print the length - at the time at least. All efforts then focused on a 90º-rotated model. Various attempts gave me all kinds of insights into 3D printing (adhesion, slicer settings, performance evaluation, etc.) as well as revealing various problems with the Ares printer I received, but not a bracket. The closest I had was a structure that failed at ~1/4 height, using KISSlicer after I figured out how to enable support in it. Frustrations became so big that I had to divert my attention to printing the more complicated Swordfish fighter jet. The jet marked a milestone in my learning curve, but the object was much smaller.

Then, another Ares user posted direct attempts to determine Ares’ maximum printable area. The result was impressive. But all my attempts to replicate resulted in failure. Meanwhile my fear of problems in adhesion (and warping which is somewhat related) had grown into a phobia.

As adhesion stood as enemy #1, I decided to tackle firmware. An engineer from EasyArts, the maker of Ares, initially suspected a mismatch between DELTA_RADIUS and shipped rod length as cause of my bed leveling woes. At the time I took a shortcut by turning up endstop parameters for lack of confidence to tweak firmware. It turns out that my knowledge about Linux and Arduino makes firmware less than intimidating. By the end of January I had conceived my Marlin firmware update guide Sign in - Google Accounts. (Posted in mid-Feburary.) So after a partial success in improving adhesion in reapplying blue tapes (the predecessor was the paper experiment Sign in - Google Accounts), I decided to eat my own medicine and follow through with firmware update. (Like a medical doctor who does this, I also had to update the guide for finishing touches.) The result was astonishing. Adhesion problem - what adhesion problem? The correct firmware even prints to bare glass reasonably well. The Harbor Freight blue tapes makes objects almost stick too well. (More on Harbor Freight later.) Another great finding: Without firmware mismatch, warping is gone. Even though I still have trouble to reproduce the maximum printing area, I see the print stick to edges where I fear warping most.

With this renewed confidence that any print will finish without fear of being knocked off bed, I decided to give this bracket another try. Not from the 90º rotated orientation, but from the flatter orientation as posted by the EasyArts.

There still is significant unevenness in the bottom layer, but that is more a bed leveling issue that can be adjusted. The piece really sticks to the bed. You can also see obvious defects in the front wall but that’s the only big surface defect in the entire piece. (Aside from the bottom.) The problem is in printable area. The total length in the arm is 149mm, while the printed object is a millimeter or so short, so Ares didn’t get to print an outer wall. I hope this will not affect the function of the bracket.

All in all, this is a good piece. 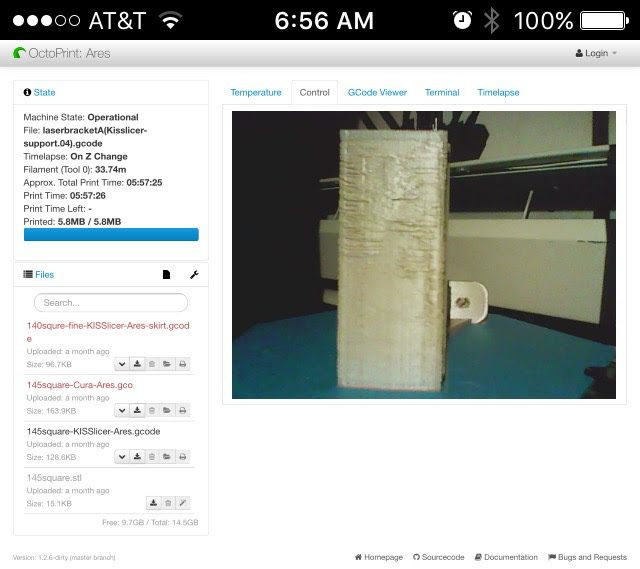 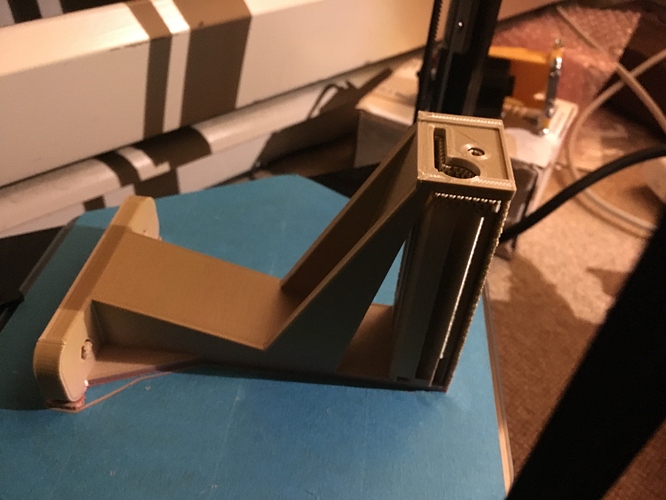 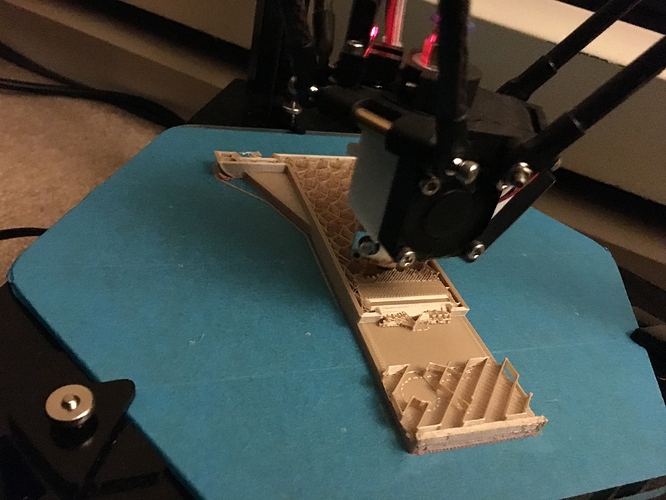 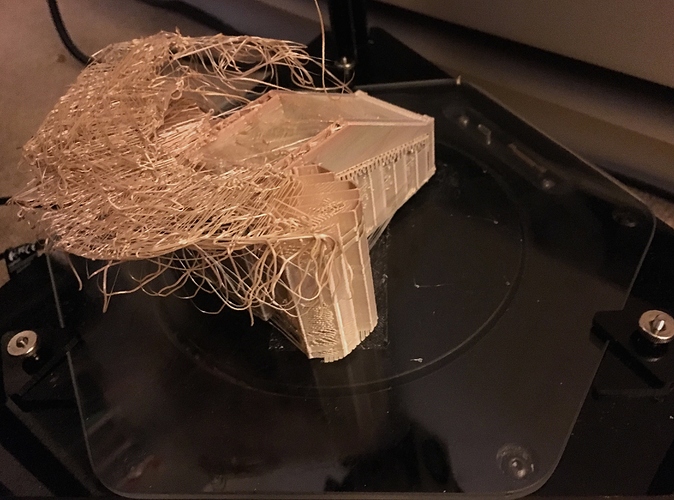 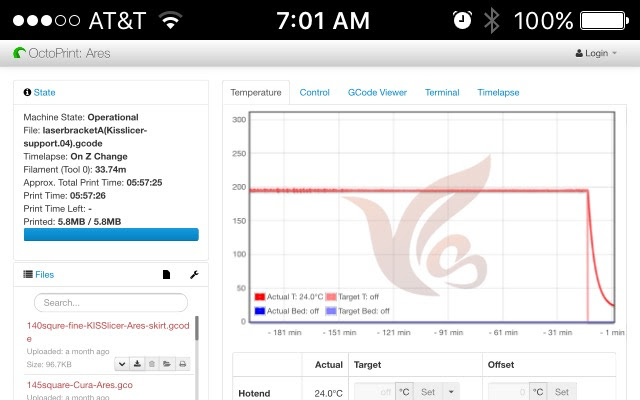 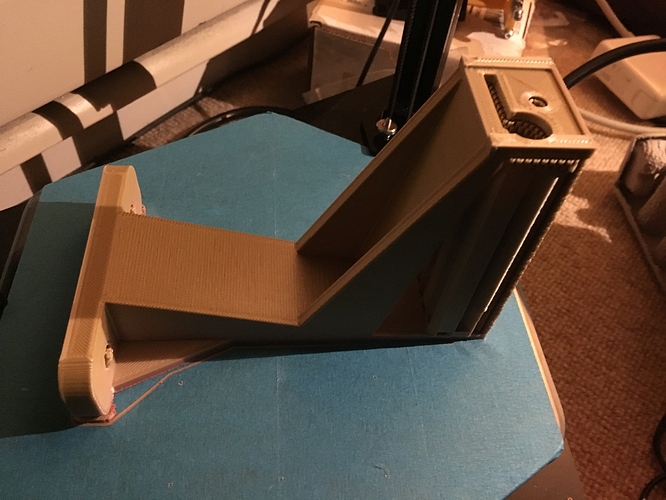 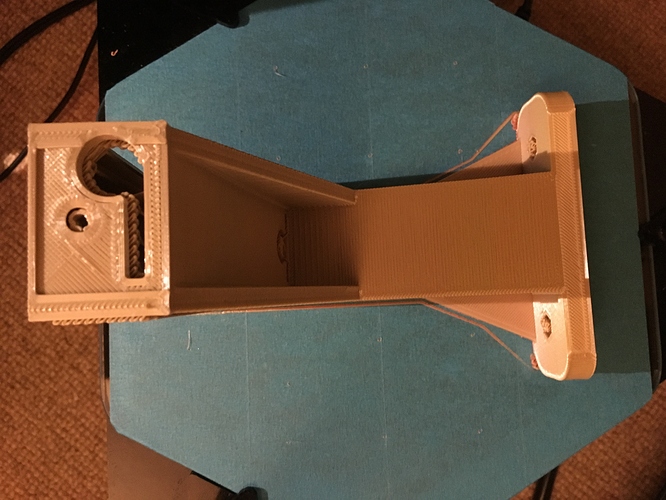 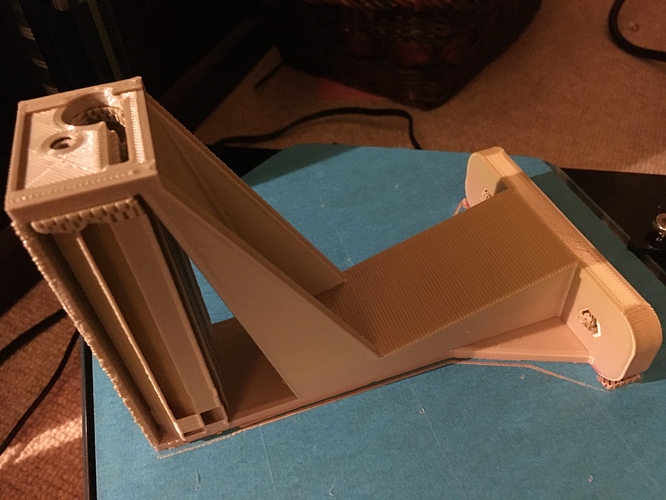 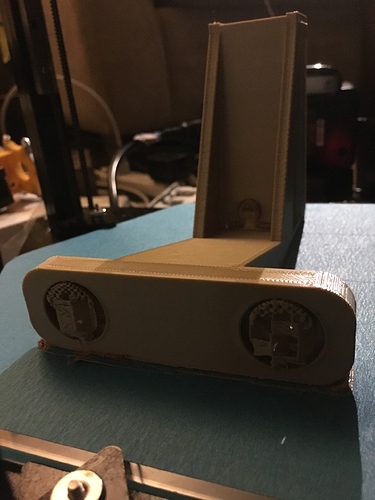 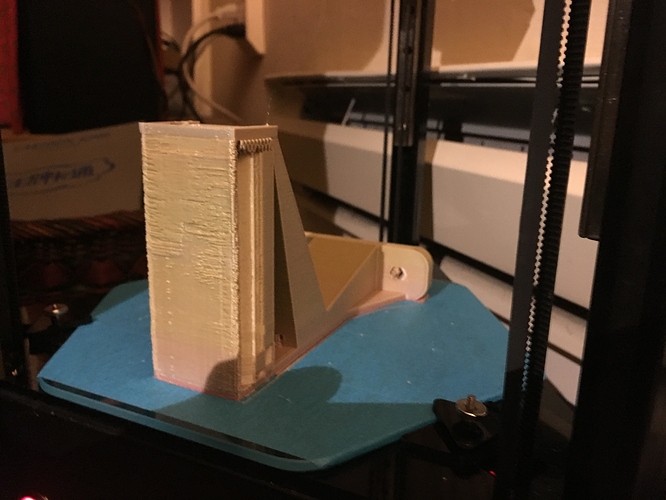 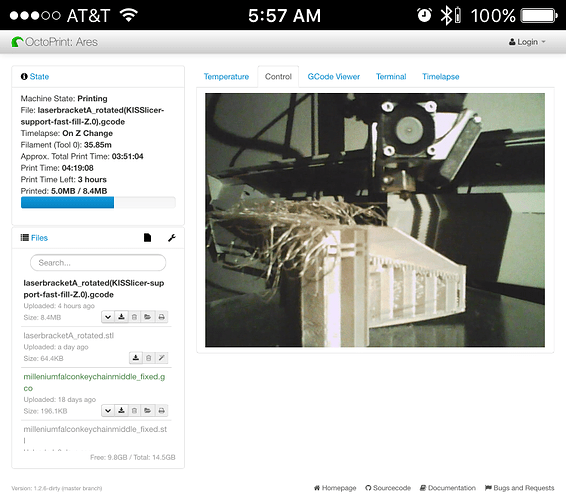 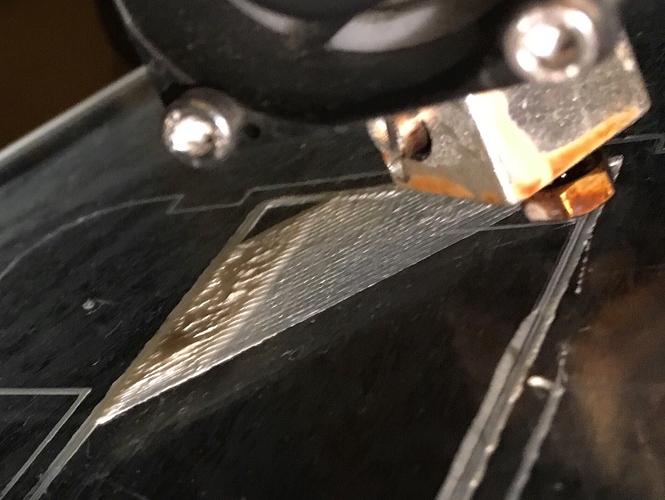