This is the upcoming Tigershark 3D printing board based on TinyG.

This is the upcoming Tigershark 3D printing board based on TinyG. @Adam_Vadala-Roth is creating a ChiliPeppr workspace that ships with the board. First time ChiliPeppr will be used for 3D printing.

This time I’ll share this pic public not private lol 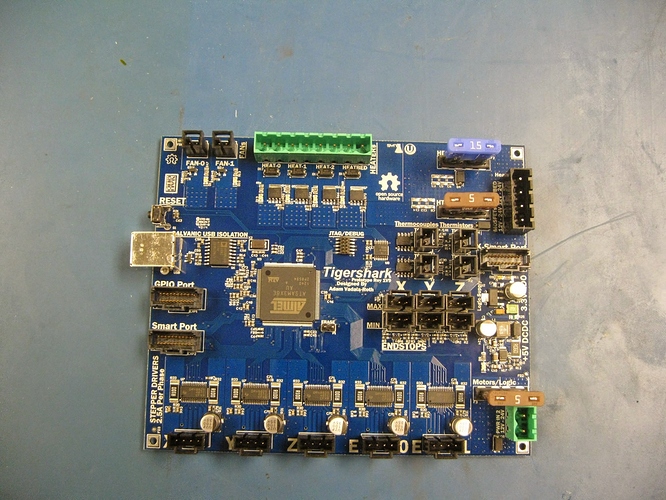 I watched your guys stream while setting up the workspace. I am super excited to see this get operational. I know what my next setup will be driven by.

@Adam_Vadala-Roth It would be cool if the Serial Port JSON Server was built in to the TigerShark.

Hmm, what is that Smart Port right there? This is indeed a great advancement.

I don’t know about that John, we’ll see what Alden thinks. We’ll have our hands full with the temperature control extensions and corresponding command API.