I completed a unique Christmas project. This idea was prompted by my 90-year young engineer Dad cleaning out his vacuum tube bin. I did not want to see them be trashed so imagined a way to keep and display them in contrast with new technology. The display is done in the “steampunk…ish” art style to emphasize the OLD vs NEW.
Turns out it is pretty hard to get things to RUST like you want them to.

The vacuum tube is obvious however the equivalent modern 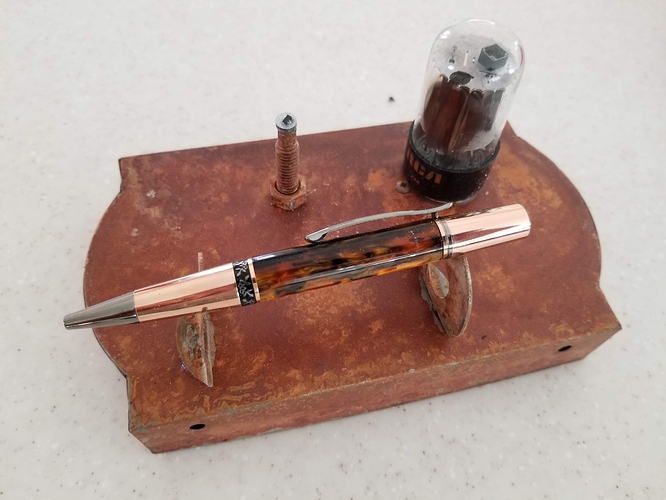 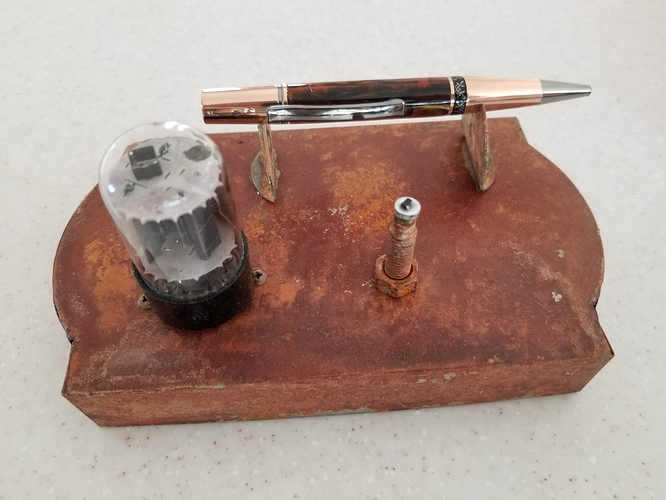 As a side note over the span of his career my Dad designed using Vacuum Tubes, transistors, IC’s and microprocessors.

Nice work! It is funny though that the tiny transistor you have there is actually freaking enormous when compared to transistors in current CPUs at 10nm (or even supposedly 7nm from TMSC). Crazy how the scale has changed from vacuum tubes to now!

You are right, I struggled a bit with the notion of showing the smallest transistor possible. As a result of this project I realized that most people have no clue of the dramatic change this industry has gone through … and don’t care.
I remember grabbing the tuning knob on a radio when I was a kid, while in bare feet, and getting the shit shocked out of me.
I remember going to the 7-11 to buy replacement tubes for the B/W TV whose vertical hold was always crapping out.
I remember getting my first transistor radio for christmas…
Zooming forward to now I typing on a computer that is multiple magnitudes more powerful than the eniac and next to me is a mobile communication device right out of star trek.

When I was in school, we went to the air Force Base and got to look at the NORAD system. It was a maze of tubes and core memory. The air men who kept it up wore t-shirts and shorts. It was very warm! I remember thinking to myself, “is this what is keeping America safe!”

If you haven’t seen it already, you might enjoy another discourse forum: https://retrocomputingforum.com/

(It was another rescue from Google+ using the same script I wrote initially for this site.)

If you haven’t seen it already, you might enjoy another discourse forum: https://retrocomputingforum.com/

In a past post you referenced this site. Thanks to you, I have gone down the rabbit hole a number of times!

@mcdanlj, destroyer of productivity and source of time sinks.

I remember going to the 7-11 to buy replacement tubes for the B/W TV whose vertical hold was always crapping out.

I remember going to Rite-Aid to buy tubes to fix my B/W TV.

After electronics school, I bought a portable BK tube tester and Heathkit color bar generator. Made good money on the side fixing TV’s.

OMG yes I used to get the tv’s that the shops could not figure out how to fix… bad resistor, 4 hrs of troubleshooting $5.
Cant remember the # of time I got connected to B+ …ouch!

Cant remember the # of time I got connected to B+

My first day of class, the instructor handed out wooden sticks to poke around the wiring and said this will save you a lot of pain!

Here is a more traditional form of the same project: this ones for my dad! 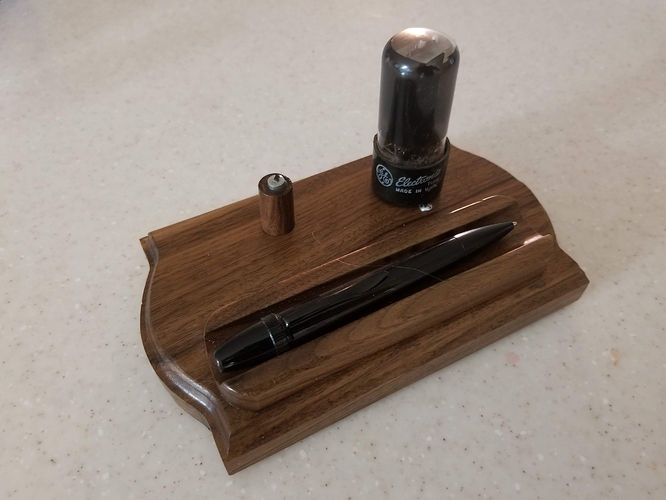 Real radios glow in the dark.