The public are generally fascinated by the 3D Printer I have on display and working in my shop. It’s an excellent conversation starter!

This leads me to the main reason I’m writing this post; I’m very often asked the question what is a 3D Printer good for?

I invariably and inanely say we are waiting for the killer application, just like what happened to PC’s the invention of the spreadsheet which kicked off the PC revolution.

I’ve been trying to spot this killer application for the past year and I think I’ve found it.

Unfortunately it’s not in this case going to be something as simple as uploading some software on to your 3D Printer. It’s nothing special or new, it’s already here, it’s already happening it’s just that nobody has realises its potential.

I note that many people who build a 3D Printer go on to build another 3D Printer, others built single purpose machines like one in particular that fascinates me; a machine that strips and cuts wires ready for inclusion in a shield project.

So what is the trend here? The trend I am seeing is people are building “Robots”.

Now I’m sure we all know that robots will be significant in the future however lately I have begun to realise that the significance is greater and more important to me and you as 3D Printer owners and users, but where does this significance lead? what is the killer application?

First of all you have to change your perception of the 3D Printer itself, don’t think of it as a machine for printing parts, think of it as a specialised robot, a robot with the capacity to create more robots.

Going back to the wire cutting robot, imagine you have a workshop filled with specialised machines, a sweatshop of robots, robots designed and built quickly, cheaply and easily for a particular task with 1 or 2 operatives managing 10 20 50 100 machines! As a contract finishes, you start cannibalizing the now redundant robots to create a new set of robots for the next contract.

With the 3D Printer and with the technology that drives the 3D Printer; the software; the stepper motors; the knowledge you gain, you, I, we are in a position to use the 3D Printer as the first step in building the next generation of robots.

The next generation will be basic application robots like computer controlled plasma cutters, laser cutters, welders and devices not even thought of yet. In other words robots for building the components of more and more complicated and specialised robots, and at a cost available to many.

Another way of looking at it, the 3D Printer has lowered the cost of the entry level factory; manafacturing is now something within easy grasp of the man on the street.

I could go on with my mirandering thoughts, but I think it would be wise for me to take pause and ask you for your comments criticisms and observations.

3D printers killer application is connectors. They are fantastic for making custom connectors for other things.

Also, the InMoov is a good example.

@Brad_Koehn I don’t think there is a killer application for a 3D Printer in itself, what I mean is I cannot see anything a printer could do that would make it take off like the way PC’s did. What I do see is that the 3D Printer represents the first of a new breed of specialised robots.

@Brad_Koehn I like what you said. My interpretation of what you said is that the way printers will develop is by making better and better components with advances in software and material science.

If I interpreted that about right then I should mention that I have already seen posts on the possibility of constructing materials in the order of a 1000 times stronger just by the way that the structure of the material is composed. Particularly taking advantage of the possibilities 3D Printers offer.

I think 3D printing in construction is a killer application. Advanced structures for thermal efficiency making for very “green” buildings. I also like the MCOR/Staples offer. When it can be combined with the IKEA home modeling application a lot of people will buy a print to see in “RL” how the new kitchen will be. The everyday desktop 3D printer need to print cake decoration to be a “killer”

@Duncan_Main posted this link which has some bearing on this thread. 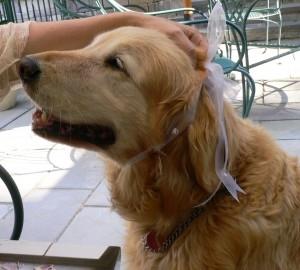 Manufacturing, 3D Printing and What China Knows About the Emerging American...

An emerging manufacturing revolution including 3D Printing is bullish for employment and for America’s competition with China, anchored in new materials science, information technology, and demographics.

Many people with a 3D printer make… another 3D printer, better, faster, more accurate - the killer app for 3D printers at the moment is making a better 3D printer.

When you finally have a lot of 3D printers, you start to disassemble the the not so good ones (survival of the fittest) for parts, to make more ‘robots’. Flying robots, walking robots, snake robots, all made with your 3D printer. So yes, after making more 3D printers, many people seem to want to make other types of robots.

And +1 for massive construction robot 3D printers, I’m really excited to see much more of that going on.