Thank you @ameen.nihad for a bug fix yesterday to SMD pad roundness in the Eagle BRD import widget in ChiliPeppr. See the attached pictures for what the fix achieved. The Eagle BRD widget is pretty amazing these days. 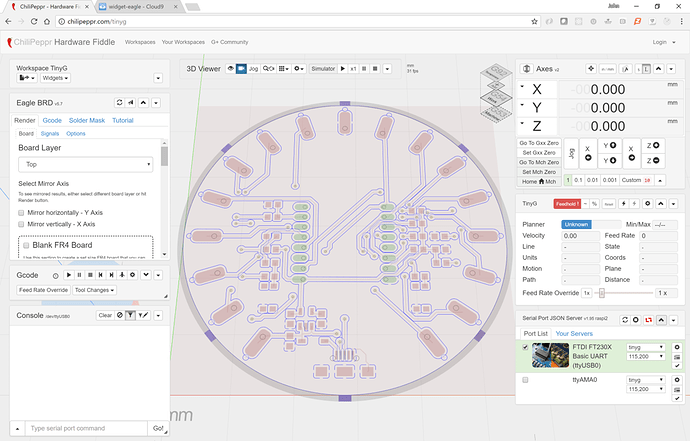 I made two further updates today to the widget, first is support using polygons as pads, in Eagle it’s possible to draw a polygon around a thru-hole or SMD pad and use the polygon as pad shape.
Second, it was assumed that SMD pads are always placed on top layer when designing a package which is not true, this has been fixed now.
Those updates are on my ws: http://www.chilipeppr.com/ameen, will push them to master ws after testing.

Here is a screenshot of Lilypad Arduino USB board which uses the two new features.

I’ll post sample files if anyone wants to test those features.
missing/deleted image from Google+