Subtractive “3D laser printer”?!
According to @Forbes quite common laser cutter/engraver is 3D laser printer. Am I missing something? Typical 3D printers are additive manufacturing machines and engravers are based on subtractive technology (the opposite). Is it a great marketing looping by Glowforge, very cheap work of Forbes editors or I am just too tired to see the innovation changing the additive and subtractive method?

Going to bet glowforge handed them a press release worded like an article and possibly some money and Forbes ran with it.

Glowforge marketing has been like that from the beginning. They have been getting feedback on it, they don’t care.

One thing is to copy a stupidly written press release, another to publish this kind of video interview.

I’m just wondering what will be next.

It’s a marketing gimmick. Note that Glowforge is connected to people from Makerbot…

There’s also that aspect where it could supposedly do laser etching, like on glassware.
Likely how they pulled the 3d part out.

I think there was one company that did a cnc type machine, along with laser etch and 3d printing, but it didn’t go anywhere.

@Ryan_Carlyle I was going to mention the use case for #2 that the folks above are mis understanding. They have a few great examples using cardboard to make topography. I was doing similar to build boxes before glowforge. So yeah 3D I suppose.

If they did this I would be more understanding. 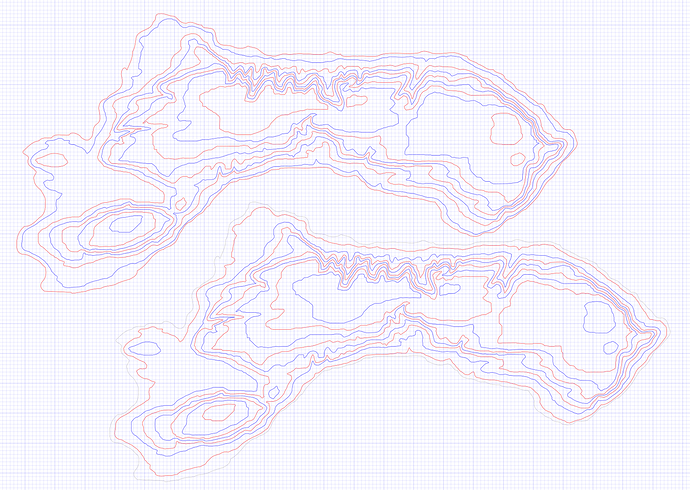 One of the things I’ve been wanting to try with the Glowforge is TOPO maps. Quite a while back I was able to create a vector topo map of Mercer Island, WA using elevation data I found online. For cutting, I wanted to use the least amount of...

they are trying to sell using bad info about the subject, and no, you are not wrong, just plain bad marketing

next time Forbes could write, that a common diesel car is an electric car… it has got a battery, doesn’t it? …the same logic with this “3D” printer

I gave Dan (ceo) a hard time about this when we were interviewed at Make one time. Matt Stultz was more direct than I was- no humor, just critique. It didn’t phase him. I think it’s the marketing angle. Carl got one (he designs and builds our hotends) and actually liked it. Get ready for Dremel to take a big bite out of that market though. Btw, they call it a laser cutter… novel approach

@Brook_Drumm It must be quite hard to let synchronise producers of 3D printers to speak one technical language in English. (Part of my work is to project this technical jargon to my very different Czech language to cultivate it, what is even harder.) But if some cool marketers are fooling customers with this kind of allegories, we are doomed even after almost four decades of additive manufacturing and sharpening its jargon.

with such a marketing creativity you can build just a marketing bubble… and it bursts, always

@Tomas_Vit when you let a non-thecnical person, do the marketing, things get south preatty quickly, they believe things must be simplier for people to understand and make stupid statestments like the one Forbes did, just be striagh with your words and use the proper jargon, people will learn preatty quickly the correct meaning