I’ve been having trouble with my Ender 3. I recently built an enclosure with a heater and installed a new microswiss hottend. Also It has a direct drive extruder. It used to be that I could start a print and walk away, when the buzzer went off I could come back and the prints would be well done. I printed carbon fiber TPU with the enclosure heated to 65c. The prints looked great. but after all the cleanup, it prints stringy, some times at the start and some times in the middle… I’m thinking that Ive toasted the steppers or the motherboard. Anyhow, all the info I get about testing steppers is about Ohming out the phase coils, and I get good reading from that.
Creality steppers run hot anyhow, and my rational says they’re toasted.
I’m tearing it down and re-assembling it before I try printing any more, I’m just looking for suggestions/ directions and ideas as for what to do… and yes I’ve leveled the bed and adjusted my Z offset and adjusted my extruder steps/mm. It printed three good pieces and went south again…

Stupid question, but just making sure… I see “carbon fiber” and “stringy” and I wonder whether the nozzle is worn and needs to be replaced.

new nozzle, used .06 for CF, and put a new .04 on for PLA.
The Ender 3 is defiantly not made for CF-PTU printing temps, nor hot Nylon…
The best thing about building the enclosure is it contains the smell and some of the sound. But the heater fan is pretty loud. I don’t always run the heater fan, the printer keeps the enclosure warm during ops.

OK, there goes that theory.

Do you know of some way to test these other than Ohming the coils… like a dynamic brake.
OR should I be more suspect of the board? It seems that it takes longer fr the bed to heat than it used to. Thus the reason for the complete tare down. some where in the links I’ve faulted the system. either the PSU, contections, wire motor or controller… hmmm.
Yesterday the wife says " you’re always working on that lately, Why don’t you just get a new one."

I’m not aware of a failure mode for the bed MOSFET that would make it take longer to heat up, nor for the stepper drivers which ultimately are also using MOSFETs where it would provide less current. That said, my enclosed printer has the electronics outside the enclosure.

I just have extra stepper motors. My failed steppers have been from bearings not overheating though. So I don’t have any experience to share diagnosing damaged stepper permanent magnets…

I guess the tear down is extreme, unless I put the electronics outside the box. Then it’s a double plus… I could put the old board in for a checksum. If it works fine then its the silent board, reason for an upgrade… If all works the same it has to be elsewhere. .
Oh well the talking part is done, I’l let you know the results

Some Experience from the FDM side of the fence.

A quirk of TMC drivers when they get hot, they stutter. If yours are hot and stuttering, they aren’t broken, just really hot.

I trust that if you are running your enclosure hot in order to work with stuff like Nylon, then you are also Cooling your Stepper Motors and the PCB is located outside the Enclosure?

Carbon Fiber TPU?? This seems a very odd combination. Steel Reinforced Jelly Fish?
I had no idea that this pairing even existed.

Strings don’t necessarily mean failed drivers. I would suspect you to have far worse issue if a Driver failed. Like it keeps stopping, over loads to easily, wont extrude at all, etc.

Mosfet failures. I have an old controller for a Wanhao Mini that failed only because the mosfet to E0 started acting weird. It would only heat to like 219, or would take to long to heat up, causing marlin to throw Thermal Crash errors. Ended up replacing with a Duet Maestro.

Stepper Motors… Never take apart, doing this without guides to separate the core can result in magnetizing one side changing the behavior. I suspect that the coils can be read with a VNA the same as smaller inductors and Capacitors can. Though have never tried.
In most cases the fault is a jam, or a mismatch of the driver and the motors. I have been told such mismatches don’t exist, but I will swear they do. Most motors seem to exist outside the rational mathematical function of the drivers, though they can all force a fit, the motors are generally always misconfigured as a result, and the user will never know unless they have issues. Low Torque, Low Speed, Running hot, all symptoms, and this is assuming that the POT/VREF are tuned right (or Resistor Value, Amps settings for TMC).

I am not sure of the OEM Ender PCB, but the BTT direct upgrade does have a nice sync over the TMC21xx drivers. You might still want to enable the firmware to run a fan any time a driver is operated to help reduce temp.

You are right…
I’m using a Creality V2 Silent board, 32 bit. no stepper coolers
As to the enclosure, I have not moved the board and PSU outside the box. I was using CF PC from Best 3D (Amazon) I was trying to print some brackets. Epic Fail. The bright side is without the heater on the Smell and dust from printing is contained. The heater is a small 500W with an 80mm fan. I created a stand and flume for them that works great. It only gets up to 65c in there, I usually allow the printer to change the ambient temp.
The real issue is that I get the Z offset set and it prints 2 or 3 decent prints then goes off Z offset enough to make the skirt stringy and if I let it continue by the third layer it turns into a mobile spagetti factory…
So, Im going to dis-assemble it and put it together in the enclosure correctly. Im thinking I may even change boards.
How do you make a stepper cooler?

By default Marlin has a function built in to manage a board fan that will only enable when a stepper is used, and then time out after some time after the stepper is disabled. I use that to keep mine cool. Works really well so the fan doesn’t need to stay on constantly. Makes it very quiet.

TMC drives eat most of the noise caused by Steppers, but not all.

TMC need to be kept cool. So if you want to keep the steppers in a heated box, I would suggest maybe having a look at the PC video card liquid cool industry. Really, I would just move the controller outside the box or redesign the external box so that access to the PCB is enclosed and open to outside air.

Steppers are also heat sensitive, though not as much as the drivers. They typically run hot when mis-configured or under very high work loads. I believe some 3D printer developers have designed water cooled solutions for stepper motors. Liquid cooling is almost a requirement for stepper motors in high temp enclosures. Kinda like running solar cells without any kind of cooling, they just don’t work as well.

To determine if heat is your issue. I would suggest to open the enclosure. Load a lower temp material you are familiar with and have can easily setup for. Run your print and or tests in that material. See if the same issue persists. If not then the issue is specific to heat and or tuning, not hardware failure.

That being said a controller retrofit with a heatsync attached to the drivers could be useful as well. But bear in mind, although it will be easier to cool, it is still important to not run your controller hot.

Will the Big Tree mini use the original Ender 3 screen?

That, unfortunately I do not know. I have the BTT SKR MINI E3 V3.0 which is for the Crealty Printers. However I do not have a Crealty. I am retrofitting a 3018. So I do not know what all is cross compatible of the old stock parts. I would like to imagine that the LCD will work, but don’t know.

Inside Marlin are a series of files that define how pins on a board are linked to the firmware. The file for this board has notes that concern what you can and cannot connect for a display. I think mostly listed by source or type of connection. From what I recall most displays require a small modification to their cables to work.

Unfortunately I cannot simply drag the file in as part of the conversation as I can in say Discord.

Here are copies of some of the notes.
It looks as though the answer to your question based on what I just pulled, is yes. CR10-StockDisplay is supported. No Ender 3 stock display is not. But I also have no data on why or how. It might just be an issue of available data.

Will the Big Tree mini use the original Ender 3 screen?

It’s my understanding but not guarantee that yes it does.

as I understand it, the CR-10 display is the same as the Ender-3 display

Well, we’ll find out in a couple of days. I have 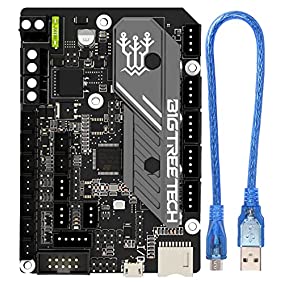 You have a choice between liquid cooling and high-temp steppers, I think. If your existing steppers can’t take the heat, then you either need to get the heat out or replace the steppers that can take the heat.

I’ve been satisfied with a bunch of parts from trianglelab:

Or you can repurpose devices meant for something else: 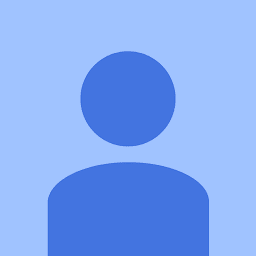 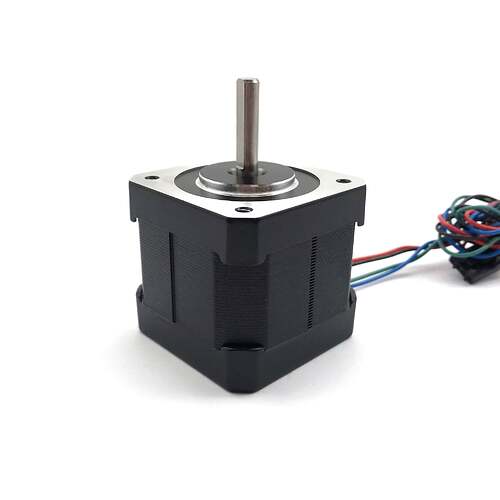 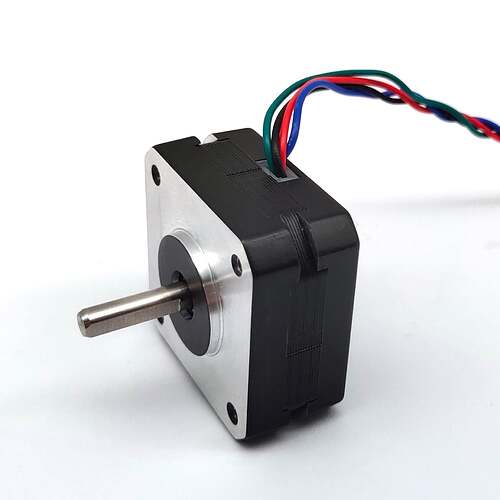 This High Temperature rated NEMA 17 stepper motor offers a 0.9 degree step angle and high torque with a 48mm body length. For use in environments up to 180C. Includes an integrated 800mm length of teflon stepper wire. Manufactured by the community...

if your previous steppers were A4988 or the like then you will find the TMS2209s will run much cooler and quieter. Much much quieter.

Currently it has a Creality V2 board in it. and has been quieter that the original board, BUT I’ve heated them up to about 70C trying to run other filaments through it… She hasn’t been the same since. before, I could run PLA prints sooth and easy with not much attendance. I had it beep just before it would run the purge line and beep at the end of the print. Easy pezy. now it will get to about the third layer and start stringing up an afro. Either it starts skipping steps or it pushes the print loose…
I like my E3 for what I use it for. I like the ida of water cooled steppers, nd the price is not so bad either.

If the problems continue with the new board, the problem might be that the magnets in the steppers were weakened by overheating. In that case, buying high-temp steppers would probably be the most cost-effective solution.