Starting to get done with parts now.

Starting to get done with parts now. The sides are done but I may land up putting another fan in. The front face is going to wrap around the sides, the rear is going to latch into the inside of the beams with some clips I have in my head yet to design.

So far the USB for the ramps is on the left rear, the psu needs a 90 degree cable, Then there is a 4 port powered hub running off the psu. The led on it was hacked and removed and replaced with a blue one on a set of leads for the front panel. There is Video in, HDMI out, and ethernet for the Pi. Then the camera jack will be on the face for the camera ramps (board I designed for making timelapses with a powershot or gopro)

Made my first pile of spaghetti today. Apparently I had a bad connector on my db25 disabling half of Y so it trainwrecked on the last layer. Fixed that already. 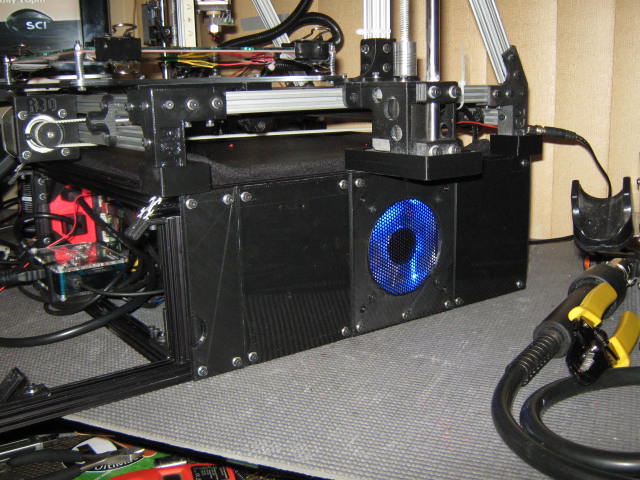 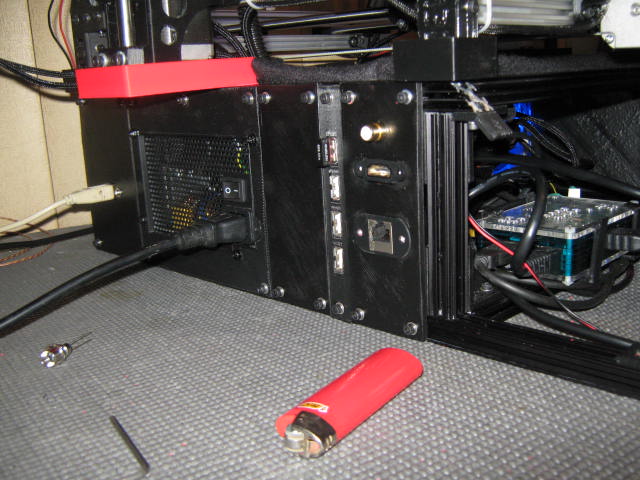 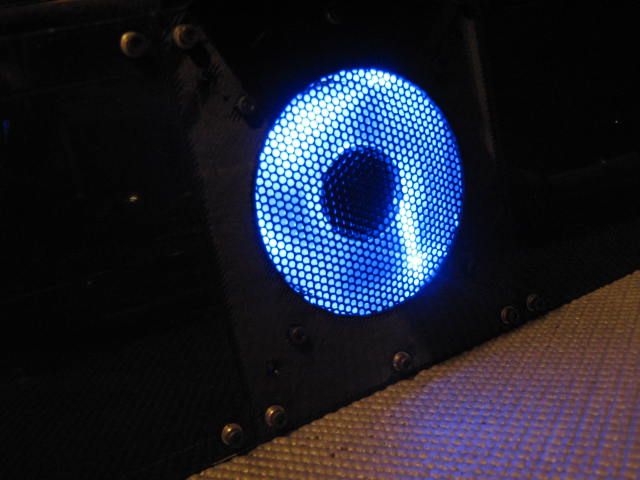 Looking good. I’m trying to get some cash together to get some meters of openbeam so I can make a better enclosure. The one I have is to tight a fit, and I’m thinking of converting the i2 into a MendelMax OB1-Prism it’s on thingiverse. I could make a better inclosure around that than the i2.

And I do have a pi laying around but no screen so I have a LCD controller I would use for the headless printing. And a slimline ledstrip psu.

Nice I’m actually limited to about 75% of my heated bed as I have no frog plate. Ya yours is the one I want to build. Did you get a good deal on the openbeam? Do you have a link to the screens? They have HDMI or are you using a converter?

Its got one male and one female rca input. The male plugs into the pi, and the female will plug into the case. http://www.amazon.com/Camera-Monitor-Support-Rotating-Screen/dp/B007SLDF7O/ref=sr_1_2?ie=UTF8&qid=1367388271&sr=8-2&keywords=7+inc+lcd

It is usable. Its not perfect, but its worth 35$ imho.

No worries, it means I inspired ya and that makes me happy. I rather like questions , I hesitate to do my write up for this because I wonder if anyone would read it heh. Id rather keep building and make it more awesome.

well keep up the good work man, I’ll have to post my low budget enclosure here in a bit.

oh and what software are you using for the pi? to run the printer, in other words repetier-host etc?

In all honesty Its plugged into the pc atm. I have pronterface and octoprint on the pi with wheezy. I just plug the white cable into the hub to set it up for remote control via web with octoprint. The punchline is Im a gimp and never go out

(I just built a pretty nice networked printerstand with remote viewing and remote control , but Im disabled and spend all my time at my desk any way. :D)

Hay well better to have the options anyway than not have them at all ya? lol. me and prontrface don’t really get along it just feels really clunky to me. how do you like octoprint?

The only thing it is missing is the ability to talk to repetier fw. You need to use marlin.

I go back and forth