Start of the fifth day of the 3D printer camp for HS.

Start of the fifth day of the 3D printer camp for HS. Start printing today. 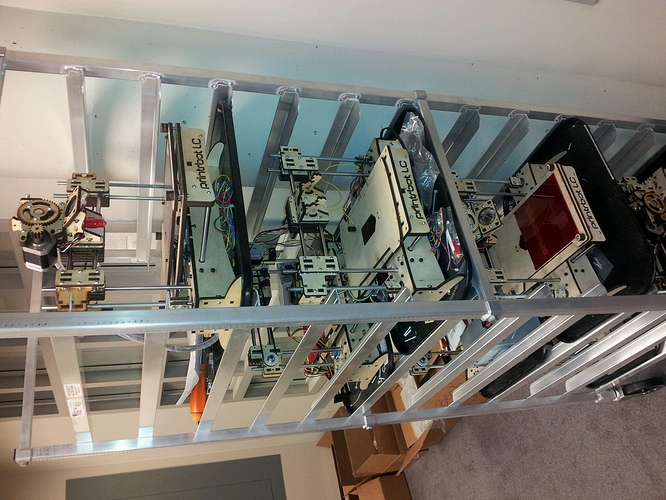 btw you should be able to edit the image and turn it upright.

@catriona_mackenzie that’s criticism on the same level as saying cassettes are killing music. Whoops, that was thirty years ago, and there are still filthy rich companies around selling music.
Don’t be afraid of people getting replaced by 3D printers - and even if there will be a massive shift towards printing instead of building, those folks will be employed otherwise if they wish to.
As an example, a manufacturing plant in my town of a large German car brand has most of their area covered in some kind of automated machines - be it CNC mills, KUKA robot arms welding chassis with minimal human supervision, spray paint robots, automated transport systems - this list would go on for miles. But still they employ 18500 people in that plant and over 100000 around the world - but instead of doing mostly boring, repetitive and exhausting tasks, they now are the machines’ masters and let them do the repetitive work.

Plus there will still be a need for the machines to.he repaied and what not, so there will always be jobs just not the jobs we know today.