So while I have been having issues with electronics,

So while I have been having issues with electronics, I have been making solid progress on the rest my new coreXY build. So I thought I’d share some pics here. Note that this design is heavily inspired by the DICE printer by @Rene_Jurack , just enlarged a bit. The water cooling block I have done up for the replicape may be of interest to some and is the main reason I am posting this here. I can’t vouch for its efficiency, as I haven’t been able to test it with a live replicape yet, but I think it should be complete overkill! 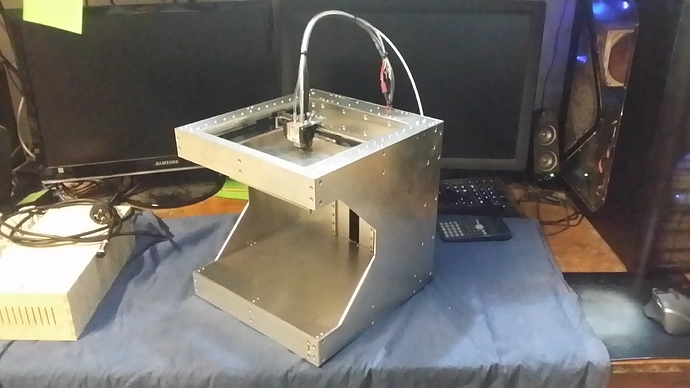 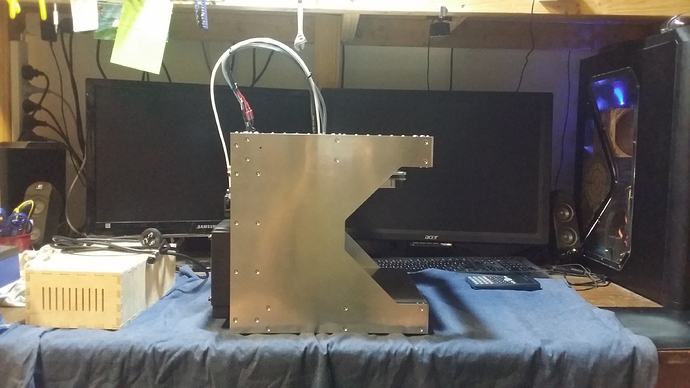 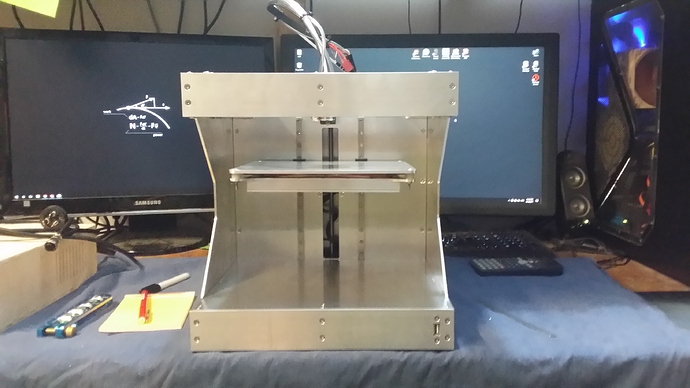 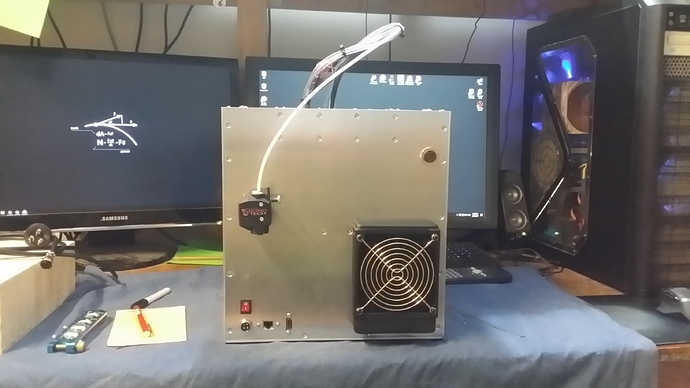 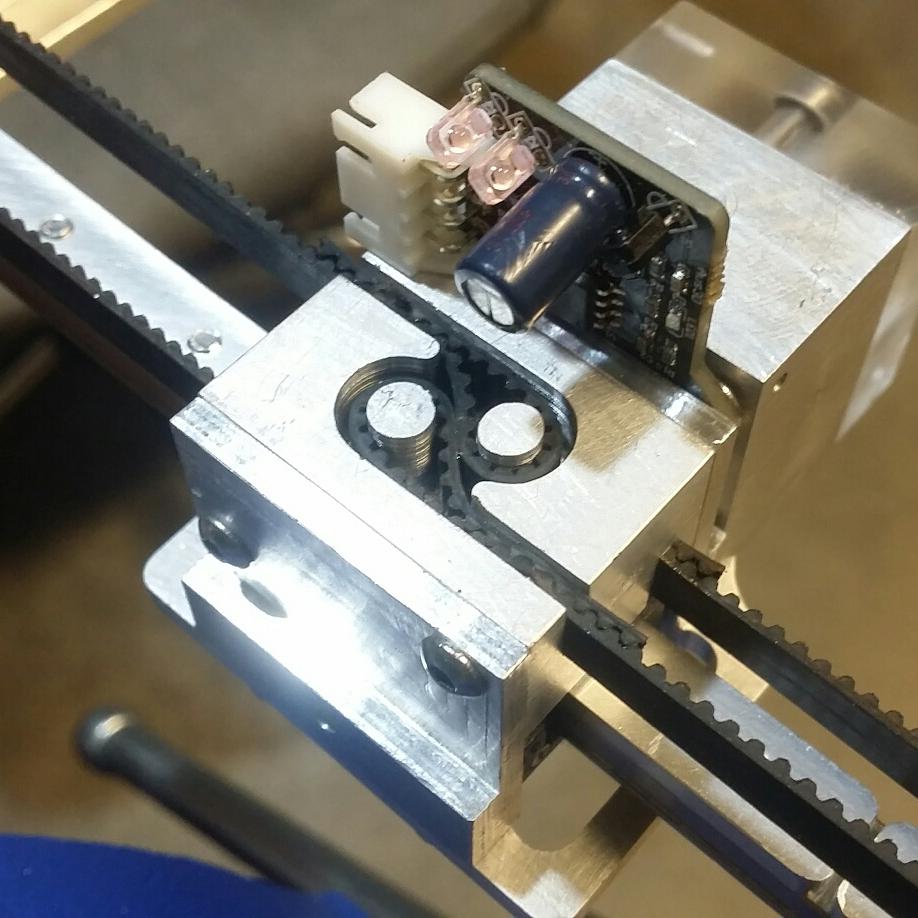 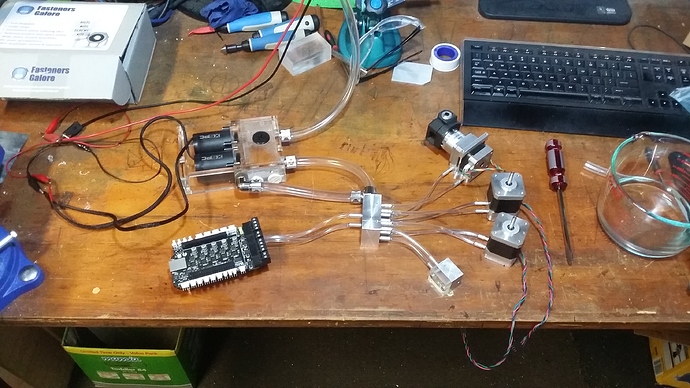 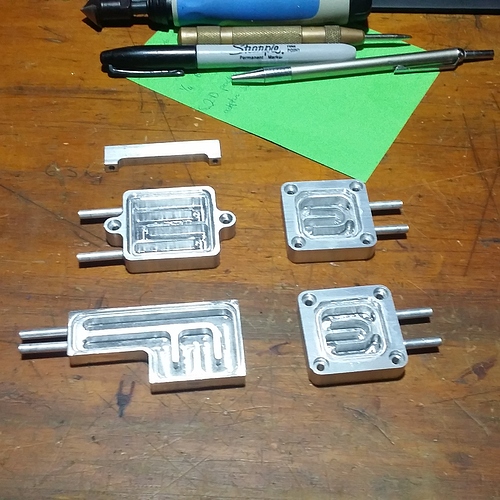 That’s a nice setup! Yeah, the water cooling block for the Replicape may be overkill… I’m able to cool mine with ease using a 30mm fan. But it definitely gets cool points!

@Dan_Cook When I was running my old printer I had an 80mm fan ducted straight through the BBB-replicape gap, and I was still getting overheating. I do have to deal with sub-tropical ambient temperatures though…

Solid build. Did you start from Rene’s files and modify it to make it bigger?

@Step_Cia I started from scratch with images of the DICE for inspiration, so the SolidWorks model is all mine. I am quite impressed with the DICE design because while I tried many different variations in my design I always seemed to end up with something very similar to what Rene had done. Some differences were necessitated by the fact that I currently don’t have a 3d printer, so everything had to be milled rather than printed.