So I’ve got an M3D Micro printer I’m not going to be using anymore because the micro motors they use keep dying on me. I’m wanting to reuse the other parts from this printer mainly the HotEnd but when hooking it up too the Ramps board there is no connection when I attempt to Heat the nozzle. I don’t know of any other printer setup like this where there is No sensor for the temp at all. The M3D just has 2 wires running too it for heating it up and I’m not even sure How it knows what it’s temp is. If anyone knows a way to make this work with just the 2 wires I’d like some help. I thought maybe the wires reversed may do something but still nothing. Just the 2 wires one enters one side of the ceramic barrel heater and the other wire exits the other side.

The transparent looking wires bottom right are the only wires running to the nozzle. All wires on the left bundle are to Fan Extruder motor and Y motor. Set of 4 wire on right upper are the motion sense m3d chip . 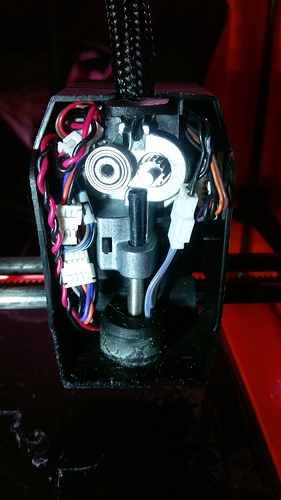 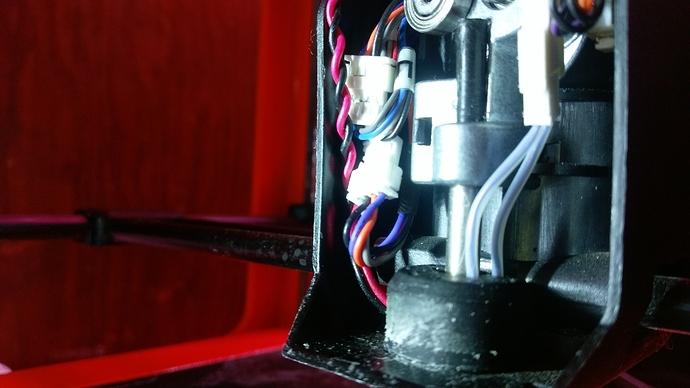 From what I remember they tried to do something innovative with the hotend and actually use the current going through the wires or something like that to know the temperature. There is information on one of the sites. You can just add your own thermistor and be don’t with it because you will never be able to duplicate what they were doing.

Yeah, best anyone has been able to figure, it’s a factory-calibrated method of using the heater resistance to measure the heater cartridge temp. The resistance drops as the heater gets hotter, so you can figure out what the temp is IF you have a special circuit and algorithm on the control board to measure that. Basically, no other board will ever work unless you add a temp sensor.

There’s actually a similar technique being used on some e-cigs. They use stainless steel wire, measuring the room temperature resistance, and use calculations to determine the temperature of the wire. I doubt it’s accurate enough for 3d printing. Some soldering irons use something similar. The high end irons use special alloys the change their properties at a set temp.

I would not be surprised if the heater cartridge was also the thermistor. You can define tables for different thermistors in firmware too, I think. The trick being that the control board has to allow for it. Also, there will be a lag time between the thermistor temperature and the actual nozzle temperature

Well some good news on this. With help from Donovan6000 and some firmware tweaking I’ve been able to implement an external extruder setup with a Nema 17 wade extruder. And it works amazingly.therefore I won’t be scrapping my M3D after all.