So I definitely love this community, I love it in such a way,

So I definitely love this community, I love it in such a way, that I’m concerned about the migration of the valuable content that exists here, since the entire Google+ service will end its activities.

Apparently due to an API bug Google decided to close the service months earlier.
Is there a way to help? What are the plans to migrate to the community? 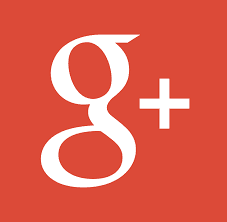 Google+ will shut down earlier than announced due to another API bug and...

It looks like the ill-fated social network by Google simply can't catch a breath. After they announced its closure in October due to a security breach,...

This just feels strange. Google can’t fix an API bug… NOT!
Something else going on!

I suspect Google are just not allocating resources to this project, and want to minimize any further “black eyes” in the press, especially for a product that doesn’t generate any money (at least not directly?).

Na! my bet is something better is in the works. Google will not give away all of the social network real estate. BTE most of Google software does not generate $ directly ;).

I think closing it down because of bugs they fixed before anybody knew about this is BS.

More likely some G exec doesn’t like it and was looking for a reason.