Model making and 3D printing
So I decided to try and make a miniature model of the hunter special infected from Left4Dead2. This is the process from 3D printer to finished figure. This is has been achieved on a cheap hobby 3D printer and the quality would’ve been a lot better if it had been printed on an industrial-quality 3D printer, but overall I’m fairly happy with the result 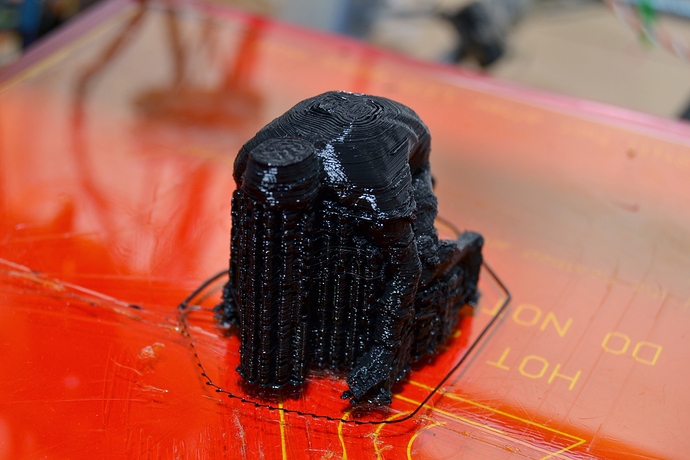 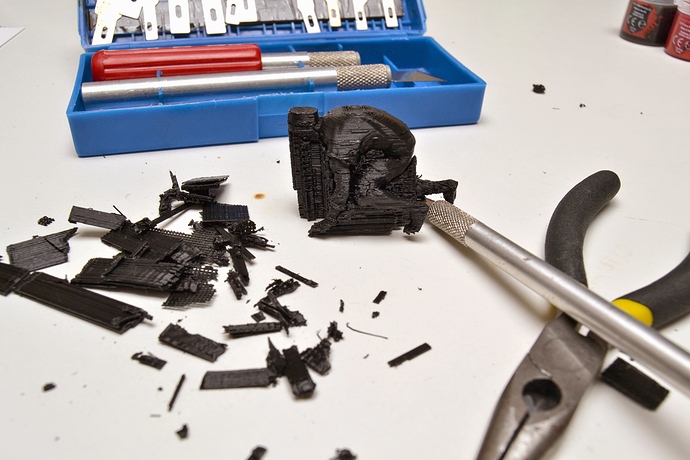 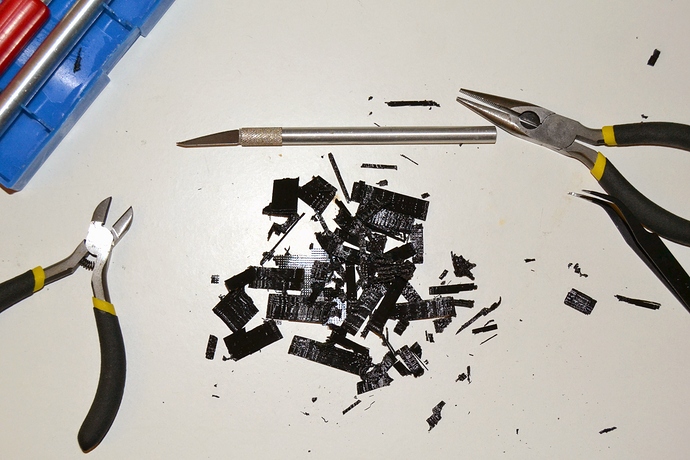 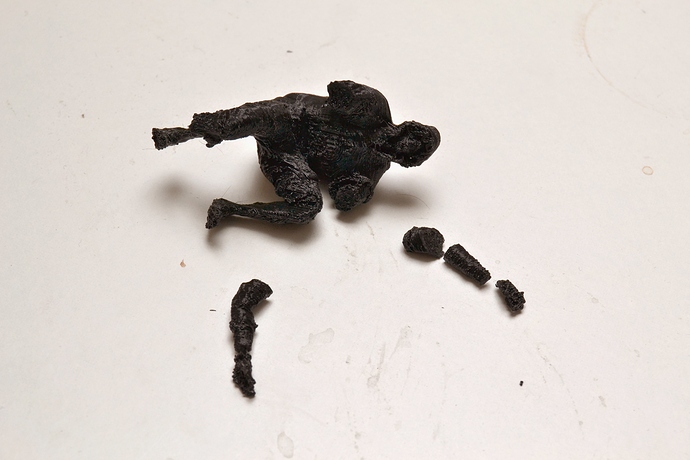 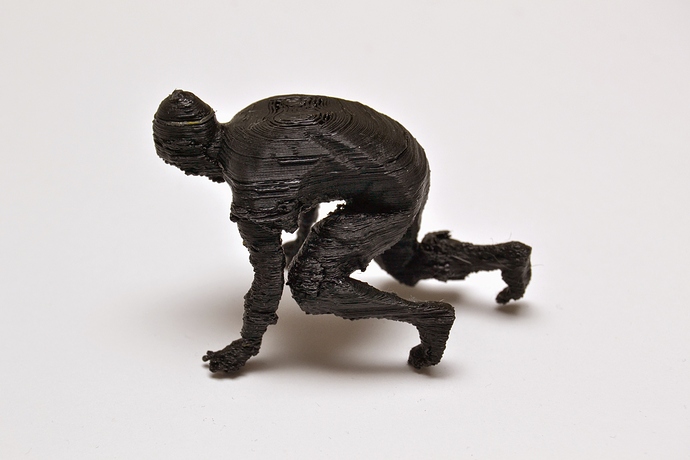 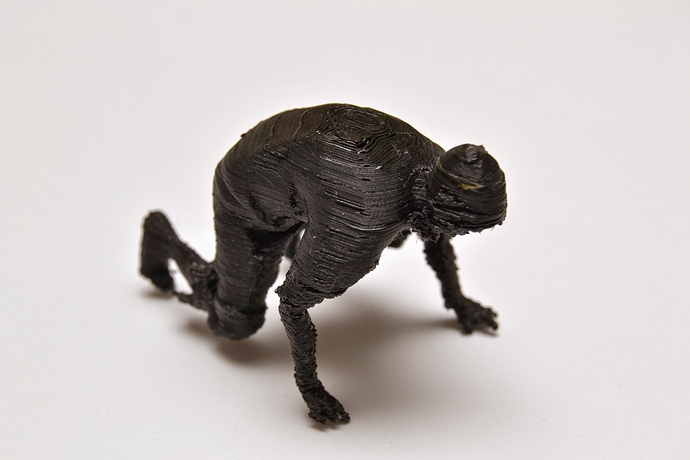 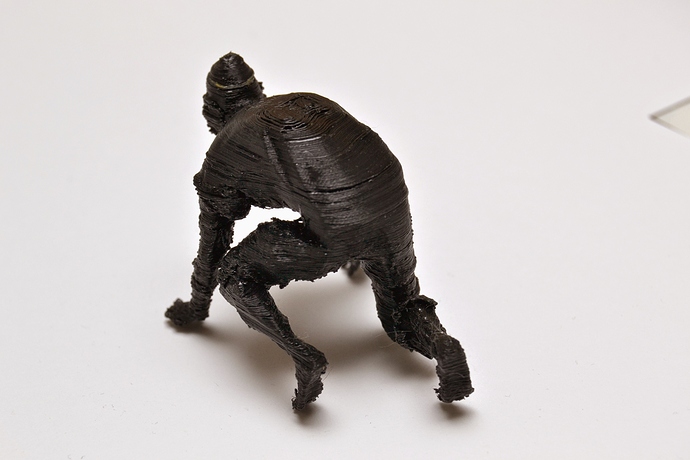 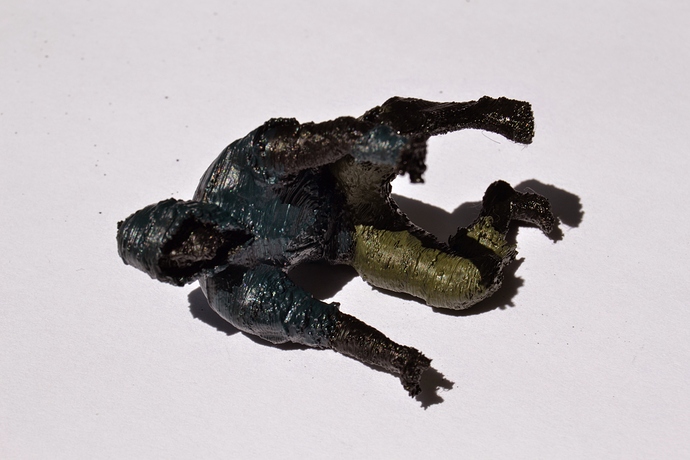 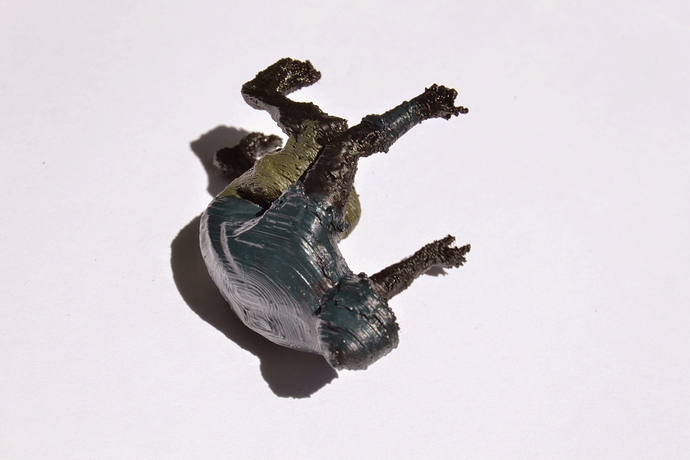 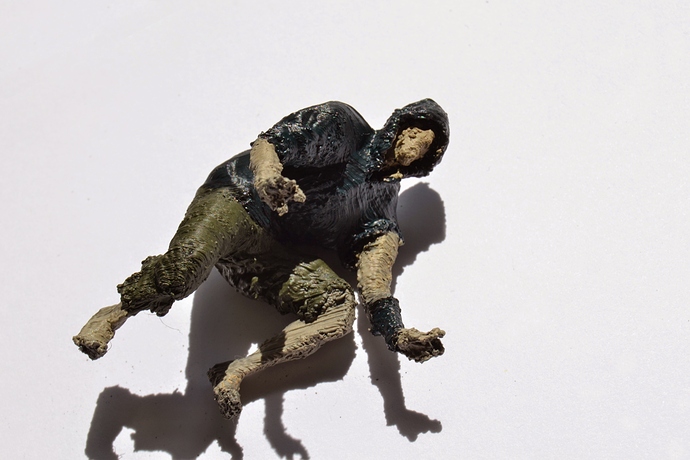 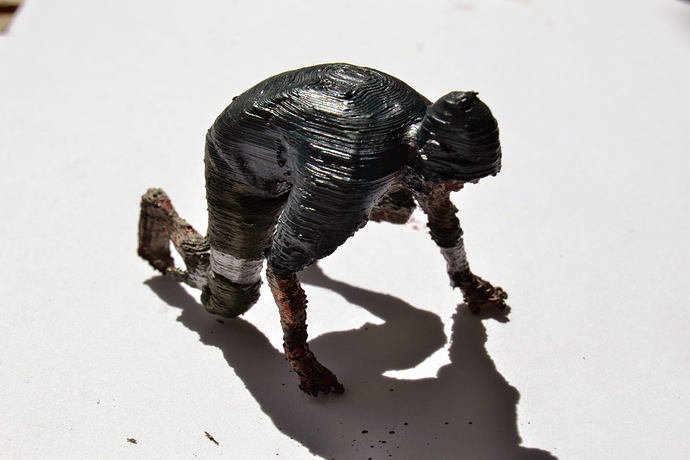 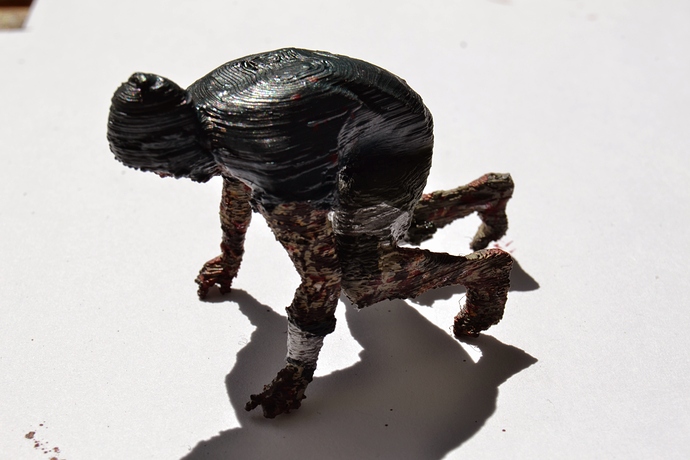 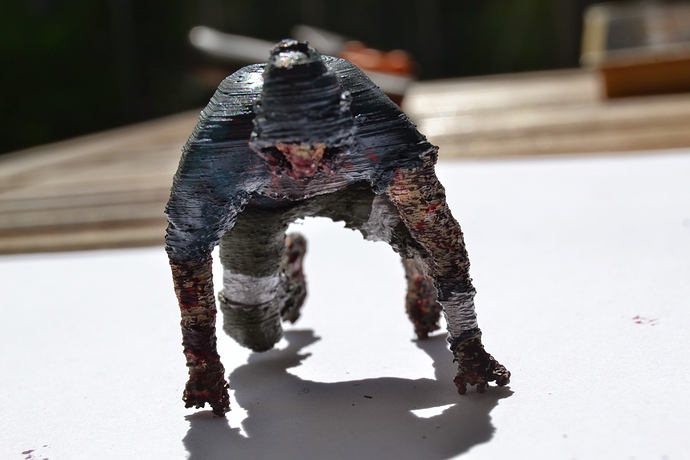 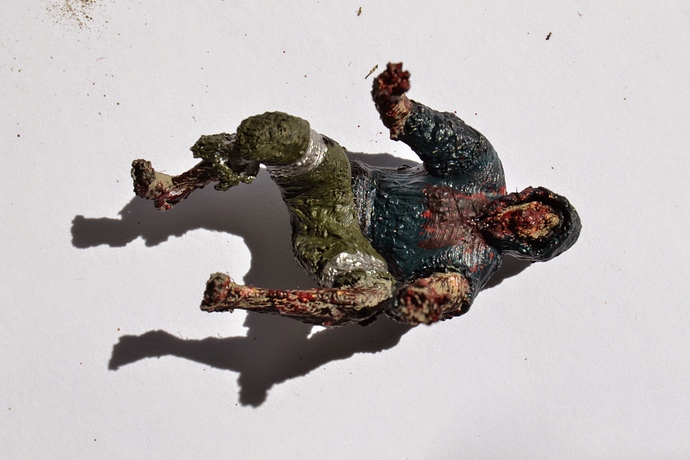 Mostly just talking about picture #4. The rest of it looks great!

Nice work Thomas. What slicer did you use and how did the support material come away? Looks like a good candidate for ABS vapour smoothing. Are you inclined to share the source file?

@Tim_Rastall I used slic3r. The support material was carefully cut loose with an xacto blade. This was printed in PLA, but otherwise I would’ve tried using vapour smoothing

I’ll probably release the STLs once I’ve gotten all the special infected done. I’m not sure about Valve’s opinion on releasing the source files, but I think it would fall within fair use?

Did the supports come away cleanly? I ask as I’ve found that reducing the extruded width of the support to a level where is only just holds together makes it much easier to remove without endless hours of scraping with a knife. With a 0.35 J-head I have the support extrusion width set to ~0.2mm, with these setting the supports only really bond to the models on horizontal overhangs.

I can’t seem to find anywhere where I can set the extrusion width of the support in slic3r?

I think I saw something in here about smoothing PLA.

http://www.thingiverse.com/thing:98268 is for making things flexible. Carburetor cleaner or 90% kerosene may do the trick according to that post.

http://hackaday.com/2013/06/07/smoothing-pla-printed-parts/ should help with the smoothing. No idea if it makes things flexible or not. It seems many people say that stuff is some pretty hazardous stuff. One person suggested acetic acid as an alternative.

I have no idea if you can do both techniques or if doing so would be dangerous. I am just good at searching for things.

THF looks like the winner for PLA smoothing but it’s not as easy to get hold of as acetone and the whole Mutagen/Carcinogen thing is a bit of a worry :).

Yeah, THF is a lot nastier than the article on it claims.