So been remixing the plaque design for other groups I'm involved with.

So been remixing the plaque design for other groups I’m involved with. The first one is Masonic, with the working tools of Freemasonry in the background. The other is for my college fraternity (Pi Kappa Phi) with the chapter name (Gamma Theta) in the background along with the pirate because we called ourselves the Gamma Theta Raiders. 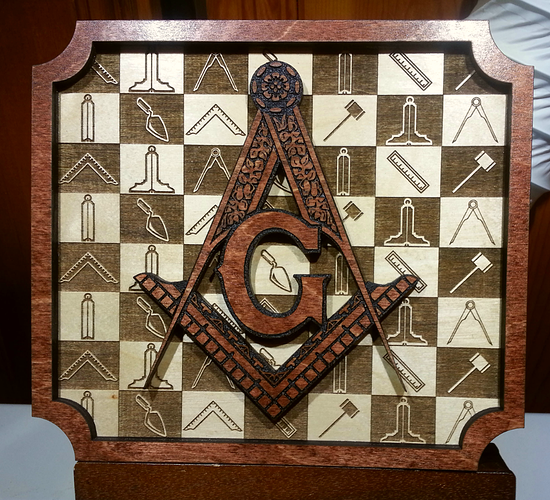 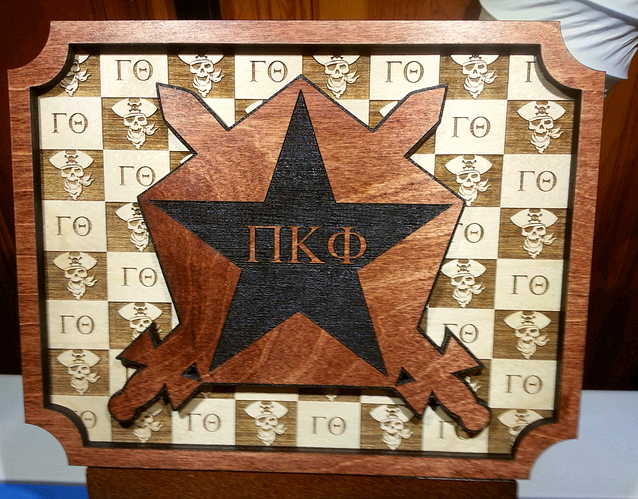 Are you staining the frame pre or post laser?

Pre laser. The frame and the center are both cut from the same piece. Stained, sealed with a couple coats of lacquer, masked, etched/cut and then the centerpiece etching painted.

Thanks brother! I’m going to make an edge lit sign for my lodge in the near future I will pass on the plans if you are interested

What equipment do you have at your disposal? CNC router? Or just a laser? Also are you wanting a wall hung or table mounted sign?

Just a laser at this point, a cnc router is on my wish list though. I was thinking about a table mounted sign.