I’ve been rebuilding my printer (custom build) and since construction finished I’ve had two problems and am beginning to think they are related.

The printer operates fine under manual controls. I can home, probe, heat the bed/hotend, extrude, everything. However, about 33% of the time when I start a print, the sequence will fail after the homing cycle. Each endstop will be triggered and, as the hotend moves to (0,0), all power will cutoff and the status LEDs will stop blinking. The LCD panel is unresponsive, so I power cycle to restart the system.

The crash occurrence dropped when I switched from the USB connection to direct from SD, but it still happens occasionally. On USB the crash happened >75% of the time.

I am having a problem with my board suddenly changing the z-axis position of a layer mid-print. This failure is happening at the same height of every model I’ve been printing.

When I was testing retraction settings I finally watched the failure occur. During a layer change, my printer will move the bed down farther than a regular (at least twice as far) and then not return to the correct height. It will do this for a couple of layers and then return to normal (although I’d eventually abort the print, so it may continue to happen later). This happened even with retractions turned off. What I suspect is either A) entire blocks of gcode are being skipped or, B) the gcode command for the layer change is occurring and the bed will move but the firmware is not updating the current position.Then the layer change is repeated, resulting in a gap.

What I don’t know is how to test this and fix it, should that be the actual problem. Any ideas, anyone? 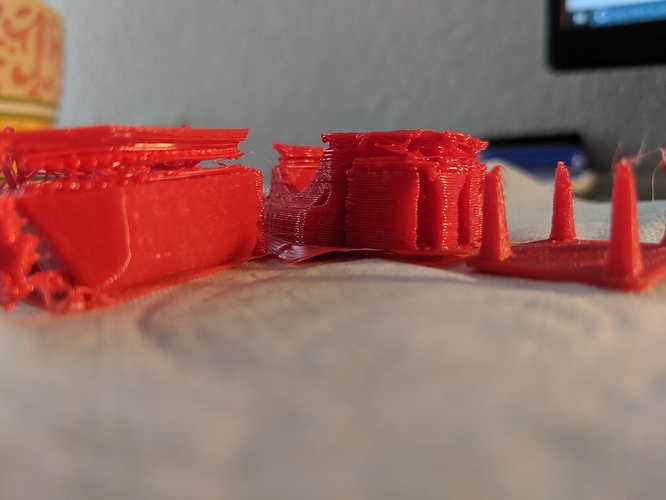 You might be runnng out of ram, try disabling some stuff in config and see if the problem goes away that way.

I disabled as much as I could while leaving the printer functional, but there was no change. I also cleaned everything out of the config file that wasn’t being used.