We use this fan to suck all the smoke from the cutting process. It works pretty good. From time to time we have to clean the inlet, to prevent clogging when cutting mainly MDF. So far so good. 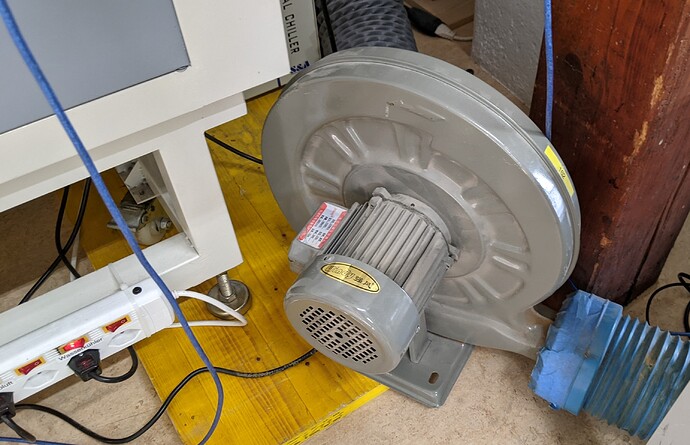 The downside of this installation is noise. Especially when you have to work in the same room and the machine works 8 hours per day. We plan to replace the fan with a quiter one like this: 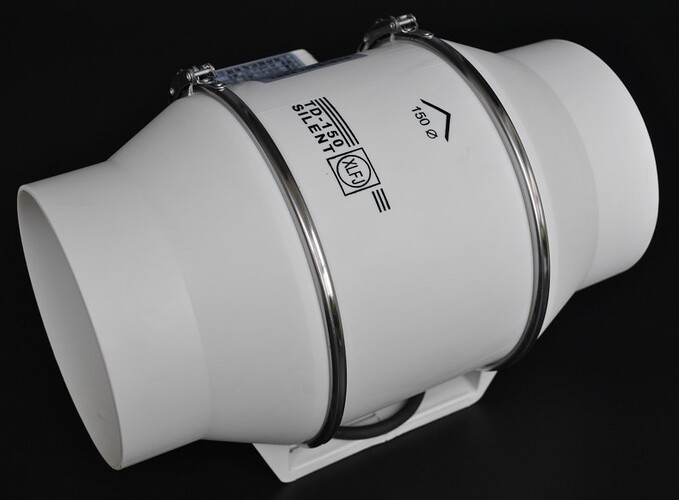 The 6" fan should fit our needs pretty good and is cheap enough for a test. What do you think about this replacement?

The axial fan might work; 3 meters of 150mm tube is fine for an unimpeded axial fan as far as I know. It’s the impedance of the laser cutter case itself that I’d wonder about, as well as how tight the air seal is for the building it is running in. 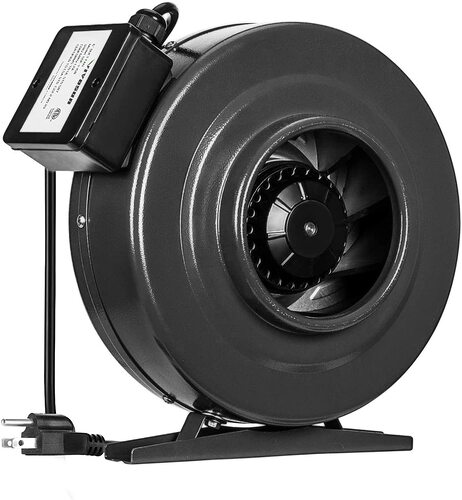 While amazon currently lists that particular part at a slightly higher price at least in the US, I’d expect that you could find something like that on aliexpress for not tremendously more money than the axial fan that you linked to. Worth considering anyway.

Thanks @mcdanlj you for your feedback. I very appreciate it.

Do you control the speed with a regulator?

For velocity, I meant air velocity not rotor RPM; the radial/centrifugal fan I linked to has a wider air cross section and larger outlet, and I merely expect but do not know that it is designed to produce a lower volume higher velocity air stream than the kind of fan I linked to.

I had to put aside work on my laser for a while for work-related reasons, so I still haven’t fired it.

I can see the light at the end of that tunnel so I’m hoping to change that soon though!

I did power up the fan to test it and it didn’t seem obnoxiously loud to me, though, even when it wasn’t vented which should muffle it some.

My (lack of) experience is minimally valuable here. I just know that fluid dynamics is complicated and that axial fans just stop moving air at all with surprisingly low amounts of impedance. So at the very least you would want to do a smoke test to make sure that it is actually sucking fumes out of your laser cutter.

That 75 W mixed-flow inline fan won’t move nearly as much air when you hook it up to some ducting and your machine. (But it might be still enough.)

It’s also not clear what type of motor it is using. A BLDC motor is extremely efficient while a shaded-pole motor, for example, is very inefficient. There can be a very huge difference between two “75 W” mixed-flow inline fans.

The size of your machine is also important. A larger machine needs a lot more airflow.

Two other options you could consider are moving the fan outside of the room or putting it in a box.

Since the fan doesn’t use the air which goes through it for cooling, the box would require some airflow.

Anyhow, if your machine isn’t super large, that mixed-flow inline fan will be probably okay.

Here is a link to a great discussion on exhaust fans.