Shelf bracing made from channel strut

We keep our heavy bulk food (water, canned goods, etc) on what are generally heavy-duty shelves; 2’ deep, 5’ wide, 6’ tall. However, the shelves are 3/8" chipboard, and they sag a lot. We’ve been worried that they would break through.

I bought some heavy-duty channel strut: 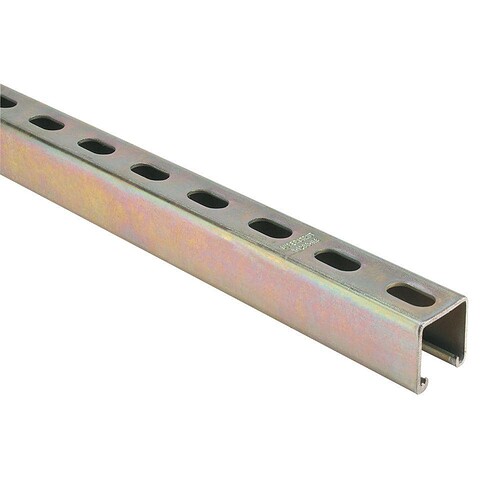 The Superstrut 1-5/8 in. x 10 ft. Metal Framing Channel can be used for framing and mounting and for constructing load centers and vertical pipe supports. With a gold-galvanized finish and a half-slot

After measuring the shelves, I cut sections 1’ 11 13/16" long, and then cut 3/8" off each end except for the top. I rough-cut with a saw and finished on the mill just because I have one, but if I didn’t, sawing and filing would have just taken a little longer. Here’s what one end looks like, partway through filing: 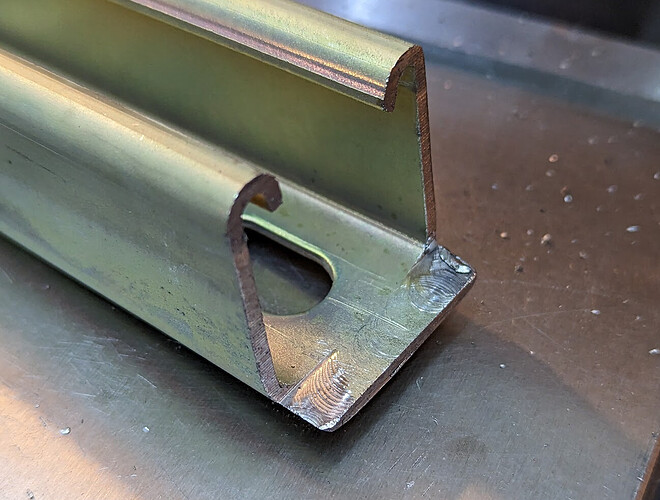 Even with a mill, I discovered that I really wanted to rough-cut with a saw; I stalled my mill hogging it out on the first attempt. After that, I used the horizontal band saw for the longer cuts, and a hacksaw to cut the tabs off: 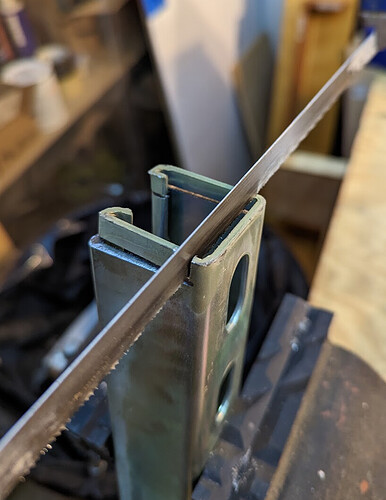 I used a corncob mill for finishing. After rough-cutting with a saw, it was pretty quick work; the mill was short enough that I had to do two passes, but after the experiments on the first two braces I made, the last three took only about two minutes per end to cut, and maybe one more to file smooth. 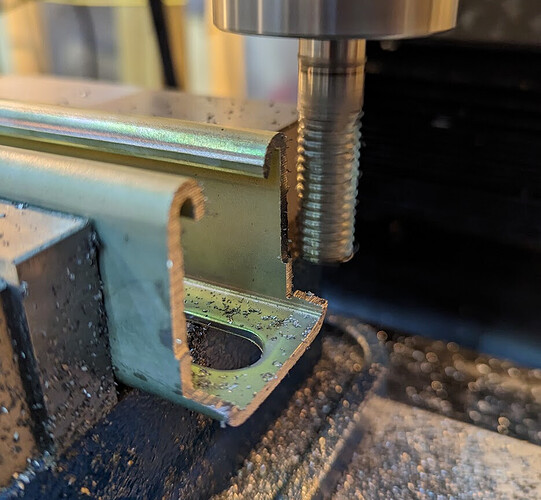 Sadly, I forgot that I had to synchronize my cuts with the holes in the base of the strut at one point, so I have one piece that looks like this: 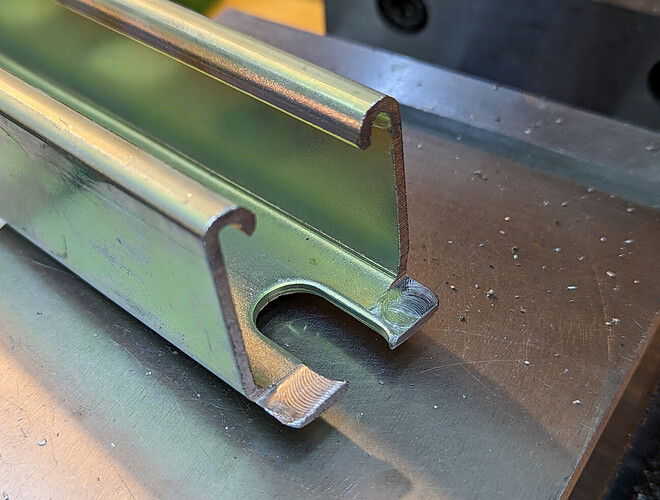 That one is installed under a lightly-loaded shelf. 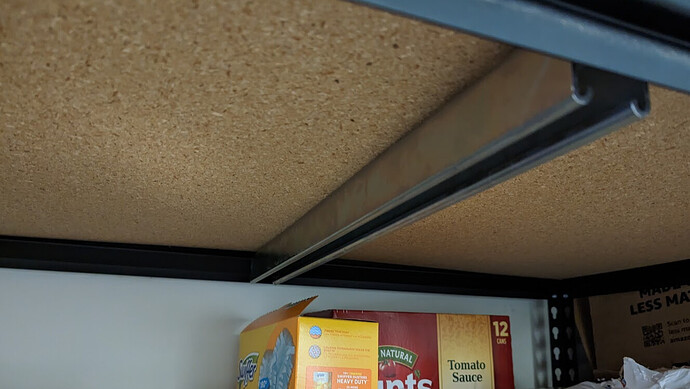 I have one under the middle of most of the shelves, and two spaced roughly evenly beneath the most heavily-loaded shelf. It no longer appears that the shelves are about to snap, and we can use the space more efficiently now!

If I were doing this again, I would consider using the lighter weight channel strut. It appears that what I bought is overkill for the purpose to which I’m putting it, and the rolled edges extend about 1/4" below the bottom of the shelf supports. 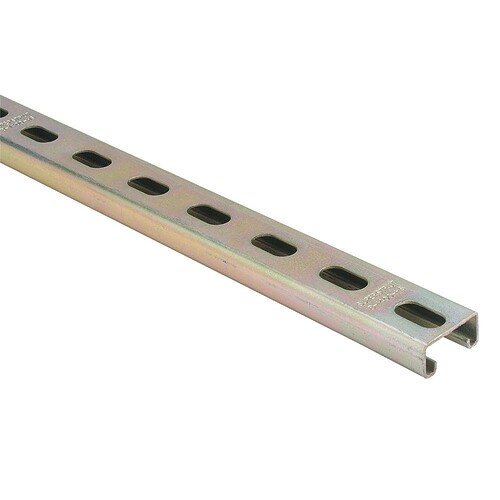 The Super strut 1-5/8 in. x 10 ft. metal framing channel can be used to create a trapeze for conduit and mechanical piping. The channel has 14-Gauge metal construction. The item can be cut to shorter lengths.

The same thing could be done, of course, with rectangular tube, but this was cheaper when I bought it and gets the job done.

Rectangular tubes might also work but they don’t provide as much opportunity to make t-slot type hanging fasteners.

Didn’t you get the longer legged ones so you could slip in some T-slot and install hooks or hangers?

Nicely done but I probably would have done it all with an angle grinder/cutt-off tool. Makes lots of noise, throws sparks and feels manly. LOL

I could have done some of the finishing on the belt grinder, which also makes sparks, but there’s something satisfying about using a file, I guess.

Speaking of angle grinders… My son and I have a piece of granite that we want to cut down, and apparently a diamond blade in an angle grinder is a good way to do that.

Wearing good respirators as well as eye and ear protection.

I have the angle grinder, but haven’t yet ordered the diamond blades.

Speaking of angle grinders… My son and I have a piece of granite that we want to cut down, and apparently a diamond blade in an angle grinder is a good way to do that.

yup, when I remodeled the kitchen I found some inexpensive stone countertop blanks and hired a guy to cut and fit them. When it came time for the short splach walls he’d cut them at the shop but also did some cutting onsite with a diamond cutting wheel and angle-grinder. Could tell he’d done it a few times as the cuts were straight in both dimensions.

I’ve noticed that sagging issue with the decking on shelves like that before. Nice solution!

I built heavy duty shelves in the garage. Instead of metal bracing, I used fir 2x3’s. Yes, that’s a real size. And instead
of MDF, 3/4" plywood. No hint of sag.