Ok, brief waffle on where I am, I’ve got my sbase 1.3 in my k40 running, but I’m a fiddler, I can’t not fiddle and play, I’ve smoothieware running on the board, works well, but…I’ve heard loads about grbl LPC and would like to try, I’ve been compling marlin for years, but for the life of me I can see in grbl how I get the laser on/pwm pin to 2.4 my sbase has a dead heatbed MOSFET so rather than bin it I wanted to get the best out of it,

I could just leave it alone with smoothie and look towards a marlin firmware build, but I’ve heard marlin isn’t very good with lasers, never tried but willing to have a go after grbl, surely it can’t be that hard the pin map

Sorry for waffling on

I think I’ve found it, I assume I don’t have to change the wire from the MOSFET negative to LPS l

The only advantage of grbl-LPC is speed, but it has a few disadvantages, like not supporting Displays or SD cards. It’s basically grbl 1.1f ported to LPC176x MCUs.
Smoothieware has much more configuration options (without recopiling).

If you want to do faster raster engravings, it’s probably worth to try grbl-LPC.

The configuration for the PWM output is done in cpu_map.h. My fork has a section for each supproted board in cpu_map.h, which can be selected in config.h. 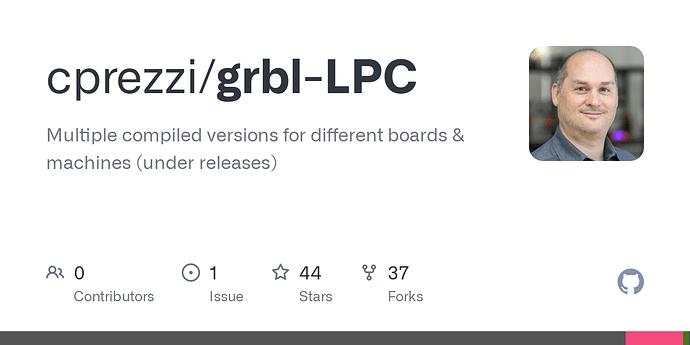 Having PWM on pin 2.4 instead of 2.5 is allready implemented with a compile switch. You only need to re-activate line 43 in config.h.

Thank you, yes that’s where I thought was the correct line, I may compile and have a try, the same with marlin, have a copy written